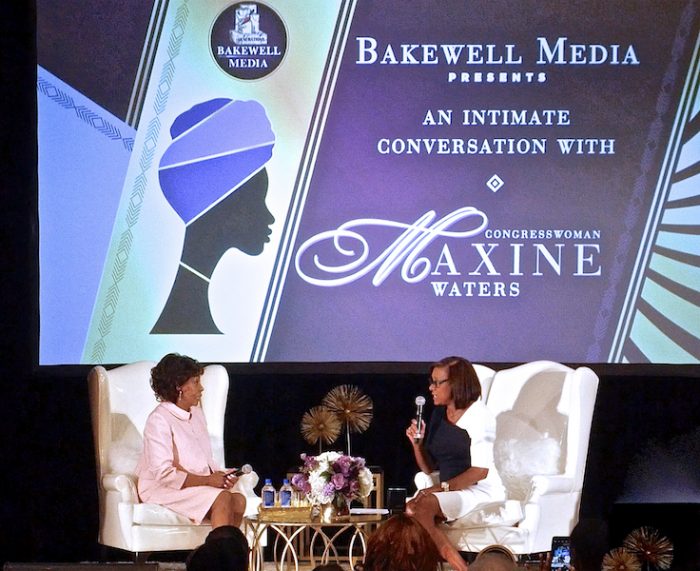 In honor of Black History and Women’s History Months, Bakewell Media held its first annual Power, Leadership and Influence of the Black Woman event as a tribute to Black women leaders in various fields and industries. The event was a resounding success and acknowledged the motivational and inspirational Black female leaders, both past and present, who have helped define the meaning of Black Girl Magic with grace, style, strength and power.

Upon entering the venue, hues of plum represented royalty, power, wisdom, and independence and accents of gold exemplified elegance and sophistication, setting the tone for the evening and highlighting the true greatness of the Black women who were in attendance. 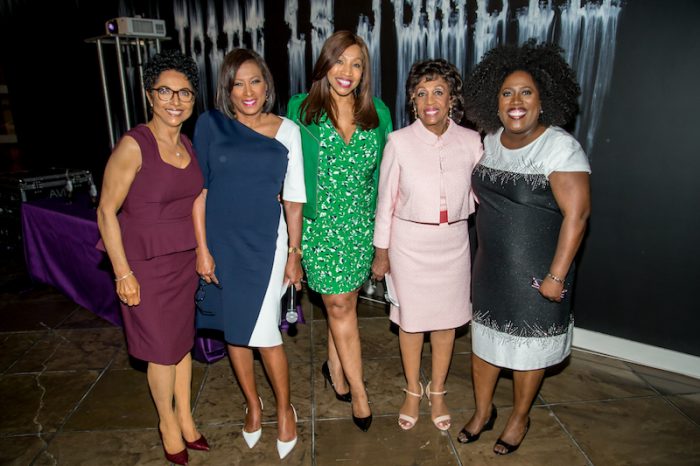 As guests entered the museum, they were able to observe the iconic images and biographies of the influential Black female leaders being honored, as well as the powerful legends to which the awards were named after.

With the venue filled to capacity, chairman/CEO of the event, Danny J. Bakewell, Sr. was proud of its immutable success.

“I believe we have set a foundation for a place we can honor and contribute to the influence of Black women for years to come. We look forward to cultivating and continuing to honor the legacy of Black women, those who have enriched our communities and our families,” said Bakewell, Sr.

The event kicked off with remarks from the event’s moderator, Underwood, who brought a comedic spin to the evening by putting into perspective the phrase “party with a purpose.”

“Tonight, we honor Black women who shaped America’s history and future, through their tireless commitment and unwavering perseverance in the areas of politics, community activism, arts and entertainment, entrepreneurship, and in corporate America. Today, we have broken down walls, we’ve pioneered and persevered, we’ve endured against all odds forged in the past, and we’ve created new avenues and new paradigms of leaderships. The visionary leadership and influence of the Black woman is not only heard but felt,” said Underwood.

“[Whether] on Capitol Hill or in the inner city streets of Los Angeles, the collective voice of Black women continues to make a difference. Look around; the Black women here tonight represent our illustrious past, exceptional presence, and the hope of an inspiring future. It’s more than just a hashtag, Black girls rock and so do Black women too!”

The feature of the evening was an intimate conversation with Congresswoman Maxine Waters, moderated by Pat Harvey. Waters graced the stage as lyrics from Aretha Franklin’s “Respect” blared out of the speakers, the perfect song selection capturing the essence and power Waters has shown and demanded while in office.

Soon audience members began to stand to their feet and sing-a-long as a slideshow played in the background, displaying images of Waters throughout her personal and political career. After the slideshow came to an end, there was uproar of applause from attendees as they took their seats anxious to hear what the Congresswoman had to say.

During the discussion, Waters spoke about her upbringing in Kinloch, Missouri, the inspiration behind her campaign for office, employment in the Black community, the power of the Black vote, White House breaking news and other pressing issues affecting Black men and women. 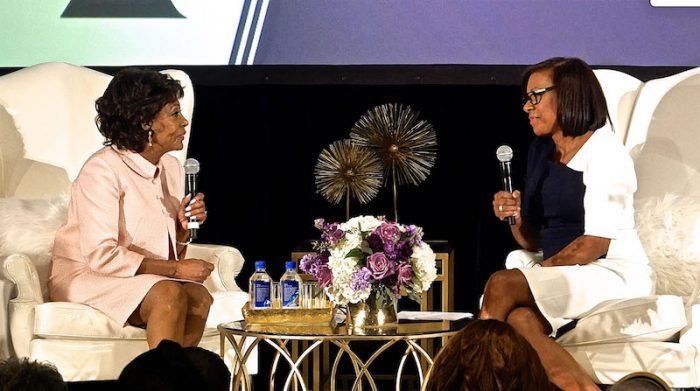 Below is a brief transcription of the interview:

Pat Harvey (PH): You went into the assembly in 1976. Was it because of your experience as a teacher in the Head Start Program and as you say seeing these different politicians or was there someone in particular who inspired you to run for office?

Maxine Waters (MW): It was the height of the women’s movement. I started working with women’s’ groups throughout the city and throughout the county and some national groups and it was because of that movement that helped me to understand that it was possible for me to be elected into office.

PH: We have heard over and over that the employment in the Black community is at the highest it’s ever been in the history of the country.

MW: As you know, we have been fighting to increase minimum wage. So many of the jobs that are in the Black community that Black people are able to get, are jobs that have very low pay. They are at entry-level wages and that’s another problem that we have. The wages have not increased in this country. The tax reform bill the President headed up, his initiative really did benefit the richest one percent in this country. Many of our big corporations and banks and others really did benefit. They were able to realize billions of dollars and many of them said they were going to improve the wages of their employees. Many of them said that they were going to invest in the companies, and that they were going to expand so that they could [make] more job creation but we found that isn’t really happening.

Some of them gave a one-time bonus of a thousand bucks and that’s it. So this is a big issue for us. It’s not simply whether or not we have [exploded] new jobs in the African American community. We have not. We have not [exploded] new jobs. We’ve got a lot of the low-level service jobs that have always been available and people have basically taken the jobs out of desperation because they didn’t have any other place to go.

Now, In addition to what I am doing with the [United States House Committee on Financial Services], I have created for the first time in history a sub-committee in my committee on diversity and inclusion. What I am going to do is I am going to be looking at both the public and the private sector and many of our private sector corporations do have something called diversity and inclusion but nobody is at the top management level even at the main management level so few people are. So we are going to be investigating the so-called diversity and inclusion at all levels in the private sector, in the public sector and the government of where we have not had real inclusion. It’s going to be a lot of work but it’s worth it. The people of this community, of this city, of this state, did not send me to the Congress of the United States to look for a [perk] for myself they sent me there to be a voice for the community and I enjoy doing it, I love it!

Another highlight of the evening was the speech Grace gave regarding the magic and power behind the influence of Black women, which left the audience feeling, empowered and inspired.

“Imagine this world and how powerful you can be as a Black woman and as a woman of color. Open your eyes and look at your neighbor and say ‘neighbor welcome to my world,’ this is what is happening right here, right now. You are powerful and I need you to own that and I need you to recognize your consumer power, your Black woman power and own that magic, lean into it and be proud of it because you are some bad asses.”

Throughout the remainder of the evening, the attendees also heard from the event’s premiere sponsors Law Firm: Ivie, McNeill & Wyatt and Bank of America. 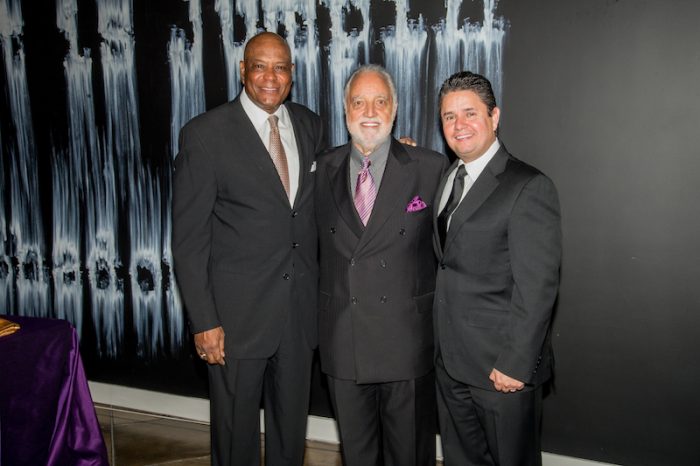 “Black women have been so successful, not just in L.A. but throughout the world,” said president of Bank of America, Greater Los Angeles Market Raul Anaya.

“Women make up more than 50 percent of Bank of America’s global workforce and more than 45 percent of our U.S. based employees are people of color. So, the purpose of this event definitely reinstates with our company’s values, and our nearly 8,000 employees who work and live in the Los Angeles area. It also underscores our commitment to diversity and inclusion and our investment in women leaders like our very own Michelle A. Avan. I hope tonight’s amazing speakers and honorees will inspire us all to ask ourselves the question, ‘what do we want the power to do for our communities, for Los Angeles, to make Americans proud to work side-by-side with all of you?’ [Thank you and] we look forward to enabling more opportunities in our community,” he said.

President and founding partner of Ivie, McNeill & Wyatt, Rickey Ivie, stated: “Celebrating women in our community is something that we should do and we should do it often. I’m pleased to be here and pleased to be a part of celebrating the heroes or should I say sheroes. I hope that through this process of celebrating women and honoring women, that we will walk away tonight a little more inspired, a little bit more determined, and a little bit more efficient for our community, and we get a better understanding of what it takes not only to survive in this environment but to thrive in this environment. We have examples [of them right here in this room] and it’s important to recognize them and it’s important that we celebrate them.”

“Tonight we shine a much needed spotlight on those who without fan fair and often without difference in our daily lives, get those accolades. Many of them are in businesses and different communities and we love them all. There’s enough power, leadership, and influence in this room to not only change the city of Los Angeles but to change the entire world and we are doing that,” said Pamela Bakewell.

Waters received the first award of the evening named after pioneer activist Johnnie Tillmon for her legislative leadership and unwavering commitment and advocacy for the Black America. The award was presented by Tillmon’s family. 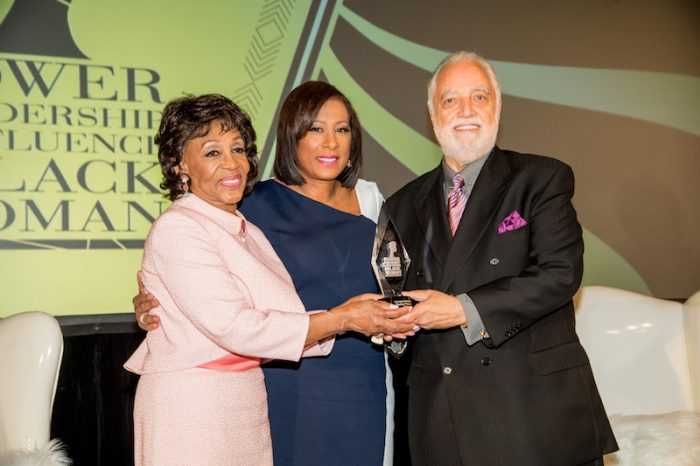 Tina Perry received the Brenda Marsh-Mitchell award for her exceptional leadership at OWN. Taelor Bakewell and the family of Marsh-Mitchell presented the award.

Tammy Tumbling was the recipient of the Mary B. Henry award for her leadership in corporate communications. Fatima Elswify and the family of Henry joined the stage to help present the award.

Yvonne Brathwaite-Burke received an award named after legend Judge Vaino Hassan Spencer for her lifetime of dedication of public service. Judge Hassan Spencer’s family was also in attendance and helped present the award.

The last legend award honoree for the evening was Dr. “Sweet Alice” Harris, who received the Lillian Mobley award for her leadership in the field of community activism and legacy toward improving the lives of countless individuals and for aiding youth in achieving their dreams. Charisse Bremond-Weaver and the family of Harris helped present the award.

Here’s what Pamela Bakewell had to say about the success of the event:

“For me as chair of our first annual Power, Leadership, and Influence of the Black Woman event, I left there inspired by the phenomenal women with resumes bigger than I could have ever imagined it to be. For that many powerful women to be in one room at the same time, listening to a powerful woman like Congresswoman Maxine Waters, we should all be very proud to be a part of this celebration.”

To view the full conversation with Congresswoman Waters please visit www.lasentinel.net and be sure to look out next week for event highlights.