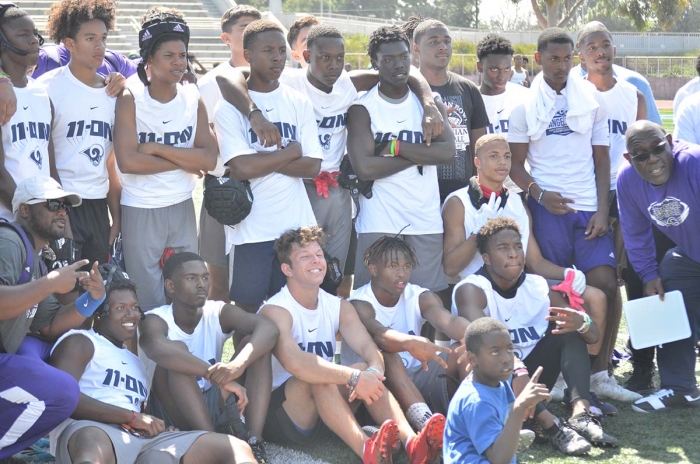 Cathedral won the 7-on-7 and linemen competition (Amanda Scurlock/L.A. Sentinel)

High school football teams throughout the Southland united at El Camino College to clash in the 11-ON Passing Tournament and Lineman Competition, hosted by the Rams and Nike. The event allowed the prep athletes exposure and extra practice but also allowed them to commune with other teams.

Former NFL star and L.A. Rams Community Affairs and Engagement Specialist Johnathan Franklin facilitated the competitions and shared his wisdom with the athletes. The day started with pool play games to determine the seeding for the single-game elimination 7-on-7 tournament that was held in the afternoon.

“It’s really a creative way to be inclusive from the 11-ON piece,” Franklin said. “Players are able to just connect and converse, are able to work on their game, but also they’re able to bridge the gap regardless of the diversity.”

The Linemen Competition was the grand finale, where linemen showed their power through medicine ball tosses, tire flips, relays and other challenges. 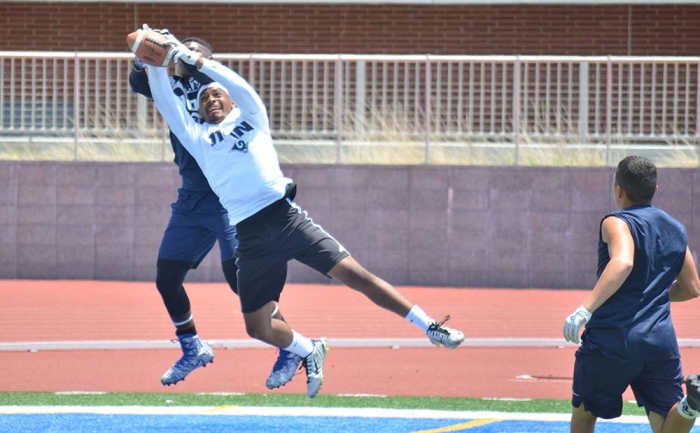 The athletes were driven to win and learn about their opponents as well as their teammates. Senior Joshua Cattouse of Hamilton noted how he learned the importance of staying committed and dedicated.

“We got big hearts,” he said about his team. “[The Rams] creating this event, I feel like it’s extra work for us, which is a good thing because half of us need it.”

“The person that was guarding me, he did have some great defense,” Bradford said. “It taught me how to probably get around that a little different.”

Both Locke and Crenshaw advanced to the second round of the tournament. Crenshaw senior James Jenkins mentioned how he scored three touchdowns in their first-round matchup.

“Once the team started focusing on me, I knew I could depend on my other teammates to make plays and that’s what they did,” Jenkins said.

Senior Makoa Tuisaloo helped Carson reach the second round, 11-ON helped him work on his technique.

“The key to our win was teamwork and unity,” Tuisaloo said. 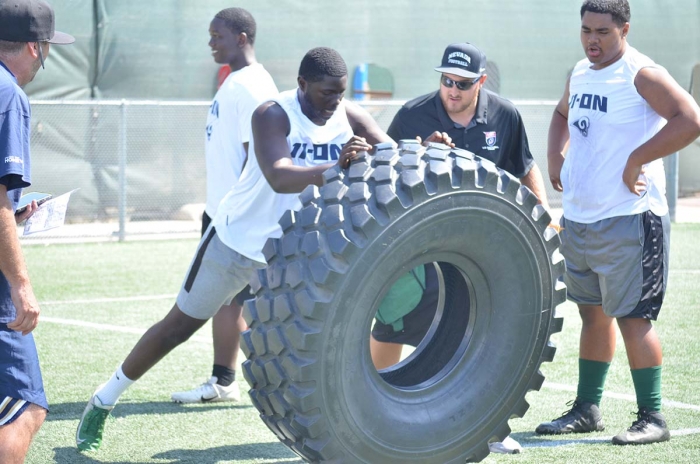 Cathedral won the 7-on-7 and linemen competition (Amanda Scurlock/L.A. Sentinel)

Cathedral defeated Narbonne in the 7-on-7 championship. Senior Cregg Matthews noted how Cathedral was slow to start.

“We started getting together with our coaches,” Matthews said. “We worked things out, we just came out and we dominated.”

For the linemen competition, schools had to work well as a group and individually. Teamwork was needed for the five-man-sled and tire flip challenges while teams cheered on teammates for the bench press and medicine ball throw.

“Our favorite one was the medicine ball,” said Pasadena senior Steven Gomez. “We actually worked on shot put during track season.”

The Cathedral linemen outperformed the other high schools to win the linemen competition.  The athletes were grateful the Rams and Nike provided them an opportunity to achieve, compete and connect.

“They’re always in the community,” said Isaiah Willard of Crenshaw. “I love that. Being an L.A. team, you got to come out here and talk to your people.” 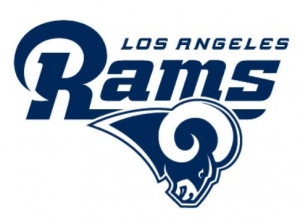 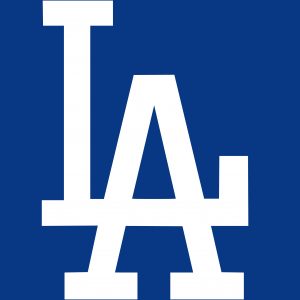