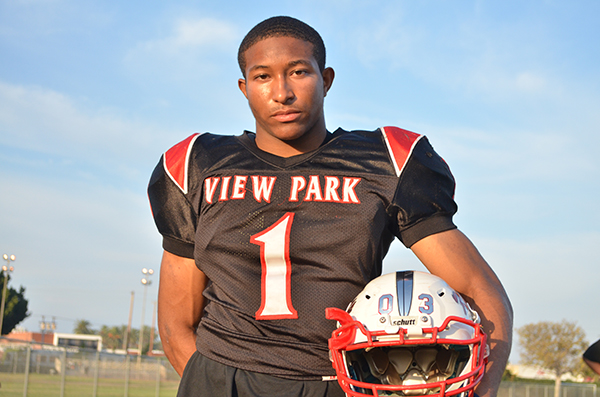 Senior Travon Young is in his fourth season of varsity football with the View Park Knights. He put forth a strong effort on defense and special teams this season.

“It brings the fun out of the game, playing on defense,” Young said. “Being able to shut down the receiver, seeing them sad, making the whole offense mad, it brings joy to me.”

Being around his father and watching the Raiders during his childhood inspired Young to play football. Competing for the Knights makes Young want to be accountable for himself.

Being a high performing student is also a priority to Young, he currently has a 3.86 GPA and is a member of the National Honor Society. His favorite class is English.

“It’s a pretty challenging thing to do, trying to the classwork, make sure you’re at practice every day,” Young said. “It’s hard to do, but it’s beneficial because you’re out here doing your thing.”

As a team captain this season, Young racked up impressive stats on defense and special teams. While playing against the Monroe Vikings, Young scored on a kickoff return and committed a 25-yard interception run for a touchdown.

Young takes time to volunteer at Van Ness park, he has also done outreach work for former NFL corner Nnamdi Asomugha’s foundation. With the foundation, Young was able to do volunteer work in Chicago.

“We helped out an elementary school there,” he said. “It impacted me a lot seeing how you can help other people and they can benefit from it.”

Young finds his family as a main source of inspiration; he wants to perform well for his two nephews. Young aspires to be an entrepreneur or a business manager after his stint with football is over.

His advice to young athletes is to find their niche and know their limits.

“Don’t force it, find your fit,” Young said. “If you want to play football and academics, do it, but if you don’t, really don’t force it.”

Email amanda@lasentinel.net to nominate a student athlete who has a high GPA and is involved in their school. 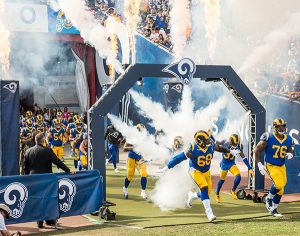 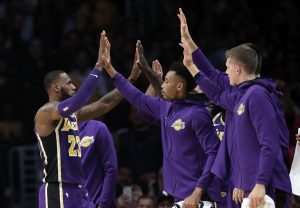 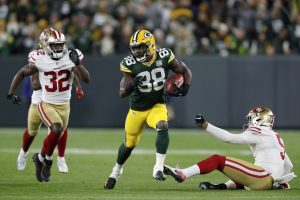 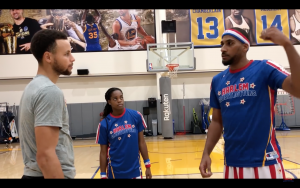