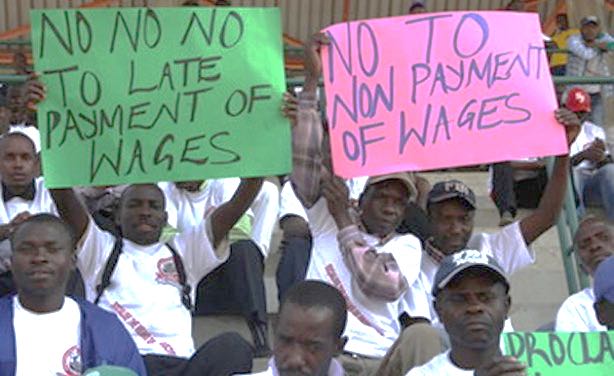 There’s a time for everything and this appears to be the worst time for a deal-making tour across five nations led by President Emmerson Mnangagwe, whose country Zimbabwe is roiling with angry citizens furious over a massive 150 percent increase in the price of fuel.

The price hike was announced just as President Mnangagwa flew out of the country to spend two weeks seeking investments with stops from Russia to Azerbaijan, ending at the World Economic Forum meeting in Davos, Switzerland. The price increase is intended to reduce crippling fuel shortages that caused historic lines at the fuel pumps, the President said.

But the explanation failed to appease working people in the capital Harare and Bulawayo for whom this was the last straw in a sinking economy when expectations had been raised by promises made by the President during his first year.

As a strike began on Monday, protesters who barricaded roads and burned tires were met with police who fired teargas as seen in video footage from the Centre for Innovation & Technology, a local news service.

“The house is burning,” the Confederation of Zimbabwe Industries said in a dramatic letter to the Industry Ministry. The Zimbabwe Congress of Trade Unions (ZCTU) accused the government of lacking empathy for the already-overburdened poor.

“The government has officially declared its anti-worker, anti-poor and anti-people ideological position,” they said. “Workers’ salaries have been reduced to nothing and our suffering elevated to another level.”

Nelson Chamisa, who heads the opposition Movement for Democratic Change (MDC) said the situation was “descending into a humanitarian crisis.”

Evan Mawarire, a cleric and activist who led the 2016 anti-government protests that shut down major cities, added: “You have cornered us and you leave us no choice. It’s time to mobilize every person who truly loves Zimbabwe.”

The roots of the crisis, according to the Bloomberg news wire, lie in a 2009 decision to abolish the Zimbabwe dollar in favor of the use of other currencies, primarily the US dollar.

Now, Zimbabwe doesn’t have enough foreign exchange to fund imports and pay workers, many of whom are refusing to accept salaries in electronic money or so-called bond notes because they trade at a discount to hard currency on the black market.

Meanwhile, a blizzard of posts on the social media #shutdownZimbabwe pleads for peace but also defiance. “The only problem with violence and looting anywhere is they play into the hands of a violent State’s security, wrote Lenin T. Chisaira. “Violence of any sort is unacceptable,” added Fadzayi Mahere..  “But neither is apathy. We owe this to generations to come. We are one.”