Today’s increasingly competitive global economy requires and recruits those who are highly-skilled and knowledgeable. People understand and accept that higher education is a means to become employable, marketable, and competitive. ... read more »
Children on the Front Lines

I am so proud of the Freedom Schools scholars who have learned they are following in the footsteps of children and youths who were the foot soldiers and infantry of the Civil Rights Movement. Some of their stories from the Movement are well known: six-year-old Ruby Bridges in New Orleans walked through White mobs to attend school—even praying for those jeering at her; the Little Rock Nine; the four little girls killed in the bombing of Birmingham’s 16th Street Baptist Church. Thousands of children were on the frontlines of history. Whether sung or unsung heroes, we owe all of them a debt of gratitude. ... read more »
CAU Receives More Than $4.5 Million in Grants for Upward Bound, HBCU C.A.R.E.S.
Clark Atlanta University recently received two grants totaling more than $4.5 million. The first grant lays the groundwork for a new legacy within the Department of Counseling Education, while the second continues the 50-year legacy of CAU’s Upward Bound program. ... read more »
ADVERTISEMENT
Our Children Are at Risk 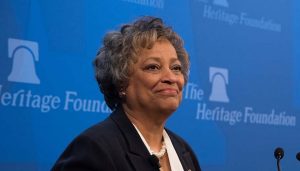 A few years ago, his Department of Education, in conjunction with the Department of Justice, studied school discipline data and came to a troubling conclusion: African American students in the 2011-12 school year had been suspended or expelled at a rate three times higher than White students. ... read more »
School Choice Not the Right Choice for All Students 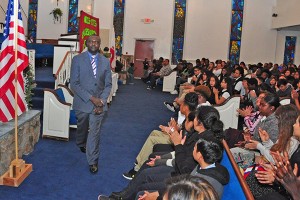 For the first time in the nation’s history, the majority of children who attend U.S. public schools are students of color. While it is unquestionable that the growing diversity among our young students is an asset to this nation, ... read more »
Edward James Olmos and Rick Najera Join L.A. University Leaders to Discuss Panel on Diversity in Higher Education
Charles R. Drew University of Medicine and Science (CDU) will kick-off a series of events to celebrate its 50th anniversary with celebrities Edward James Olmos, Rick Najera, and a panel of Los Angeles University leaders for a timely discussion on the absence of Latinos and African Americans in higher education. ... read more »
Bass introduces bipartisan legislation to curb recidivism, increase opportunities for ex-offenders 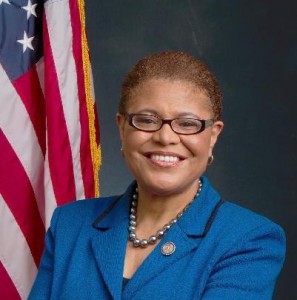 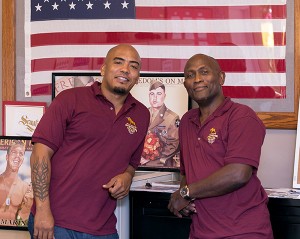