Sounds a little crazy, huh? But, let’s follow some fascinating ancient happenings. Haven’t you seen how sometimes what you thought would turn out to be terrible further on down the road, something happens and it’s not as bad as you thought it could be and something at the end turns to be good. There once was a man who today is famous in literature. This is somewhere around 1600 B.C.

The father was and is even more famous. The father had twelve sons. Sounds familiar? The father made a terrible mistake, at least by today’s standards it would be considered terrible. And even back then, it’s not advisable. But, we see over time, what was not good happens for the best for many other people a long time away in the future. Back to the plot. The father loved the eleventh son , Jose, [fictitious name] more than the other ten. The twelfth son was born after the eleventh [obviously]. The first ten sons were by three different wives. This was okay to do during ancient days. The eleventh and twelfth sons were by one wife and the other ten were by three different wives. Now, that alone is enough to keep up with, right….. Okay, let’s get back to the exceptionally famous father, who we will call Hocob [fictitious name] even to this day. He loved the eleventh son more than the others and made this well known with no attempt to hide it. Now, Hocob, the father loved Jose and showed his favoritism by awarding to Jose an article of custom made one of a kind designer colorful coat. This made the other ten [who were born before the eleventh] very jealous. As a matter of fact, they were so insanely jealous they conspired together to kill Jose! Hocob, the father, was insensitive or blinded to their deep jealousy and hatred toward his beloved favorite son. One day, Hocob sent Jose out to look for them as they hated him so much, I suspect they would wander off and leave him regularly, because they could not speak any kind words to him. When they saw Jose coming, they conspired to kill him by throwing him into a pit without water. After doing so, their insensitivity was shown. They just whimsically sat down after they had dumped him in the pit to eat? Some other tribe of people came by caravan and discovered Jose in the pit and got him out and sold him into slavery. So, now there’s one great thing that happened by God’s providence! He landed in prison because of the lustful wife. While in prison—— Part 2 to follow….stay tuned, it gets better. 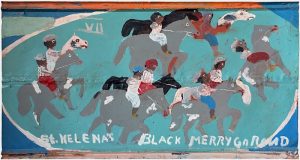 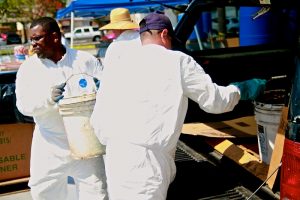 Mothers In Action & Taste of Soul Team-Up with Local Organizations to H...