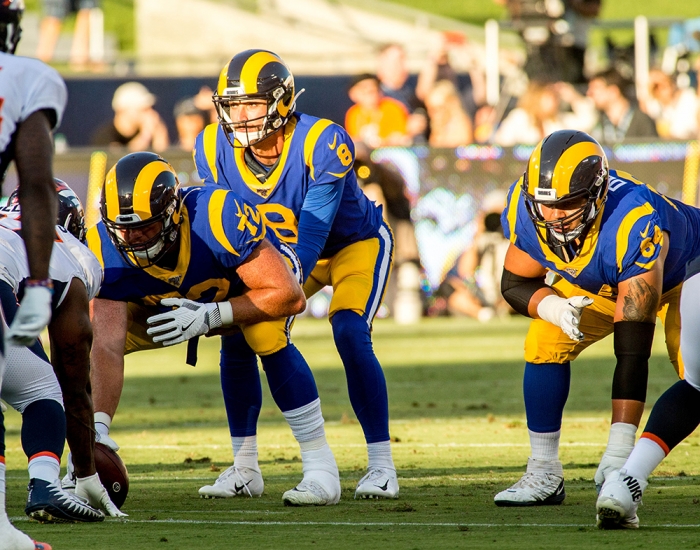 Quarterback Brandon Allen (8) had a great game offensively throwing for 118 yards making his claim for the third quarterback on the Rams depth chart. (Photo by Robert Torrence/L.A. Sentinel)

The Los Angeles Rams beat the Denver Broncos 10-6 for the teams first win of the preseason in the home opener at the LA Coliseum.

The 2019 season will be one last ride for the Rams at the Los Angeles Memorial Coliseum, as the team will head to its new home in Hollywood Park to kick off the 2020 season.

Defense was the name of the game in the third tune up game for the Rams. The regular season starters were in street clothes as the last roster spots were up for the taking. Third-string quarterback Brandon Allen took the offensive reigns for most of the game completing 12-of-19 passes for 162 yards through the air.

Wide receiver Michael Thomas showed off his speed breaking free and creating separation down the sideline from the defender to haul in a 51-yard reception from Allen during the opening drive of the first quarter. Fighting for one of the few wide receiver positions, Thomas had himself an impressive game as he was 3-for-3 with 76 receiving yards, providing quality depth to a team with Superbowl or bust expectations. 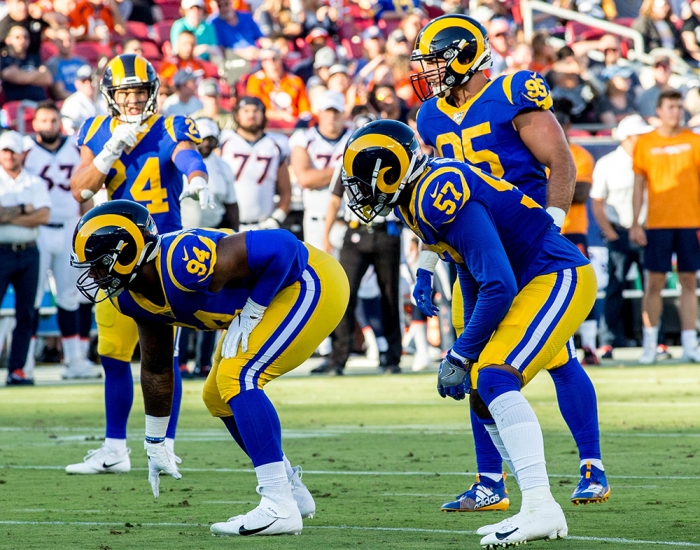 Rams Defense lining up opposite of the Broncos as they held Denver to six points for the contest
(Photo by Robert Torrence/L.A. Sentinel)

On the field, Thomas demonstrated great chemistry with quarterback Brandon Allen, “It was just me and ‘BA’ just connecting. We just wanted to get everything going early this week. Last week we started a little slow, but this week we just had to get it going. We just had to stretch the field at this point,”  said Thomas.

Both teams showed a strong defensive presence forcing a total of six punts and a turnover in the defensive chess match.

Cornerback Kevin Peterson came up big for the Rams defense with an interception of Broncos quarterback Brett Rypien in the early minutes of the third quarter sending the Rams faithful into a frenzy snapping the building momentum of the Broncos.

After scoring only a field goal for three quarters, fourth-string quarterback John Wolford threw a four-yard strike for the lone touchdown of the game to wide receiver Jalen Greene, giving the Rams the lead with 12:38 left in the 4th quarter as the defense stood their ground to win the game.

Head Coach Sean McVay wants believes this is one of his deepest team in years and roster cuts will be difficult to make. 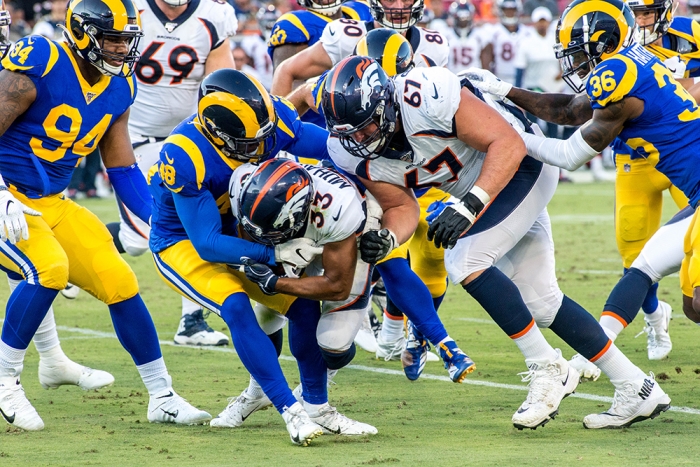 “It’s going to be a lot of tough decisions, but that’s a good thing,” said McVay. “I think that’s a credit to really (General Manager) Les (Snead), his group and our coaching staff to be able to on-board and create some competitive scenarios and situations. You want it to be that way.

33-year-old McVay strives to get back to the Superbowl and if there was any question whether his love for the game has decreased, he shut those narratives down.

“When you achieve the success collectively and you’re able to share in some of the moments in the locker room afterwards, there’s no feeling and there’s no other way you can emulate and mimic those types of situations and that’s one of the many things that I love so much about this game,” said Head Coach McVay.

The Rams will continue to build off their win over the Broncos as they face the Texans in their final preseason game at NRG Stadium in Houston on Thursday, August 29th at 7:00P.M.