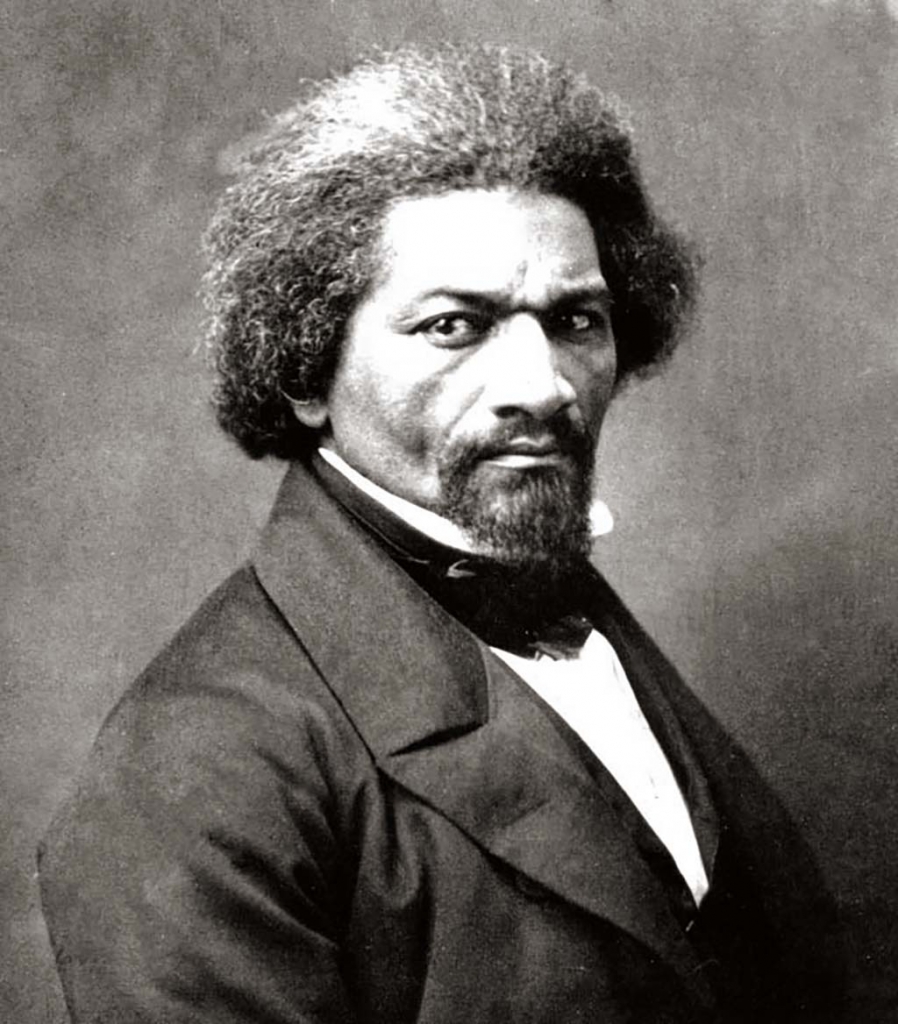 Frederick Douglass was born in the month of February of 1818, in Talbot County, Maryland. Born into slavery, at the age of 6 he was forced to separate from his grandparents and sold to a local plantation. At the age of 12, the wife of a slave master taught him the alphabet. The lessons were short lived, and Douglass audaciously continued to hone his reading skills in secret. He became a voracious reader, and read anything he could get his hands on—newspapers, political pamphlets, novels, or textbooks; Douglass even received credit for teaching other slaves to read, he said “Once you learn to read, you will be forever free.” After several failed escape attempts, around the age of 20, Douglass escaped to New York where he declared himself a free man. Douglass expressed the importance of self-reliance, he said that “The man who will get up will be helped up; and the man who will not get up will be allowed to stay down.” In 1861, tensions over slavery erupted into the Civil War, which Douglass surmised as the necessary event to end slavery in America. He recruited many Black soldiers to fight for the Union army; including, enlisting two of his sons, and during the war, Douglass was a consultant to President Abraham Lincoln. Today, we consider Douglass the most celebrated leader of the abolitionist movement, with his unprecedented efforts to helping those in bondage. Douglass published his first and most famous of his autobiographies, “Narrative of the Life of Frederick Douglass, an American Slave” in 1845. He also authored “My Bondage and My Freedom,” as well as “Life and Times of Frederick Douglass.”