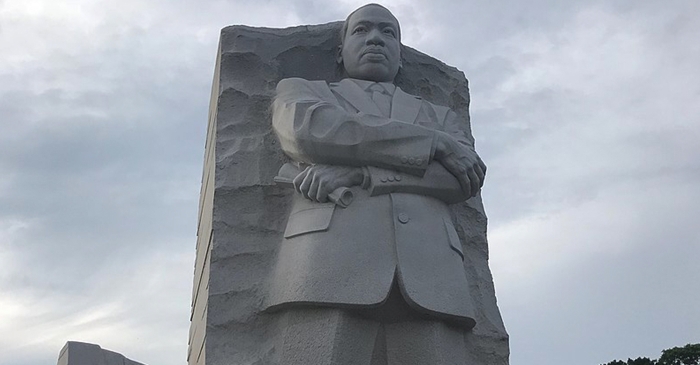 SCLC is planning a new Poor People’s Campaign focused on empowerment, education and food for those in poverty. A cam-paign against poverty and opposition to war were Dr. King’s agenda items before his 1968 murder. (Photo: Dr. Martin Luther King Jr. Memorial, Washington DC / 23econfoey / Wikimedia Commons)

“The first thing you need to realize, Dr. King was assassinated. Killed, murdered by officials who claimed to be so patriotic within this system,” said Dr. Charles Steele, Jr., president and CEO of the Southern Christian Leadership Conference, which Dr. King helped found.

SCLC is planning a new Poor People’s Campaign focused on empowerment, education and food for those in poverty. A campaign against poverty and opposition to war were Dr. King’s agenda items before his 1968 murder.

Dr. Steele said the drum major for justice’s opposition to the Vietnam War, and Poor People’s Campaign led to his killing.

Dr. King was planning a mass march on Washington, D.C., as part of a campaign created in 1967 for freedom, independence, and self-determination, before he was assassinated by James Earl Ray on the balcony of the Lorraine Motel in Memphis, Tenn., on April 4, 1968.

Mr. Ray was said to have acted alone, but jurors in a December 1999 civil trial in Memphis, brought by the King family, ruled Dr. King died as a result of a high-level government conspiracy.

“We still are fighting this discrimination and the racism of this country, who is the richest in the world. America has always had wealth, but never cared anything about those who were less fortunate than those who had the wealth,” Dr. Steele said.

“The movement in the 1960s won a Civil Rights Act and a Voting Rights Act, but the Poor People’s Campaign was about building on that power to win economic justice. We won a Fair Housing Act and we got a War on Poverty, but America didn’t win that war,” said Reverend Dr. William Barber, II, leader of a multi-ethnic movement dedicated to Dr. King’s work and legacy. 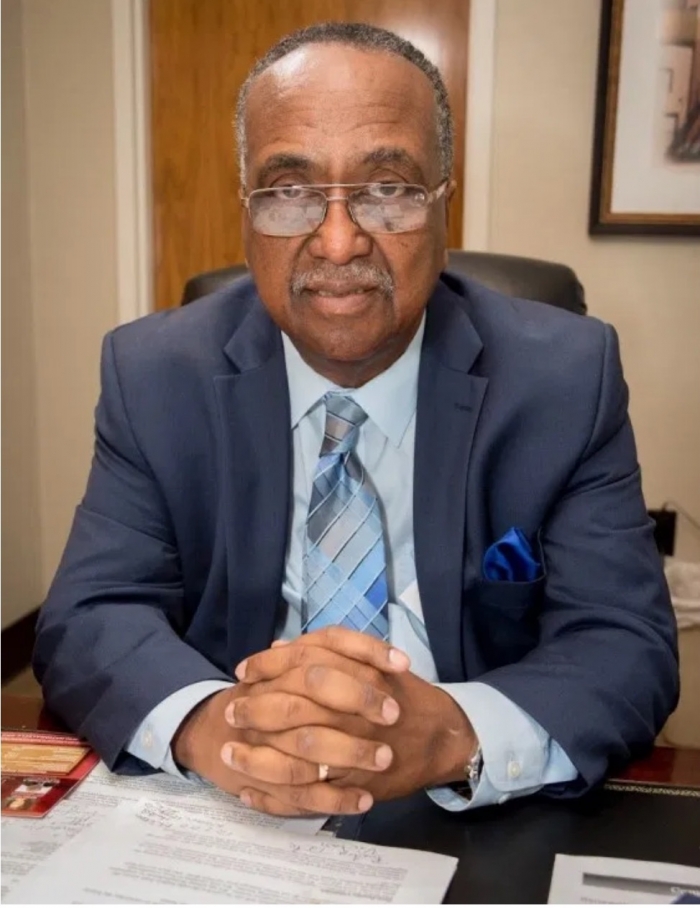 As president of the Repairers of the Breach, he has relaunched a Poor People’s Campaign as a national call for moral revival.

“We gave up the field. And then reactionary forces attacked the movements and the moral narrative that had made it possible. Today, almost 55 years after the Voting Rights Act was passed, we have fewer voting rights protections than we did then,” he told The Final Call via email.

“If they are cynical enough to stand together, we must be smart enough to come together,” he said. Rev. Barber came to public attention through weekly Moral Monday gatherings that drew crowds to Raleigh, the capitol of North Carolina, calling for compassion and justice.

The current U.S. war footing and tensions with Iran only make matters worse, he and others said.

“We insist that militarism and the war economy are an intersecting injustice with poverty because in any war, the poor suffer first.

Poor people in Iran will die if we attack, and poor people from America will be taken away from their families to suffer and die in battle. But poor people suffer twice, because the money our government could use to address needs for education, health care, housing, food security and climate justice will go to defense contractors who profit from war making,” said Rev. Barber.

But even as activists and organizers picked up the King mantle to serve the poor and march for justice, politicians in his birthplace of Atlanta, Ga., gave up over $5 million in federal funding for housing and other services that would have helped vulnerable seniors and low-income residents.

When Fulton County Commissioners voted 4-3 to relinquish status as an Entitlement Community, it meant loss of money for community development, revitalizing neighborhoods, economic development, and better facilities and services. It was a slap in the face to the very communities Dr. King fought and died for, said activists.

“You got a system that is at war with poor people. It is the rich against the poor. It’s nothing in the middle,” said Dr. Steele.

Persistent poverty ignored in the USA

According to PovertyUSA.org, nearly 12 million youngsters, or about 1 in every 6 children live in poverty.

The USDA estimated that 11.1 percent of U.S. households were food insecure in 2018. This means that approximately 14.3 million households had difficulty providing enough food for all their members due to a lack of resources. Rates of food insecurity were substantially higher than the national average for households with incomes near or below the federal poverty line.”

“The United States is one of the world’s richest, most powerful and technologically innovative countries; but neither its wealth nor its power nor its technology is being harnessed to address the situation in which 40 million people continue to live in poverty,” he reported in a presentation to the UN’s Human Rights Council.

“Instead of realizing its founders’ admirable commitments, today’s United States has proved itself to be exceptional in far more problematic ways that are shockingly at odds with its immense wealth and its founding commitment to human rights. As a result, contrasts between private wealth and public squalor abound,” he said.

Dr. Steele is very frustrated looking at conditions in America and the belief by many Blacks that they have made it.

Black people have been set back 50 years by hypocritical actions, like the Supreme Court’s decision to gut the 1965 Voting Rights Act.

Key provisions of the law protecting voting rights in states with histories of discrimination were eliminated, said the SCLC leader.

On Jan. 6, a coalition of faith, civic and community leaders led by the Concerned Black Clergy of Atlanta called on Fulton County officials to reverse their position during a press conference at Vicars Community Center in southwest Atlanta. On Jan. 8 senior citizens’ appeals during a council meeting for the same fell on deaf ears. Media reports said officials had trouble tracking how the funding was spent.

“The city of Atlanta has failed Dr. King’s dream, but the people at the grassroots level have not given up and keep pressing the agenda of his Poor People’s campaign,” said Reginald Muhammad, a political scientist and professor at Clark Atlanta University.

“Much of Blacks’ political engagement is social symbolic. Many people are about to vote for Bernie Sanders or Joe Biden but those politicians know it’s about photo ops and pats on the backs, but Blacks won’t have any demands when it relates to public policy,” he said.

“We are in an immoral war, right now,” said Reverend Dr. Gerald Durley, pastor emeritus of Providence Missionary Baptist Church in Atlanta. “These were immoral decisions … those of us who have a social conscience must stand up as Dr. King said, we must combat this evilness, this inequality, this injustice, and come up with moral decisions for the least, the lost, the left behind,” he added.

“It’s atrocious,” said Abdul Sharrieff Muhammad, who heads the Nation of Islam’s Southern regional headquarters in Atlanta. He was describing housing conditions in Atlanta and throughout the South. “That’s still happening, right now, what Dr. King was fighting for, as we still struggle and try to gain some of that momentum back, and still struggle, and that’s why we must do for self, or suffer the consequences, and that’s what we are doing now, because we did not do for ourselves like we should have, and now we’re suffering the consequences,” said Min. Sharrieff Muhammad, also co-chair of the 10,000 Fearless Headquarters of the South.

The program grew out of the Nation of Islam Minister Louis Farrakhan’s call for Blacks to make their communities safe and decent places to live and demand justice through economic withdrawal, or selective buying.

During the run up to the 20th anniversary of the historic 1995 Million Man March, October 10, 2015, Minister Farrakhan called for Blacks to redistribute the pain through an economic boycott of Christmas in the fight for justice. His call wasn’t limited to any faith, or political ideology.

“Dr. Martin Luther King, Jr., on the night before he was assassinated, was talking so strong,” said Min. Farrakhan. “But after he was assassinated, they reduced him to a ‘dream.’ Every time they mention Dr. King’s name, he is ‘The Dreamer’—but they did not kill our brother because he dreamed.”

“… Dr. King knew death was on him, and he told the people at Mason Temple COGIC in Memphis, Tennessee, on April 3, 1968, in his speech ‘I’ve Been to the Mountaintop:’ ‘We have to redistribute the pain; when we’re in pain, we’ve got to make them feel pain,’ ” said Minister Farrakhan, echoing Dr. King’s words.

Over half a million people go homeless on a single night in the United States, according to the White House Council of Economic Advisors.

“Approximately 65 percent are found in homeless shelters, and the other 35 percent—just under 200,000—are found unsheltered on streets (in places not intended for human habitation, such as sidewalks, parks, cars, or abandoned buildings), according to “The State of Homelessness in America” in 2019.

Like national activists, organizers, and advocates for the poor, “State of Homelessness in America” blamed decades of misguided and faulty government policies.

Advocates also blamed the Trump administration, presidents before him, and some Black politicians they charged with selling out. In December, President Trump announced plans to drop nearly 700,000 Americans from the federal food stamp program. The Supplemental Nutrition Assistance Program, or SNAP, as the program is officially called, made work requirements more stringent for those seen as able-bodied adults without dependents. Some 55,000 people were likely to lose benefits in Cook County, Ill., alone. The final rule is effective in April.

That change came on the heels of a decision by the Trump administration, the U.S. Conference of Mayors warned “would escalate food insecurity and hunger for an estimated 3.1 million individuals—including children, seniors, and people with disabilities in our states, regions and cities nationwide. Furthermore, this proposal will put children’s health and development at risk by removing their access to healthy school meals; and harm our economy by reducing the amount of SNAP dollars available to spur regional and local economic activity.”