Working hard to close racial gaps in opportunity, Los Angeles City Mayor Eric Garcetti announced a new directive to provide six months of free internet access to residents in four public housing communities across the city. The connection will be coming from Starry Internet and Microsoft Corp.  According the mayor’s office, “this effort will accelerate the availability of low-cost, high-quality broadband options in local public housing developments for nearly 3,600 units of housing and 9,000 residents.” 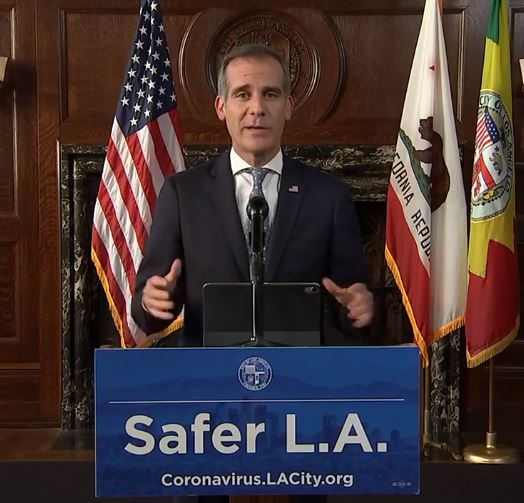 The mayor followed the announcement by saying, “COVID-19 has reinforced what was already a clear and unmistakable fact: internet connectivity is not a luxury in our time — it’s an absolute necessity for parents trying to work, students looking to learn, and families and friends seeking to communicate,”

Garcetti Continued, “With Starry and Microsoft lending their resources and expertise, our city’s public housing residents will no longer find themselves on the wrong side of the digital divide, but fully connected to their classrooms and to the opportunities of the 21st century.”

Cyber activists like Larry Irving consistently warned the public about the severity of the digital divide and what it means for the progression in mental growth for certain communities. The lack of broadband networks can lead to less education, narrow awareness, and disconnection to the rest of the world. Mayor Garcetti recognized the misstep among the city and now he has the footing to invest in a solution. The effects of COVID-19 worked as high definition projector, showcasing scenes of a tragic future if equitable standards are not met.

The need for internet skyrocketed after school and educational facilities were shut down due to the contagious properties COVID-19 carries. The need for connection was preexisting in certain communities, particularly in lower income Black and Latin-X households. One key statistic reflected 30% of Watts households do not have a broadband subscription according to the mayor’s office.

This initiative is one of many seeds planted and that took root from the Mayor’s monthly Telecommunications and Digital Equity Forum. The city has seen the generosity from Starry Internet before back in June of this year Starry provided free internet those living in Mar Vista public housing, joining the conquest for equality is Microsoft.

The measurements for equality were aligned, Microsoft has the “Airband Initiative,” which is looking to patch up the holes in digital accessibility within underserved communities, health care, and agriculture, and transform their businesses.

President of Microsoft Brad Smith stated, “This partnership with the City of Los Angeles and Starry is an important step towards ensuring that everyone, everywhere can access today’s essential online services.” Smith continued. “…If we fail to bring it to more people, we risk widening, not closing the digital divide.”

After six months of complimentary internet, the service will be available at low cost, providing an opportunity for everyone to feel like they can afford the delight of information at their fingertips. The goal to use the internet as a tether that lassos the community together.

The partnership Starry provides the entire housing communities connect more efficiently. The CEO and Co-founder of Starry Chet Kanojia stated, “We built our company on the basic belief that everyone deserves access to affordable, high-quality broadband no matter where you live…”

This is a coalition between the Los Angeles City Mayor Administration, HACLA, Starry, and Microsoft. The objective is to grow from the tragedies presented from COVID-19. Mayor Garcetti recognized the reach to success can be amplified when there is unity between private sectors and public leadership. There is a lot of work to be done, but this benchmark in digital unity is looking to create a ripple affect across the community and beyond. 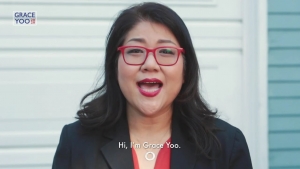