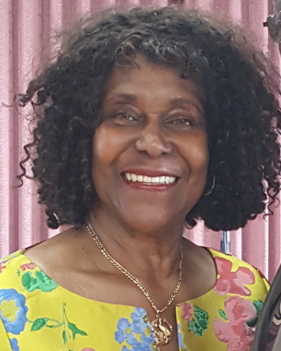 Gardena resident Erma L. Dozier has been a mother to a hundred children, literally.She and her husband, Pastor Larry of The New Earth Christian Church (TNECC), have been foster parents the past 30 years. Along with their own two children, they’ve been parents to more than 100 children in their Gardena home.

It was the First Lady’s idea to become foster parents. Pastor Larry said, “I admit that I had to think twice about it, but her heart was set on it, so I relented and said, ‘Ok, let’s give it a try.’ It’s been one of the most rewarding experiences I’ve ever had.”

Mrs. Dozier has referred to all of them as our children, “because they are,” she said. “We treated all of our children the same, never made a difference. In fact, I think sometimes our own children became a little jealous,” she jests. “But to this day, the ones who are in touch are still, ‘our children.’

“Just like Tamra (their daughter) and Shannon (their deceased son), whenever they needed something, even after they were grown up and out on their own, they came running to mom and dad. And we treat them the same, counsel them, admonish them (when necessary), help them, and then send them on their way until … until next time.

“It’s not a chore, it’s just what we do,” the first lady said. “God has blessed us tremendously and we just want to bless others. There’s nothing better than helping to guide children and youth, so that they can have a better life. This is our reward, seeing them able to take care of themselves and live productive lives.”

While rewarding, there have been challenges, Mrs. Dozier said. “We’ve dealt with children who have been physically abused, mentally and sexually abused. Others have been gang members. Some have been fire starters, self-abusers, the gambit.

“Another challenge has been dealing with some of the parents. While several have become friends and performed all the duties to be reunited, others have seen us as ‘the enemy’ and blamed us for turning their children against them.

“The goal is always to reunite the children with their families, but in our experience, this seldom occurs. Many parents just give up and leave their children in the system.

“I think the system would do better if they took a closer look at the family before removing a child and see if there are ways to work it out before taking the child from their home.

“The Department of Social Services does a good job, but their hands are full. There just does not seem to be enough foster parents to go around. Many of the social workers are over worked. I’ve seen social workers with more than 50 cases to deal with. There’s just no way they can be as effective as they would like to be. So there is a great need for more social workers and foster parents.

“We’ve approached this as ministry, and at one point, we had as many children as we could take in our home (four), but now we’re down to one. We’ve retired. I guess semi-retired for the umpteenth time. Our adult children have said many times, ‘I thought you were retiring.’

“But inevitably, a social worker with whom we’ve worked in the past will call and say, ‘We’ve got this child and know she would do well in your home. Will you give her a try?’ And of course, it starts all over again.

“I guess as long as God gives us the strength and energy, we’ll keep doing it.”

The Doziers have been working with children in their home and at their church. Mrs. Dozier served as youth coordinator and Sunday school Superintendent at Hollypark United Methodist Church in Gardena for more than 10 years.

She speared-headed a program at the church during that time called Friday Night Live. In addition to Bible lessons, playing games and dancing, the children were taught public speaking, debate, parliamentary procedure and many other lessons.

Mrs. Dozier also taught the Christian Released Time Education (CRTE) program at the church for 10+ years. This program allowed the Doziers to take children from Purche Avenue Elementary School to the church for one hour on Friday afternoon to teach them the Bible. Two of Mayor Tasha Cerda’s siblings attended this program.

The Doziers sponsored an annual event on October 31, called the Fall Family Festival. Upwards of 300 children along with their parents or guardians attended the event during the 10 years that the Doziers coordinated the event.

In 2016, Larry Dozier was called to serve as Pastor at St. John’s United Methodist Church in Watts. During the three years there, the Doziers worked with community organizers to install a regulation sized basketball court in the church parking lot to serve the children and youth there. The custom designed lot is used extensively and in addition to providing a safe place for the children and youth to play basketball in their own neighborhood, the court generates funds for the church.

The Doziers planted The New Earth Christian Church via Zoom that began on March 20. The First Lady teaches Sunday school to children ages 5-12.

This new journey is quite exciting,” she says. “I’m excited about it and I’m just looking forward to where God is going to take us.” 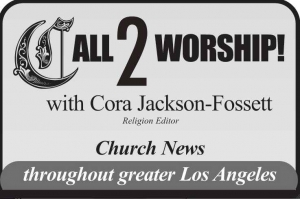 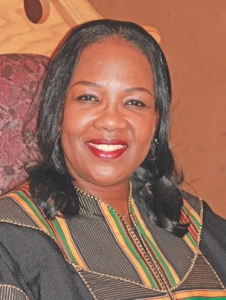 Words of the Week – Open Your Mind 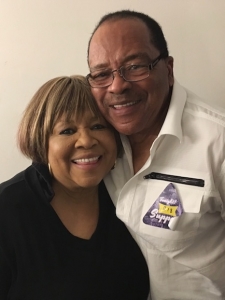 Pervis Staples Passes Away at the Age of 85 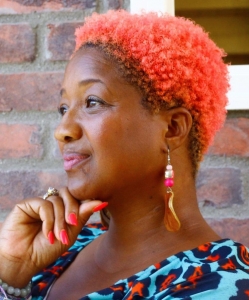 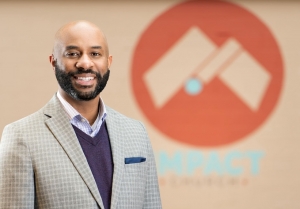 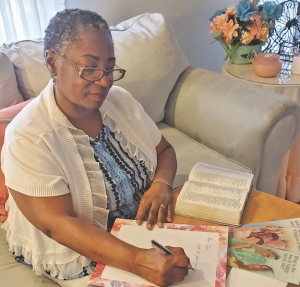