SACRAMENTO, Calif. (AP) — California state lawmakers have just two weeks remaining in their session to sort through hundreds of bills, some addressing volatile topics such as vaccinating children and shootings by police.

The session that began in January will end Sept. 13 after lawmakers pile bills on the desk of freshman Gov. Gavin Newsom. He’ll have until mid-October to approve or veto the legislation.

Here are a few bills under consideration.

Newsom supports a proposed crackdown on doctors who sell what health officials say are bogus medical exemptions for families who want to avoid having their children vaccinated. The bill he negotiated with Sen. Richard Pan, a fellow Democrat, would give state health officials oversight of doctors who grant more than five medical exemptions annually and schools with vaccination rates less than 95%.

It has been one of the year’s most contentious bills. One activist is charged with shoving Pan, while others disrupted a legislative hearing on Friday. Opponents say the bill interferes with parental choice and doctors’ decisions.

SB276 is awaiting passage in the Assembly, but it would have to go back to the Senate for final action.

California could force companies like Uber and Lyft to treat their drivers like employees, guaranteeing them minimum wage, workers compensation and other protections. The proposal would be the nation’s strictest on worker classification, potentially setting a precedent for other states. Assemblywoman Lorena Gonzalez, a Democrat, says her measure would protect workers. But companies say workers want to be independent because it gives them flexibility.

The companies are trying to negotiate with Newsom and unions over a separate bill with different requirements for gig companies. Uber, Lyft and DoorDash are threatening to spend at least $90 million on a California ballot measure if they can’t make a deal.

Assembly Bill 5 is now before the Senate.

POLICE USE OF FORCE

Newsom has already signed a law allowing police to use deadly force only when it is necessary to prevent death or serious injury. A companion bill supported by law enforcement would require training for officers in de-escalating confrontations. Advocates say the combination would give California the most sweeping response to public outrage over police shootings.

SB230 is awaiting consideration in the Assembly and would have to return to the Senate for final action. 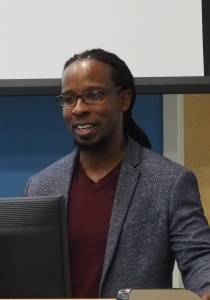 How to Be an Anti-Racist, According to Ibram X. Kendi