Revival: A time of awakened interest; reviving what belonged to an earlier time, but now, coming into new importance and significance previously denied for such a time as this. (jp) 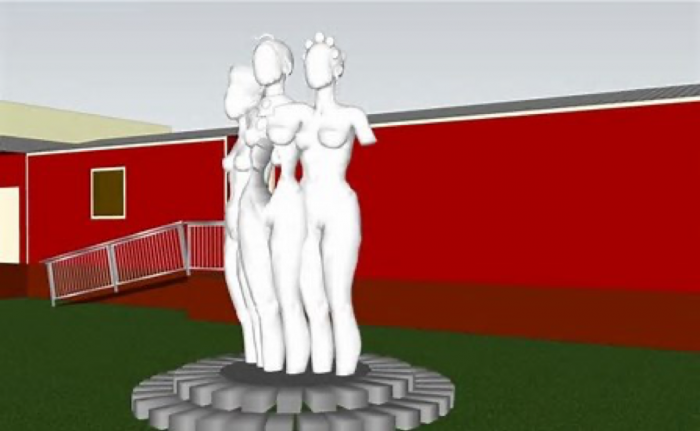 A rendering for “The Mothers of Gynecology” sculpture, which will honor enslaved women subjected to Dr. J. Marion Sims’ gynecological experiments in the mid-1800s. Spencer Platt/Getty Images

Michelle Browder passed through Los Angeles this past week-end. She was picking up the sculpture’s steel armature from a fabricator in Las Vegas, then heading to San Francisco, where she will build out the work. The free event was this past Saturday morning. It is free at North Venice Little League parking lot and inviting all Angelenos to meet her and bring metal objects: brass candlesticks, copper pots and more: spare bicycle parts. They will be melted down as material for the 15-foot figurative sculpture commemorating the “Mothers of Gynecology.” Michelle Browder is a Montgomery based artist and activist, building awareness for the forgotten “Mothers of gynecology and has erected a large scale sculptural monument to the women to be installed in Montgomery. She needs our help! None of these enslaved women gave consent to be operated on. Their suffering has been largely forgotten…and  overshadowed by Sims’ (so-called) medical achievements. Discarded objects represent how Black women have been treated in the United States and represents beauty, talent, dignity and what all else…discarded. That is how I have come up with the name of this article. Their lives are being resurrected and revived through the imagination and artistry of Michelle Browder.

A statue of surgeon J. Marion Sims has been  taken down from its pedestal in Central Park on Tuesday. A New York City panel decided to move the controversial statue after outcry, because many of Sims’ medical breakthroughs came from experimenting on enslaved black women without anesthesia. New York City has removed a statue of J. Marion Sims from a pedestal in Central Park (a 19th-century gynecologist who experimented on enslaved black women). The statue will be moved to a cemetery in Brooklyn where Sims, sometimes called the “father of gynecology,” is buried. A new informational plaque will be added both to the empty pedestal and the relocated statue, and the city is commissioning new artwork to reflect the issues raised by Sims’ legacy. (I wonder what words will be on this “informational plaque? He deserves no credit. He committed  atrocious surgeries on Black women slaves without anesthesia!) Sims 1890s statue was installed across the street from the New York Academy of Medicine in 1934, with a plaque praising Sims’ “brilliant achievement.” Sims perfected a technique to repair fistulas, which are holes between the vagina and the bladder or rectum and can lead to incontinence, by repeatedly conducting painful experimental surgeries on enslaved black women without using anesthesia. This is awful!(jp) And so painful and difficult  to even write about this!) In January, a mayoral commission examining controversial monuments in New York City overwhelmingly recommended that the Sims statue be relocated. (It should be destroyed!(jp) Mayor Bill de Blasio agreed. The Public Design Commission approved the decision unanimously on Monday. [HIDDEN BRAIN Remembering Anarcha, Lucy, and Betsey: [The Mothers of Modern Gynecology]The bible does not condone slavery or abortions. I can discuss this in the next article part 2. 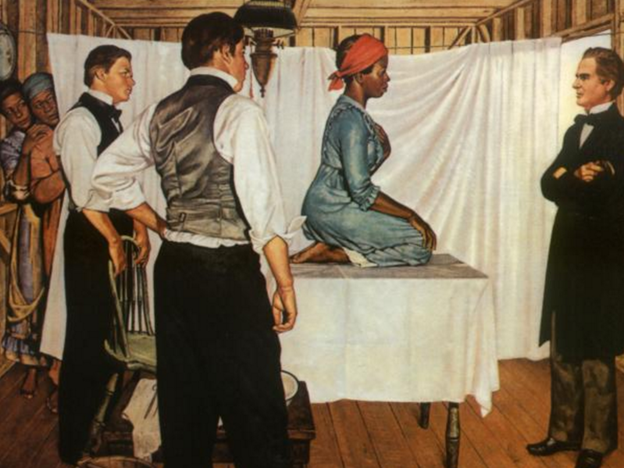 “Women Warrior-Pioneers” “Resurrection and Revival of The Con...

Ask Dr. Jeanette™ Success On “The Way” “The Golden Scepter”

Ask Dr. Jeanette™ Success On “The Way” “The War Between Fear and Fa...