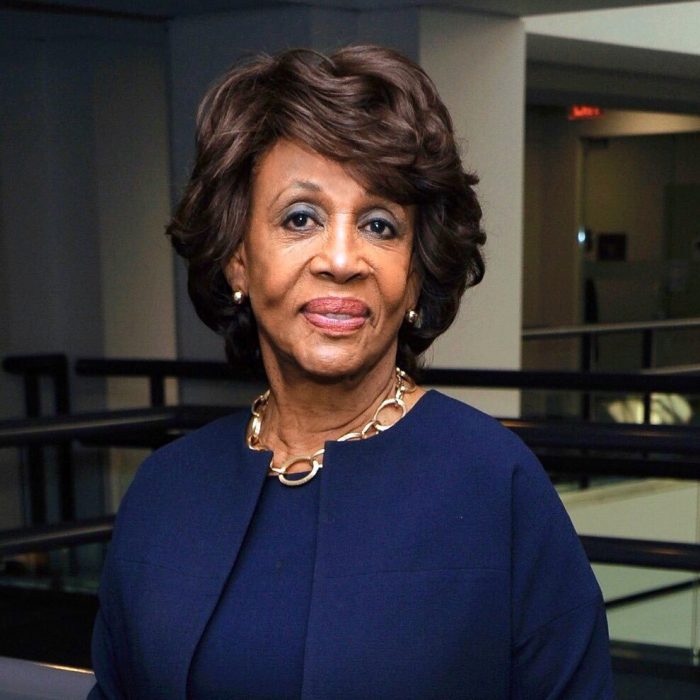 Congresswoman Maxine Waters (CA-43), Ranking Member of the House Financial Services Committee, released the following statement at the conclusion of Donald Trump’s summit with North Korean leader Kim Jong Un in Singapore, his visit to the Group of Seven Summit in Canada, and his administration’s announcement of steel and aluminum tariffs on the European Union, Canada, and Mexico:

“Donald Trump loves to refer to himself as a ‘deal-maker,’ but in reality, his bluster on the world stage over the past week has only isolated the United States from our allies and played right into the hands of two of our most dangerous enemies, North Korean leader Kim Jong Un and Russian President Vladimir Putin.

“In a reckless departure from protocols established by previous administrations and an arrogant defiance of recommendations from national security experts and Members of the U.S. Congress, Donald Trump convened the Singapore Summit with North Korean leader Kim Jong Un without adequate preparation, a thorough understanding of history, or a clear objective for securing North Korea’s nuclear disarmament. As a result, Donald Trump naively entered into a weak denuclearization agreement, absent of a timetable, verification plan, or shared definition of the term, and announced the end of military exercises at the expense of our military and South Korea. Notwithstanding the president’s laughable assertion that North Korea is ‘no longer a threat’ following his ill-conceived summit, the consensus is that the real winner was not the United States, it was Kim Jong Un — a murderous autocrat who was legitimized by the president of the United States despite ordering the execution of his brother, his uncle, and more than 300 political adversaries since assuming power in 2011; leaving more than 100,000 political prisoners to languish in jail under inhumane conditions; and continuing the unconscionable human rights abuses that persist under his leadership of North Korea[1].

“Furthermore, Donald Trump recently announced steep steel and aluminum tariffs on three of our most important democratic allies – the European Union, Canada, and Mexico – citing unfounded national security concerns as his rationale. During the Group of Seven (G7) Summit with the leaders of Canada, France, Germany, Italy, Japan, and the United Kingdom, Donald Trump displayed a complete lack of respect and disregard for protocol, arriving late for a morning meeting and leaving the summit early. Following his departure from what was reported as an unusually tense meeting of allies, Trump mocked Canadian Prime Minister Justin Trudeau on Twitter. In addition, White House trade adviser Peter Navarro and chief economic advisor Larry Kudlow were so emboldened by the president’s disrespect that they levied their own insults at Prime Minister Trudeau, using language – ‘betrayal’ and ‘there’s a special place in hell’ – that any other administration would have reserved for our enemies, not our allies.

“Most appalling of all was Trump’s unsolicited call for Russia to be invited to return to the G7 despite the fact that Russia not only attacked our democracy during the 2016 U.S. presidential election, but was previously removed from what was then referred to as the G8 for using military force to illegally invade Ukraine and annex Crimea.

“I have always maintained that Donald Trump’s embrace of autocratic leaders such as Vladimir Putin and now Kim Jong Un was not only questionable, but a cause for grave concern. Both of these dictators have a vested interest in having the economic sanctions on their countries lifted, and it appears that there is currently a man in the White House who might be willing to oblige them without significant, appropriate and verifiable concessions in return – regardless of the dangers that such a move would pose to the United States, our allies, and the world.

“Unfortunately, the Republican-controlled Congress of the United States has not upheld its responsibility to provide effective oversight over Donald Trump. It is now abundantly clear that Congress must reign in this president.  We have a duty to use our legislative authority as provided by the United States Constitution to intervene immediately and prevent the president from taking unilateral actions that will weaken our relationships with our allies, strengthen our adversaries, and imperil our standing in the world.”