“It is the purpose of the National Memorial Association; to erect a beautiful building suitable to depict the [N]egro’s contribution to America in the military service, in art, literature, invention, science, industry, ect.-fitting tribute to the Negro’s contributions and achievements, and which would serve as an educational center giving inspiration and pride to the present and future generations that they may be inspired to follow the examples of those who have aided in the advancement of the race and Nation..” – National Memorial Association, 1915

It has taken over a century, but African-American history will at long last occupy a permanent and prominent space in our nation’s capital.

What has now manifested into a museum occupying five-acres of land on the National Mall, was originally envisioned as a memorial meant to recognize African-American contributions in our nation’s history. In 1915, a group of Black Civil War veterans collected money and created a movement to support the creation of a national “Negro Memorial.” President Calvin Coolidge signed legislation establishing a commission to plan its construction-with Congress refusing to finance the project. The Great Depression, new national priorities, inevitable political obstruction and fading interests, stalled the project for generations, but on September 24, the once deferred dream of African-American war veterans will become a reality that makes its home mere steps away from the Washington Monument.

Commissioned to share the painful history and, oftentimes, unsteady progress of Black men and women on American soil, the mandate of the National Museum of African American History and Culture goes beyond carving out a niche for Black history within America’s grander history, or mainstreaming the Black experience. Through its 11 inaugural galleries, visitors will experience African-American history from slavery’s Middle Passage, to the election of our nation’s first Black president, to the police violence and racial unrest that has given rise to the Black Lives Matter movement. But rather than act as a warehouse of “firsts” and a cataloger of the challenges the Black community has faced, the museum-devoted exclusively to the African-American experience-will become an active participant and voice in our nation’s ongoing conversation and understanding of our unique American experiment and experience.

NMAAHC is a museum that “seeks to understand American history through the lens of the African-American experience,” or as Lonnie Bunch, the founding director of NMAAHC describes it:

The defining experience of African-American life has been the necessity of making a way out of no way, of mustering the nimbleness, ingenuity and perseverance to establish a place in this society. That effort, over the centuries, has shaped this nation’s history so profoundly that, in many ways, African-American history is the quintessential American history. Most of the moments where American liberty has been expanded have been tied to the African-American experience. If you’re interested in American notions of freedom, if you’re interested in the broadening of fairness, opportunity and citizenship, then regardless of who you are, this is your story, too.

Like any national museum, NMAAHC can help all of us-regardless of race-to understand who we are as a nation. National museums document our aspirations, our achievements and how much further we must climb to achieve those lofty goals. Whether the museum is dedicated to World War II airmen, modern art or African Americans, understanding and knowing the good, the bad and the ugly of every group that calls these 50 states home means a deeper understanding of our nation, who we claim to be, and how far we have arrived. All of us can attain that deeper understanding by recognizing African-American history while acknowledging the intricate and tangled role it has played in shaping our nation’s identity. 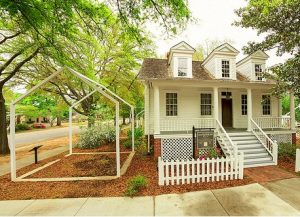