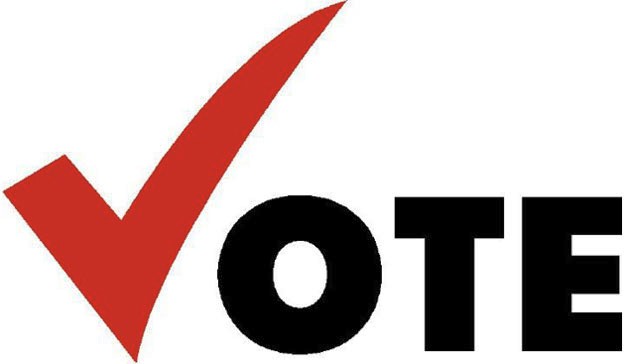 On Tuesday, June 5, Los Angeles County held its primary election to determine the California governor, state senate seats, and state assembly seats, among other positions. While some registered voters submitted vote by mail ballots, others who voted in person faced some unforeseen difficulties. In Los Angeles County 118,552 voters were accidentally left off the rosters at their polling places due to a printing error. As a result, many had to cast a provisional ballot.

Many residents are concerned that their votes will not be counted and the candidates who are not moving forward to the general election feel that the ballot error may be behind the losses. The L.A. County Registrar apologized for the inconvenience and assured voters that their ballots will be counted. Former Mayor Antonio Villaraigosa called for L.A. County to keep voting centers open until Friday, June 8 for those whose names were not listed. Until the LA County Registrar’s office announces that the polls will remain open until June 8, below are the results as of press time. The winners of each political party will advance to the general election on November 6, 2018.

Reginald Jones-Sawyer is a Democratic member representing District 59 in the California State Assembly. This year, Jones-Sawyer is running for re-election in the primaries against Democrat Leslie Hagan-Morgan. Jones-Sawyer beat his opponent receiving 78.58 percent of the votes.

Chris Holden is a member of the California State Assembly, representing District 41. Holden is running for re-election in the primary against Democratic Kenny Rotter and Independent candidate Alan Reynolds. Holden beat his opponents receiving 63.61 percent of the votes.

Mike Gipson ran unopposed and will continue to hold his position representing the 64th Assembly District.

Autumn Burke is a member of the California State Assembly representing District 62. Burke ran for re-election in the primaries against Republican Al Hernandez. Burke beat her opponents receiving 75.84 percent of the votes.

Dianne Feinstein is a member of the U.S. Senate representing the state of California. She was first elected to the Senate in 1992, and is its oldest member. During the primaries, Feinstein ran for re-election and beat her opponents, receiving 42.8 percent of the votes.

Tony Thurmond is a democratic member of the California State Assembly, representing District 15. During the primaries, he ran as a nonpartisan candidate for the Superintendent of Public Instruction of California. Thurmond did not beat his opponents, receiving 32.92 percent of the votes.

–Nannette Barragán is a member of the U.S. House representing the 44th Congressional District of California. Barragán who was elected in 2016, ran for re-election in the primaries against Jazmina Saavedra, Compton Mayor Aja Brown who withdrew, and Stacey Dash who withdrew. Barragán beat her opponents receiving 62.2 percent of the votes.

–Judy Chu is a member of the U.S. House representing California’s 27th Congressional District. Chu ran for re-election against her opponent, Democratic Bryan Witt. Chu beat her opponent receiving 82.92 percent of the votes.

Proposition 68 passed as of press time with 56.88 percent in favor and 43.12 percent opposed. According to the ballot, the proposition “will authorize $4 billion in general obligation bonds for state and local parks, environmental protection and restoration projects, water infrastructure projects, and flood protection projects. Assuming a 3.5 percent interest rate over a 30-year period, the bond issue would generate $2.53 billion in interest, meaning the state would spend $6.53 billion to pay off the bond issue.”

Proposition 69 passed as of press time with 82.06 percent in favor and 17.94 opposed. According to the ballot, the proposition “will not affect anything. SB 1, which was also known as the Road Repair and Accountability Act of 2017, enacted an estimated $5.2 billion-a-year increase in transportation-related taxes and fees, including a $0.12 cents per gallon increase of the gasoline excise tax, a $0.20 cents per gallon increase of the diesel excise tax, a 4 percentage points increase of the diesel sales tax, an annual $25 to $100 Transportation Improvement Fee, and an annual $100 zero-emission vehicles fee.”

Proposition 70 did not passed as of press time with 61.93 percent opposed and 38.07 percent in favor. According to the ballot, the proposition will “require a one-time two-thirds vote in each chamber of the California State Legislature to use revenue from the State Air Resources Board’s auctioning or sale of greenhouse gas emissions allowances under the state’s cap-and-trade program. To make sure no revenue is spent without the two-thirds vote, the measure would place all revenue from the cap-and-trade program in a Greenhouse Gas Reduction Reserve Fund beginning on January 1, 2024. The vote would take place anytime on or after January 1, 2024. Revenue would collect in this reserve fund until the one-time two-thirds vote occurred. If legislators failed to secure a two-thirds vote, revenue would keep collecting in the reserve fund and the state would be unable to spend the revenue. Between January 1, 2024, and the passage of the spending bill, the measure would also suspend a sales tax exemption for manufacturers, increasing tax revenue about $260 million per year. If legislators succeed at securing a two-thirds vote, revenue would begin to fill the non-reserve Greenhouse Gas Reduction Fund, which requires a simple majority vote to use money from.”

Proposition 71 passed as of press time with 78.44 percent in favor and 21.56 percent opposed. According to the ballot, the proposition will “move the effective date of ballot propositions to the fifth day after the secretary of state certifies election results, rather than the day after the election. As of 2018, the secretary of state was required to certify election results no later than the 38th day after the election. For example, when voters approved Proposition 64 on November 8, 2016, the recreational use of marijuana became legal under state law on November 9, 2016. If Proposition 64 was approved under the process outlined by Proposition 71, the recreational use of marijuana would have become legal on December 17, 2016.”