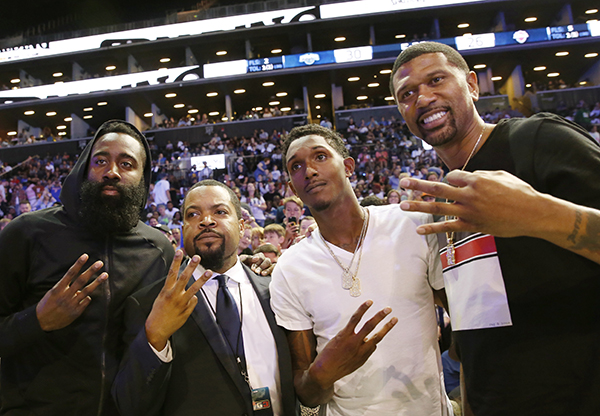 Julius “Dr. J” Erving walked around the Santa Monica College gym with a 60-man tryout roster in handwriting notes next to the names of former NBA players that participated in the Big3 Basketball League combine on Wednesday (Apr. 11). Co-founders and Co-CEOs of the 3-on-3 league, Ice Cube and Jeff Kwatinetz, hosted a combine to fill 19 open roster spots before the start of the league’s second season this summer.

“Just getting to the second season means people want to see it,” remarked Ice Cube. “It’s really about us elevating the game any way we can. Players are in better shape than they were last year, we have a new commissioner and new sponsorship.”

Ice Cube detailed the improvements made after the success of the Big3 in its inaugural season.  Roger Mason Jr. was replaced by 10-time NBA All-Star Clyde Drexler as the league’s commissioner after controversy arose out of lawsuits with mysterious league investors from Qatar.

Drexler, who was an NBA champion with the Houston Rockets, signed a three-year contract after he coached in the Big3 last season. The BIG3 expanded its team rosters from five to six players, including three co-captains to each team. Ron Artest, Amar’e Stoudemire, Nate Robinson, Baron Davis, Carlos Boozer and Drew Gooden have been announced as co-captains. 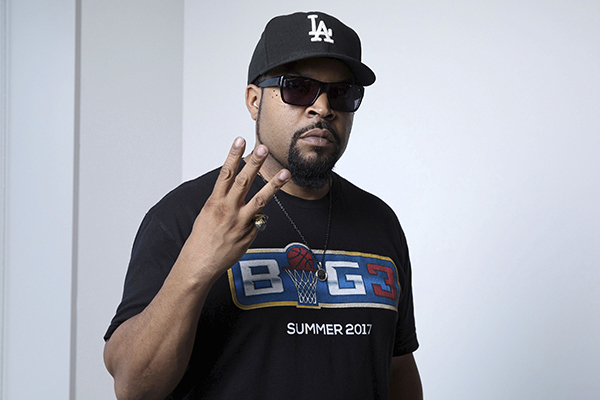 FILE – In this June 20, 2017, file photo, Ice Cube poses for a portrait in New York. For his 3-on-3 league of former NBA players that debuts Sunday, the actor-entertainer insisted the competition be serious, a proper representation of a form of basketball that’s so popular that it’s ticketed for the next Olympics. (Photo by Amy Sussman/Invision/AP, File)

“Ice Cube has stuck his neck out for former players to have an opportunity to play again and to get paid and to have a platform to showcase whatever they’re doing,” said Rashad McCants who was named MVP of the championship game last season.

Former NBA players filled the gym for the opportunity to suit up in a competitive league setting whether they were motivated as a vehicle to return to the NBA, give back to the fans, earn a  living or opportunities to play the game again at a high level.

“I’m not going to say it’s intimidating, but some of these legends looking at you playing it was exciting for me,” point guard Robert Hite said following the combine. “My number in college was 22 like [Clyde Drexler], it’s a blessing to be acknowledged by those guys and to even know that they’re watching me.”

Hite was one of the nearly 60 players who worked out at the combine. He was drafted on Thursday (Apr. 12) to Tri-State in the second round as the twelfth overall pick. Andre Owens was selected first overall to the Ball Hogs.

The league has elected to keep the four-point circle and the games still go to 50 points.

The BIG3 recently announced the 2018 season schedule, unveiling several new stops including Houston, Oakland, Detroit, Miami, Toronto, Boston, and Atlanta. The 10-week season will tip off in Houston, Texas on June 22 at the Toyota Center. 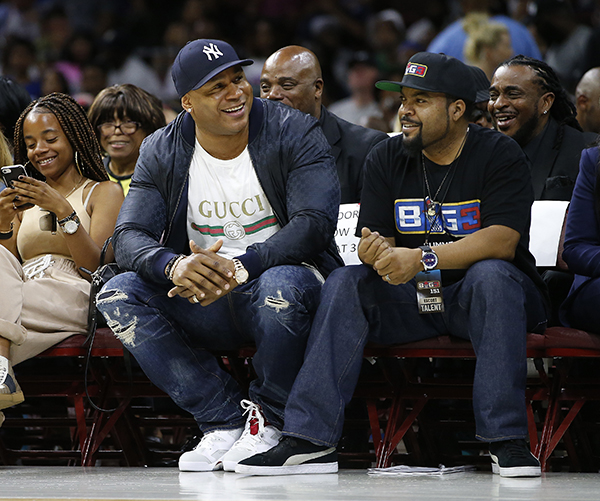 LL Cool J, second from front left, and Ice Cube watch the action as The Power plays the Ghost Ballers during the first half of Game 1 in the BIG3 Basketball League in Philadelphia, Pa., Sunday, July 16, 2017. (AP Photo/Rich Schultz)

See full rosters for the 2018 season below: 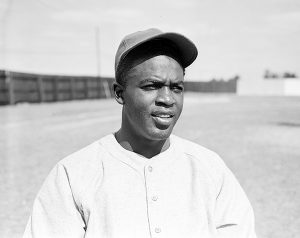 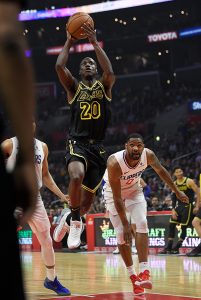 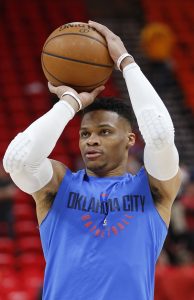 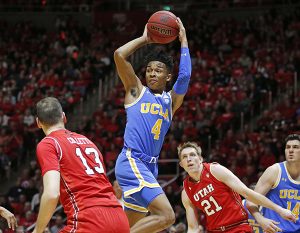