The run-up to the 2018 congressional elections has begun. With 40 Republican representatives deciding not to run again, the party’s majority in the House is at risk. President Donald Trump has announced he plans to stump for Republicans across the country, seeking to make the election a referendum on him. Characteristically, a centerpiece of his approach is to use race as a weapon to divide and distract us. ... read more »
Mississippi Civil Rights Museum Tells Authentic Stories from the Movement 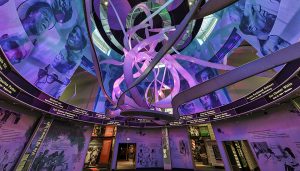 It was important that people know that Mississippi was ground zero for the Movement; the Mississippi Civil Rights Museum helps to tell the stories of the people that were there. ... read more »
Face the Truth About Lynchings to Move Our Country Forward

The reckoning that began with the Civil Rights Movement has continued; the memorial is a testament to that. People of good will want the healing to continue. The vibrancy and prosperity of the New South requires that the healing continue. But to heal wounds, you have to take the shrapnel out first. To move to reconciliation, you must start with the truth.  ... read more »
ADVERTISEMENT
Black Vote Propels Democrat Doug Jones in Alabama Senate Race Victory 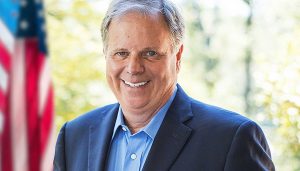 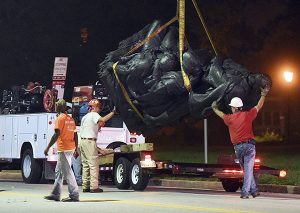 Confederate monuments in Baltimore were quietly removed and hauled away on trucks in darkness early Wednesday, days after a violent white nationalist rally in Virginia that was sparked by plans to take down a similar statue there. ... read more »
Dallas’ black councilmen say remove statues to heal past

The four black councilmen in Dallas called for the city's Confederate statues to be removed Friday, saying it will allow the community to start healing from its racist past. ... read more »
NAACP: Man convicted of church bombing shouldn’t be freed