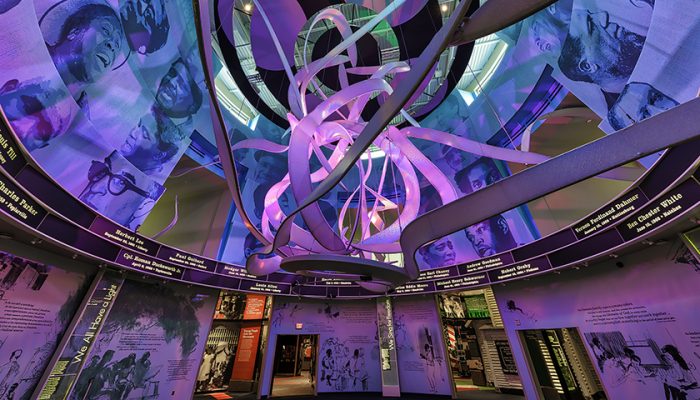 In the early morning hours of January 10, 1966, civil rights leader Vernon Dahmer Sr. was jolted from his sleep, as members of the Ku Klux Klan surrounded his house just north of Hattiesburg, Miss. Dahmer, a Black land-owner, had been actively working to register Blacks to vote and, in some cases, he even paid their “poll” taxes. It was enough to earn a Black man a death sentence in the South.

The Klansmen bullets ripped through the darkness splintering wood and shattering glass as they fired on Dahmer’s house; one of them hurled a Molotov cocktail through the window; the Klan wanted to burn Dahmer and his family alive.

As smoke and flames engulfed his home, Dahmer grabbed his shotgun and blasted his way out, creating a diversion as the rest of his family fled into the woods. Later that day, Dahmer died from smoke inhalation at an area hospital.

“These are the kinds of stories we talk about in the Mississippi Civil Rights Museum,” said Pamela Junior, the museum’s director. “We tell people all the time: Museums are living and breathing places.”

Junior lamented that, oftentimes, the history of the Civil Rights Movement is told through the narrow lens of a few key figures, like Martin Luther King, Jr. and Rosa Parks. She said that it was important that people know that Mississippi was ground zero for the Movement; the Mississippi Civil Rights Museum helps to tell the stories of the people that were there.

“What we want to do is make sure that the stories are told authentically,” Junior said. “We have our own native son, Medgar Wiley Evers. We have Fannie Lou Hamer, June Johnson, Owen Brooks…local people who made up the Movement.”

Junior said that it was also important to show that civil rights leaders were ordinary people, yet they still managed to have a significant impact on the course of American history.

Junior continued: “So, to see something so powerful that these regular, poor people did to make things happen in the state of Mississippi is awesome.”

The museum promotes a greater understanding of the Civil Rights Movement in Mississippi and shares the stories of the movement that changed the world.

A press release that described the museum said that visitors can witness the freedom struggle in eight interactive galleries that show the systematic oppression of Black Mississippians and their fight for equality that transformed the state and nation.

The press release continued: “Seven of the galleries encircle a central space called ‘This Little Light of Mine.’ There, a dramatic sculpture glows brighter and the music of the Movement swells as visitors gather.” 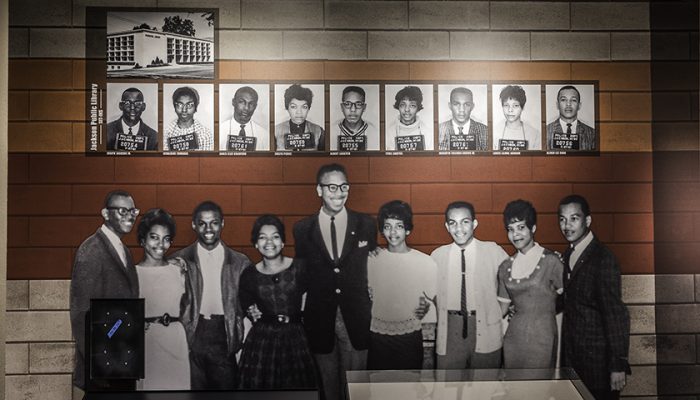 Each museum gallery highlights a specific sub-topic or period. Gallery 1 defines civil and human rights; Gallery 2 focuses on the Civil War and Reconstruction; Gallery 3 highlights civil rights activists and shares the stories of a Mississippi movement that changed the world; Gallery 4 peels back the layers of a segregated society; Gallery 5 showcases the sacrifices and the successes of the 1960s; Gallery 6 takes a deep dive into the Freedom Summer and local movements in Mississippi (1963-1964); and Gallery 7 tells the story of Black Empowerment from 1965 to the early 1970s.

Junior said that, through the civil rights museum, the ills of Mississippi are finally on the wall.

“We’re taking the bandage off of the sore,” Junior said. “We don’t allow it to fester anymore. We let it breathe, so that healing can continue.”

The last gallery, Junior said, was designed to spark conversations about how all races can move forward together.

Junior continued: “We are the movement; it’s up to us to do the work.”

Gallery 8 is titled “Where do we go from here?” and features mirrors with quotes from Mississippians who made incredible sacrifices to improve the lives of others.

One of the last quotes that visitors see as they walk out of the Mississippi Civil Rights Museum is by Oseola McCarty, a Black seamstress and domestic worker who lived in Hattiesburg, Miss. McCarty, who “quit school in the sixth grade to go to work, never married, never had children and never learned to drive,” according to The New York Times, eventually donated nearly her entire life savings—$150,000—to the University of Southern Mississippi to fund scholarships for Black students.

“[McCarty] said that, ‘if you want to be proud of yourself, you have got to do things you can be proud of,’” Junior said. “So, I want people to live by that mantra.”