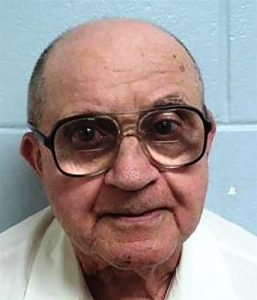 Members of the Birmingham NAACP and other groups held a news conference Friday to protest the possible early release of 78-year-old Thomas Edwin Blanton Jr.

Blanton has served 15 years of a life sentence for being part of a group of Klansmen who bombed 16th Street Baptist Church.

Blanton has denied involvement in the bombing. He’s among three one-time Klansmen convicted in the blast.