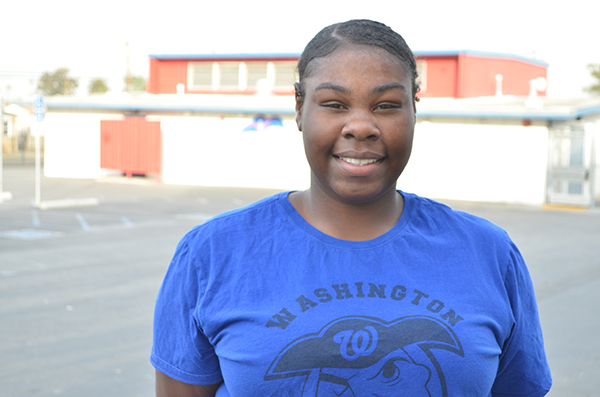 Being a second-generation Washington Prep student, Teairra Anderson is honored to don the red, blue and white and compete. However, the junior forward/center wanted to make sure her academics came first.

Anderson mentioned how she took some time off from the girls’ basketball team in order to get her grades up.

“I had to choose education because if you get your education right, then basketball would come easily,” she said about balancing school and basketball. “It was pretty hard to begin with, but now, it’s not really a struggle with basketball and my school work.”

Anderson earned a spot on the Varsity squad this season, a team she describes as “helpful” and “family-oriented.”

“If someone is lagging in some part of the plays in basketball, we will help them out,” Anderson said. “It’s another family for me and I really like that about my basketball team.

“I’m interested in the things that deal with history and the history of us,” she said. “I like how [African Americans] went from slaves to presidents.”

English class helps Anderson on the hardwood; her teacher demands the same things that her coach does.

“He’s always trying to get me to pay attention and focus, which is what my coach always tries to get,” Anderson said. “My coach be like, ‘focus,’ so that kinda helps on the court and [at] a desk.”

When she is not studying or playing basketball, Anderson is helping at her little brother’s after school program or assisting her mother at her day care.

“Honestly, I just like kids. They listen most of the time,” Anderson said. “My mom, she’s been having a day care and a preschool for about 20 years and I was born into it.”

The girls’ basketball team had to endure plenty of obstacles, finishing the season 4-11, and earning the 15th seed in the Division II City Section playoffs. Through the experience, Anderson learned perseverance.

“If I’m consistent at something that’s constantly failing, I kinda want to not give it my all anymore,” she said. “One of my coaches was like ‘never give up, always be hard, the better you get the worse a lot of things may come, so just never give up and keep trying.’”

Anderson finished the season with three double-doubles, according to MaxPreps. In their season opener against Banning, she scored 17 points and 17 rebounds.

A future aspiration of Anderson’s, is to make her mother and grandmother happy.

“She works a lot—very hard—and sometimes we take for granted what our mom and our grandma do,” she said. “I just want to make them happy for once.”

To nominate a student for “Student Athlete of the Week,” they must have a 3.0 GPA, be involved in a non-athletic student organization and/or volunteer with a community organization. For more information, please contact amanda@lasentinel.net. 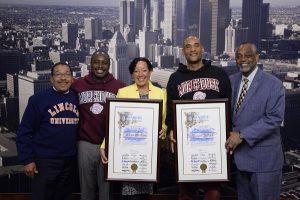 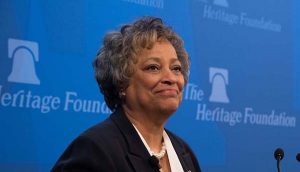 We Need Educational Equality in Our Schools