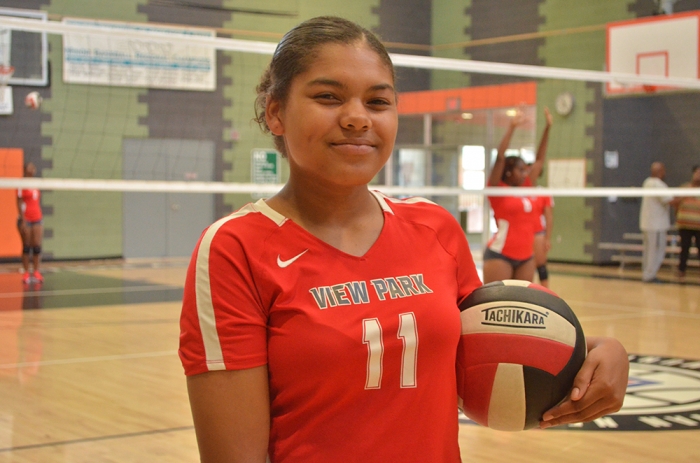 Senior hitter Makenzie Carter is co-captain of the View Park girls’ volleyball team and senior class president. She has played on the varsity squad for all four years.

Being a leader on the time taught her that knowing how to communicate with your teammates is key.

“I’ve learned that you have to connect with people in different ways,” she said. “You just can’t have one way to talk to everybody, you can’t always be strict.”

Carter had loved playing volleyball for most of her life but had an internal struggle when it came time to try out for the volleyball team at View Park.

“We did not have a JV team, so it was like you make varsity or you’re cut,” Carter said. “It was hard to decide, but I was like “I love it, so I’m gonna go ahead and do it” and I made it.”

During her freshman year, Carter played volleyball and soccer. She noted how juggling both sports were hectic.

“Right after volleyball was done, I was going to Westchester to go to soccer,” she said. “I wouldn’t get home until 11 p.m.”

Carter is currently taking two Advanced Placement classes: AP Government and AP Literature. In AP Government, she is learning about issues that arise in her textbook and beyond.

“Our first assignment was about Nipsey Hussle and figuring out who he was as a person good and bad and writing an essay and what social media against the government was saying,” Carter said. “Social media and the government wanted to recognize Nipsey as a gangbanger and that’s all it was, but he actually did impact the community and just the way he wanted to evolve in the world and make a difference.”

Being senior president, her duties include planning fundraising events for the Prom and listening to the feedback and critiques of the students.

“I’m not only focused on the seniors,” She said. “But I also help out with the student body.”

Carter also helps with events like the Homecoming dance and with selling Valentine’s Day snack bags. Balancing her schoolwork with running the senior class activities and playing volleyball is not a big challenge since she has two free class periods.

“I like helping people; you get a cut on your finger, I’m there with Band-Aids, peroxide all of it,” Carter said. “I want to combine my passion for helping people and sports together.”

Follow @thelasentinel on Twitter to keep up with Student Athlete of the Week. To request a story on a student athlete, email [email protected] 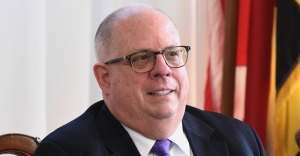