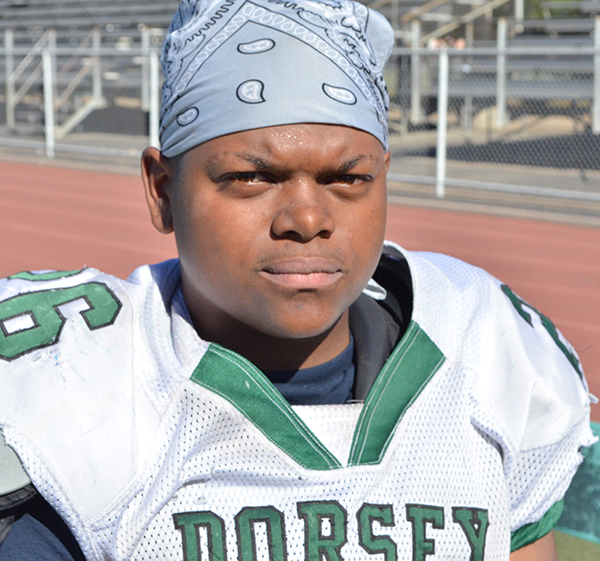 Senior running back Cameron Simms noted how playing against Narbonne High School was one of his most memorable games as a Dorsey Don. (Amanda Scurlock/L.A. Sentinel).

This student athlete wears many hats. Not only does he play at the running back position for the Dorsey High football team, but he is an academic scholar and an entrepreneur with a passion for music.

Simms has a 3.16 GPA and is taking A.P. Calculus. The challenges the class presents has not deterred Simms from his interest in math.

“It’s a lot of work, but I like math,” he said. “I adapt to it quick and just like the way everything moves around.”

The balance to remain competent to the football team and to his grades inspires Simms to sacrifice hours of rest to get work done.

Along with playing football, Simms also plays baseball. Having the mentality to work hard has helped him perform high in both sports.

As a senior, he uses the lessons learned in previous years to help the younger players.

“Dorsey is up-speed, we’re up-tempo, we’re fast, we run around everywhere,” Simms said. “The undergrads don’t know about that, so we have to push them to where we’re at.”

The City Section championship showdown between the Dons and the Narbonne Gauchos in 2016 is a highlight for Simms’ football career. Although Dorsey would fall 34-42 to the Guachos, he—like many other Dons players who were involved—revered the matchup. The Dons were 9-4 overall that season.

“We fought, we tried to fight as hard as we can,” he said. “It was a lot of people there, I like the people around me just cheering on for us.”

The 2017 season was no crystal stair for the Dons; they struggled early in the season and ultimately earned a 7-7 overall record. Yet, they made a second consecutive City Section Championship appearance.

Simms is also an entrepreneur and a D.J., providing music at several events on campus.

“I D.J. for the school. I did for some games before I went Varsity,” he said. “I D.J. Pep Rallies, I D.J. weddings and everything.” 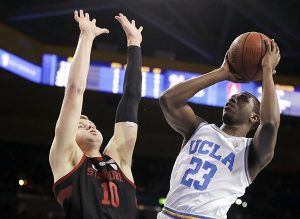