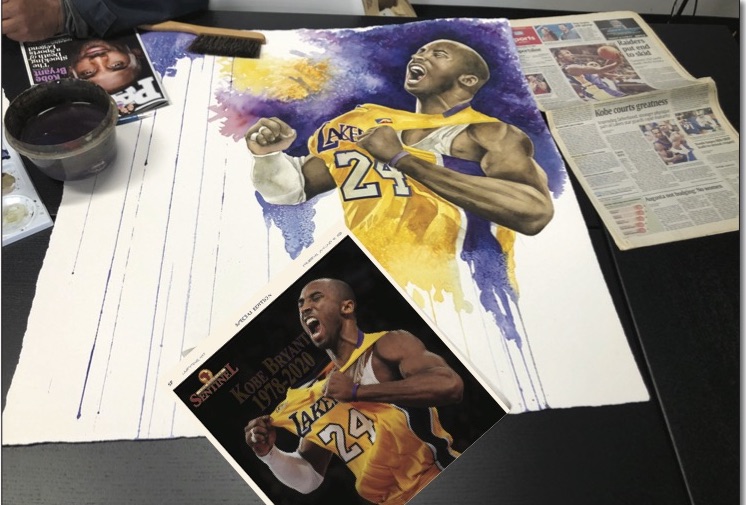 On Sunday, February 2, South LA Café hosted a “Day of Tribute: Kobe, Coffee, and Conversation” in honor of the great Kobe Bryant. It was a free community event where people could write letters to Kobe, bring something to the altar, and create art projects. A great way to celebrate the life of a king and be around others who were inspired by him.

South LA Café owners, Joe & Celia Ward-Wallace, held the event on a Sunday, a day where the café is closed. Those who attended the event had the option to draw, write, color, or whatever they needed in order to cope with this horrific tragedy. Joe and Celia provided all the materials for participants to be as creative as they wanted to be.

“We would be ignorant if we don’t understand what’s happening in our community, and people are mourning over this gentleman,” said Joe. They also invited famous painter Kenneth Gatewood, the first painter to sign with the NBA. He gave free clinics to people who wanted to learn how to paint. He helped several people paint a picture of Kobe.

People love to express themselves through art, and this event allowed them to mourn and celebrate Kobe Bryant’s legacy concurrently. There were Bryant paintings, cutouts and drawings all throughout South LA Café. It was a diverse group of people, from young kids to teenagers and adults, all participating in art projects. This was a priceless experience for the community, one that should be remembered as they surrounded each other with talented, like-minded individuals creating art projects focused on Kobe. 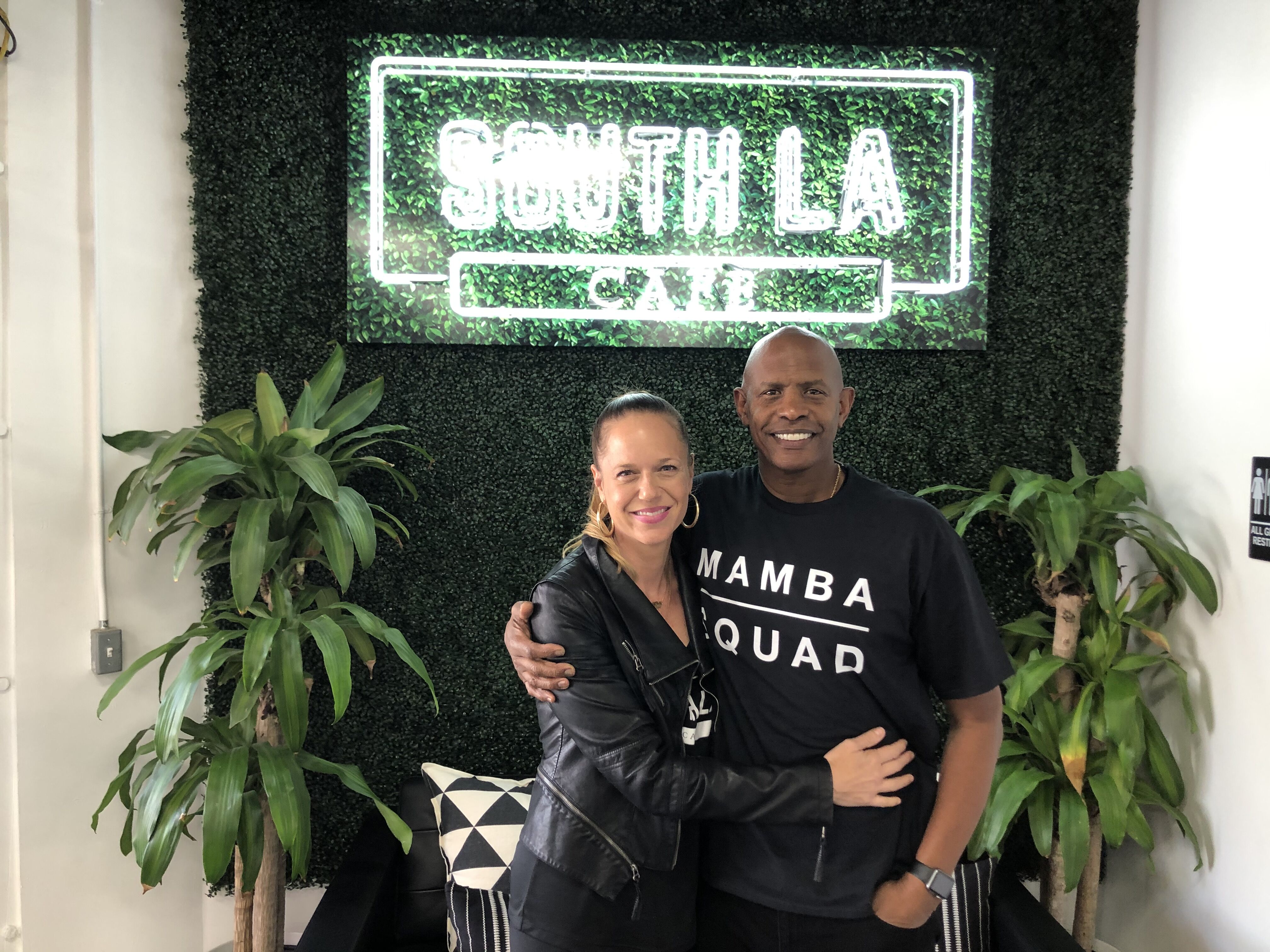 Even if you aren’t an artist, you were still able to create a painting because of the material South LA Café provided. Joe told the Sentinel, “We want people to be a part of this community. How can we ignore the fact that the community is hurting? This event is not closure, and it’s an opening. The people in there are wearing their Kobe jersey’s and Lakers gear, and they’re just talking to people.”

He also mentioned, “We have a therapist here if people need to talk. We brought out professional artists and they wanted to be a part of this. They understand the importance of people getting over this situation.”

This event initiated countless conversations about how Kobe Bryant played a significant role in people’s lives. Part of the discussion was his success, how he brought five championships to the Lakers, despite adversity. Everyone had the opportunity to share their favorite Kobe moment. There were times where people had to share some tears.

“I had a lady here breakdown this morning. She was trying to draw, wanted to write something but couldn’t. So, I said, ‘hey just cut out what you want to say.’ So, it got her back started, and before you knew it, she colored, she drew, and she wrote a letter,” said Joe. 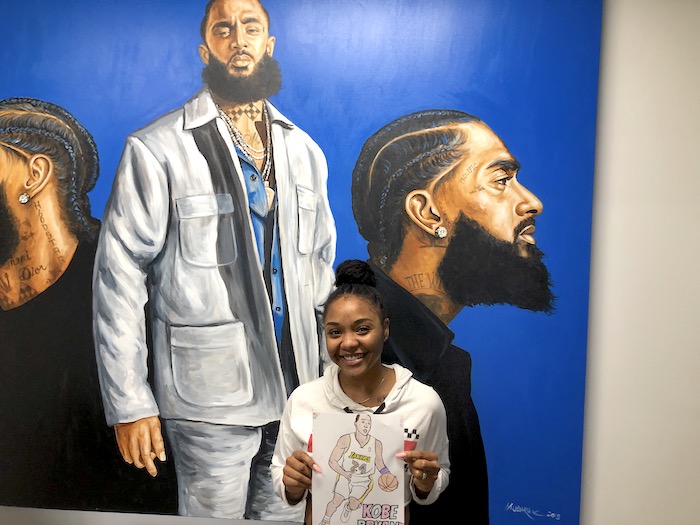 He also mentioned, “We have the tools to help people get started with this. If they are here, it’s happening for them. I wish people would have done this for me when I was going through things. My wife and I can, so we did.”

In the last 10 months, the world and more specifically, Los Angeles, has lost two influential icons in Nipsey Hussle and Kobe Bryant. They were disruptors, game-changers, inspiring the next generation, and they died unexpectedly.

“Two wonderful Black men that were doing things. They were helping people, and it’s crazy. I didn’t realize how much Kobe was doing in the communities all over the world, Joe said. This event helped many people come together and network as well. While everyone was creating “Kobe” focused artwork, they were also conversing about how he inspired them.

“Today, I’m just pouring out about it.”

The South LA Café staff was representing their Kobe Bryant shirts, painting, serving and welcoming everyone with open arms. Wallace’s wanted the event to open up the conversation about Kobe because they feel his death needs to be talked about. No one will ever get over the passing of Kobe, but this event helped individuals obtain the start of the healing process.

Kobe Bryant’s memorial will be on Feb. 24, at the Staples Center. 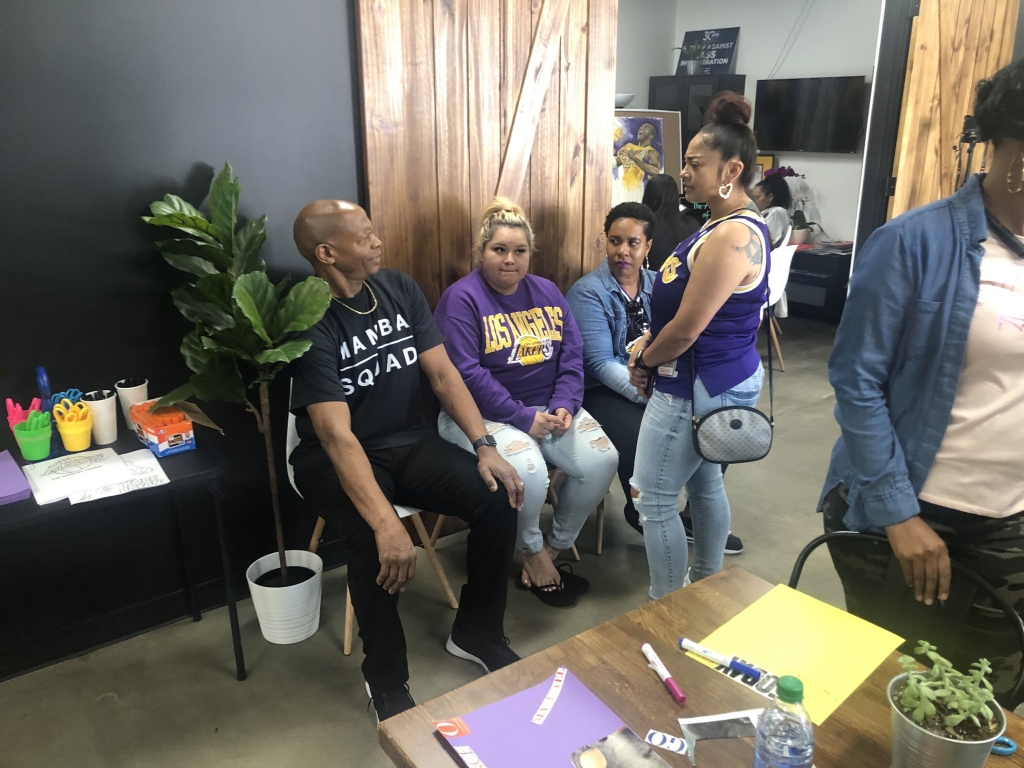 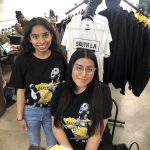 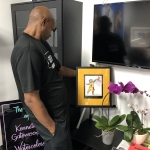 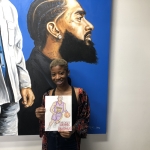 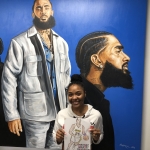 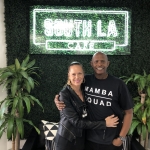 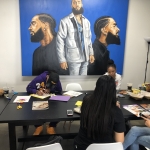 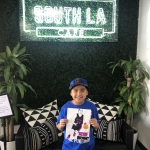 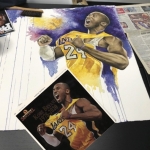