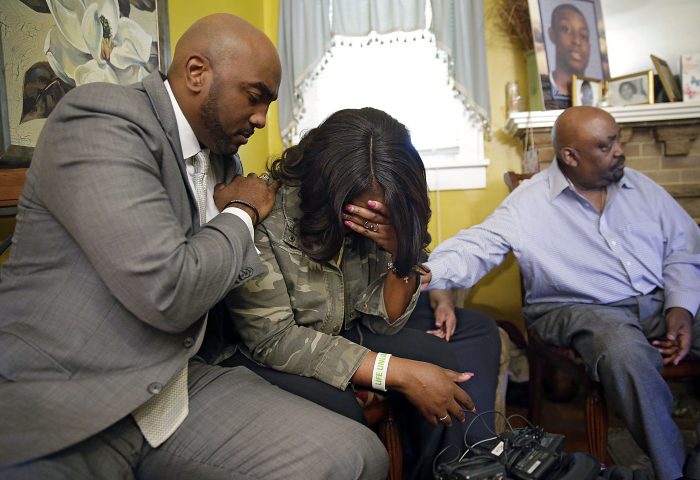 TULSA, Okla. (AP) The sister of a black man shot and killed by a Tulsa police officer when he reached into an SUV stalled in the street said on Saturday that she does not believe her brother was armed.

Terrence Crutcher, 40, died at the hospital where he was taken after he was shot by the officer at around 8 p.m. Friday, police said.

“One fact I do know is that my brother was unarmed,” Terrence Crutcher’s twin sister Tiffany Crutcher told a news conference Saturday. “I’m just devastated.”

MacKenzie declined to say Saturday whether a weapon was found and said the items that were recovered will not be revealed until a news conference Monday by Police Chief Chuck Jordan.

An attorney for the Crutcher family, Damario Solomon-Simmons, called on Saturday for police to release any video of the shooting. Police spokeswoman Jeanne MacKenzie said she believes the officers’ dash cameras might have captured video of the shooting. Tulsa police officers don’t have body cameras, although they were selected to receive a nearly $600,000 cash-match grant for them in 2015.

Solomon-Simmons told reporters that Crutcher was in the area because his car stalled and officers saw him while on an unrelated call and approached.

“From that point, I do not know what occurred. We have no idea, and that’s what is so difficult for us and the family,” Solomon-Simmons said. “That’s our job, to try to get answers for this family as they’re mourning.”

MacKenzie said an officer responding to another call saw the vehicle in the middle of the road and called for backup, and the two officers were walking toward the SUV when Crutcher approached them from the side of the road.

“He refused to follow commands given by the officers,” MacKenzie said. “They continued to talk to him, he continued not to listen and follow any commands.”

Tulsa police did not release the names and races of the officers’ involved. The officer who shot Crutcher was placed on paid leave, which is routine in cases of police-involved shootings. The county district attorney’s office will determine if the shooting was justified, MacKenzie said.

“Every situation is different. Officers are involved in typically fast-moving situations, and officers who choose to use force, base (those decisions) on the situation involved that they are facing,”MacKenzie said.

Online court records show Terrence Crutcher of Tulsa with the same date of birth as the man who was killed pleaded no contest in 1996 to carrying a concealed weapon and resisting an officer and was given a six-month suspended sentence.

His only other court records were for traffic violations, the most recent occurring in 2005.

Tulsa has a troubled recent history of police relations with the African-American community. In April, a white reserve Tulsa County sheriff’s deputy was convicted of manslaughter in the fatal shooting a year earlier of an unarmed black suspect who was on the ground being restrained by officers. The deputy said he thought he was shooting his stun gun when he shot the man with a handgun.

The shooting led to an investigation that resulted in misdemeanor charges against the county sheriff, who resigned and later pleaded no contest to a charge of refusal to perform official duty and pleaded guilty to willful violation of the law. The reserve deputy program was briefly disbanded after an official report found it was riddled with corruption and reserves were poorly trained. But a new police chief reinstated it earlier this year. 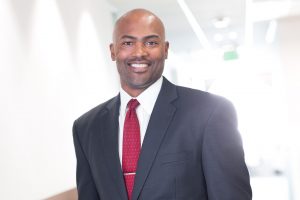 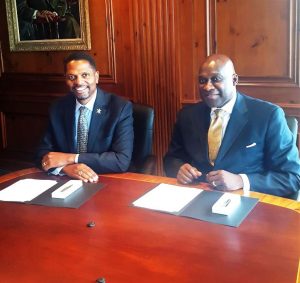 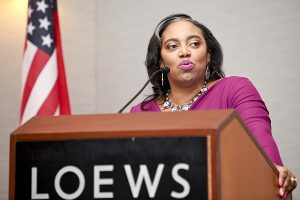 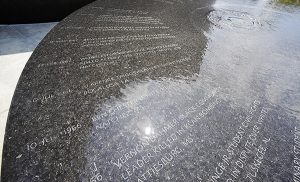 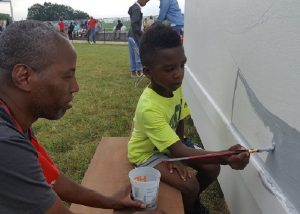