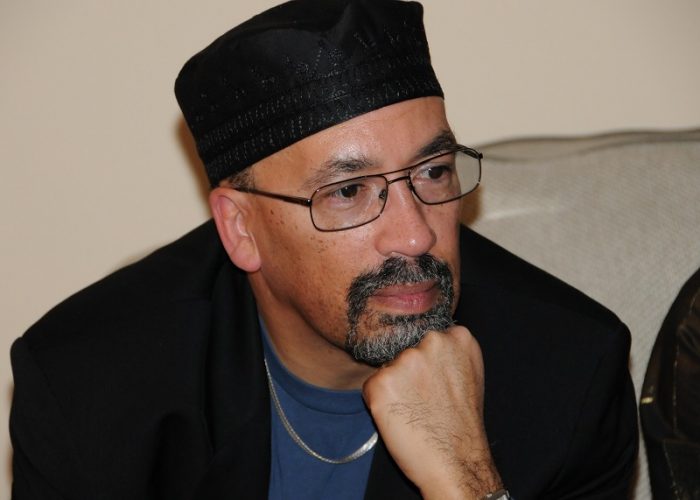 Bill Fletcher says that Trump’s infatuation with authoritarianism is not a simple rhetorical device used to increase ratings.

After every Trump outrage, we go through a similar routine. Trump says or does something that most sane people believe to be over the top; he is roundly condemned; some Republicans shake their heads; masses of people ask that something be done…and then it all fades into the next news cycle.

What was different in connection with Trump’s recent alleged remarks against Africa, Haiti and Latin America—the notorious “s–thole remarks”—was that some Republicans who were in the room at the time of the alleged remarks first played dumb and then claimed that the remarks had not been verbalized. At that point, there was laughter in the audience.

Yet, in talk show after talk show there is a question that keeps getting asked: why isn’t something being done about this situation? Why can’t Trump be brought back to the standard of a respectable politician? The answer is not very difficult, but has several parts. Here goes.

First, he is not now nor has he ever been a “respectable” politician. Whether as a reality show celebrity or candidate for office or now as President, he has insisted on being provocative. He believes in stirring things up. It is this modus operandi that inspired his right-wing populist base. They were not looking for what they believed as more of the same. On top of that it remains far from clear that Trump would understand how to be a respectable politician in either case. It seems to run against his nature.

Second, who will do anything about Trump? The Republicans control both houses of Congress, the White House and the U.S. Supreme Court. They look at Trump as a blunt force object that serves the interests of their agenda. Many of them may be personally uncomfortable with him, but they know that if they move to take him down, they may provide momentum for the Democrats. They would rather that the United States become and remain a global laughingstock, than lose the political edge.

Third, the so-called moderate Republicans who are deeply uncomfortable with the crudeness of Trump worry that they will be challenged in Republican primaries by the extreme Right should they move against Trump. Perhaps they wonder and hope that there will be deeper revelations in the Mueller investigation of alleged Trump/Russia ties, but for now they will do nothing.

Thus, holding Trump accountable is a matter of political power. It is not a matter of morality and good will. If those who see the Trump regime as a threat to humanity do not engage in mass political action, including, but not limited to, electoral politics, the situation will go from bad to worse. By worse, I mean growing authoritarianism. And here we must all be clear that Trump’s infatuation with authoritarianism is not a simple rhetorical device to increase the ratings. It seems to reflect the centerpiece of his worldview: Life is about Trump; Trump is the savior of the U.S.; Trump’s ideas are the greatest that humankind has every experienced. Those who get in the way of Trump’s truth, therefore, are enemies who must be removed.

The challenge is now ours.