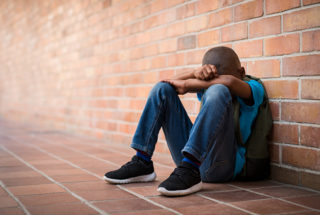 The significance of the report falls in line with Los Angeles Unified School District’s “zero tolerance policies,” which previous studies have shown unfairly target Black students, especially Black males. Those policies are said to have led to increased drop out rates and contributions to the “school to prison pipeline.”

“From a very young age, far too many Black boys and young men are being told, in effect, to get out, and are excluded from the school and classroom, says Professor Tyrone Howard, the director of the Black Male Institute at UCLA.

“It’s an unfair practice with serious consequences for learning and achievement and future success, and it needs to stop.”

In 2016, article for the L.A. Times, reporter Skikivu Hutchinson wrote that Black students attending school in LAUSD are often confronted with teachers who view them as “ticking time bombs, chronic screw-ups who are intellectually incapable of pursuing a college degree.”

“So much of the debate centers on whether schools are being too dismissive or overly punitive, and factors like school structure, which data show correlates to suspension rates, tends to get overlooked,” said education policy expert Tom Loveless, who produced a 2017 report on California suspension rates for the Brookings Institution.

Loveless’ research suggests that nearly 43 percent of middle schools in California suspended blacks at a high rate. That figure drops to below 39 percent in high schools. In elementary schools, it’s the lowest, about 19 percent.

While the report doesn’t indicate the exact reasons for the high middle school suspensions, Loveless suggests factors involved in physical and mental growth may have something to do with it .

“[Middle school is] when kids get squirrely,” he said.

“It’s just a few minutes, but it gives kids time to get in trouble. It’s also, of course, when students first experience a surge of hormones and have to navigate a complicated social maze toward adulthood. Data show suspension rates generally fall after 10th grade as students mature.”

It could also be a function of school size. The data also suggested that larger schools tend to suspend students at higher rates, and some California middle schools serve between 2,000 and 3,000 students.

He found that small and mid-sized schools suspended Black students at below-average rates, while a larger share of big schools — those with 1,300 students or more — have above-average suspension rates.

But regardless of the reason, the problem remains urgent and in need of solutions.

“Our hope is to focus the attention of educators and policymakers on the issue and offer specific suggestions that can help keep Black males in school.”