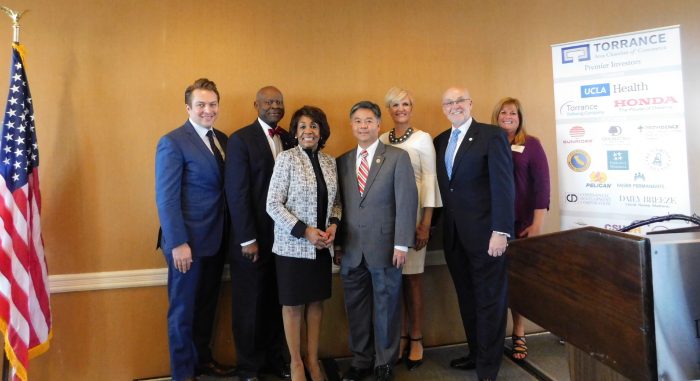 Congresswoman Maxine Waters (CA-43), Ranking Member of the House Financial Services Committee, delivered a keynote address during the Torrance Chamber of Commerce “2018 State of the Region Luncheon” at the Doubletree by Hilton Torrance-South Bay.  Congresswoman Waters and Congressman Ted Lieu (CA-33) were invited to provide a legislative update on a number of national policy issues and their impacts on the South Bay.

Given the vibrancy of businesses and communities within the 43rd Congressional District, which includes the cities of Gardena, Hawthorne, Inglewood, Lawndale, Lomita, Los Angeles, and Torrance, Congresswoman Waters opened her address by discussing her strong support for local import-export businesses, aerospace companies, and other industries located within her district.

“The 43rd Congressional District is a dynamic and thriving region filled with incredible people, brilliant and hard-working entrepreneurs, businesses that innovate, and local leaders who understand the importance of constantly reinvesting in our communities,” said Congresswoman Waters. “As I proudly represent this region in Congress, I am working to support the programs and projects that are important to our communities.  At the same time, I have been fighting for public policies that will allow this region to continue to thrive.”

“A safe, efficient, modern, and accessible transportation system and access to safe, clean drinking water is vital for a healthy environment and a vibrant economy.  That is true here in the South Bay and in communities throughout the United States. I am working hard to expand federal support for infrastructure in communities nationwide,” she said.

“I think that there will be a robust conversation in Washington over the upcoming weeks and months about transportation and infrastructure funding, and the appropriate amount of federal investments.  I have long advocated for additional federal transportation and infrastructure investments.  At the center of the discussion will be an examination of how the federal government can invest in infrastructure without shifting the burden to states and local communities to come up with an unrealistic, or unreasonable, share of the funding,” said Congresswoman Waters.

In addition to infrastructure, Congresswoman Waters also discussed several other contentious federal policy issues and their impacts on South Bay residents.  Those issues include the Trump Administration’s decision to open up the entire Pacific coastline to offshore oil drilling, which would be devastating for coastal cities in the South Bay, like Manhattan Beach, Redondo Beach, and Hermosa Beach; immigration and the fate of Deferred Action for Childhood Arrivals (DACA) program recipients; and the new federal tax law, which reduces or eliminates key deductions that are important to Californians.

At the conclusion of her remarks, Congresswoman Waters thanked the Torrance Chamber of Commerce for its “continued commitment as a leading business advocate in the South Bay region,” and pledged to continue “working collaboratively with [the Chamber]” and “fighting for this region to ensure that every resident can live the American dream.” 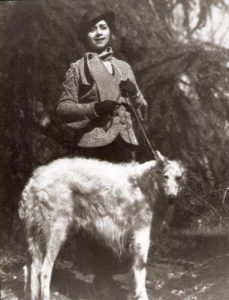