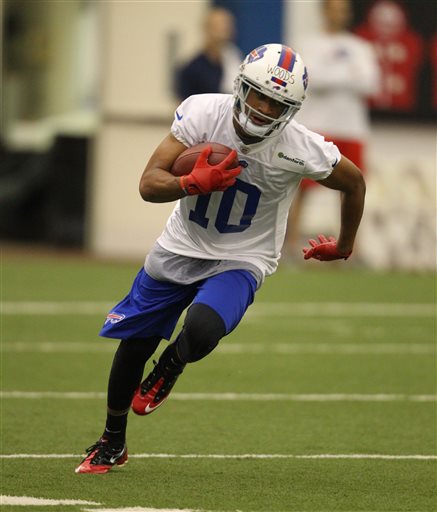 The Los Angeles Rams have agreed to terms with LT Andrew Whitworth and WR Robert Woods the team announced. Terms of the deal were not disclosed.

Andrew Whitworth joins the Rams after spending the past 11 seasons with the Cincinnati Bengals, who drafted the West Monroe, La., native in the second round (No. 55 overall) of the 2006 NFL Draft out of Louisiana State. The three-time Pro Bowler has started all 16 games in seven of the last eight seasons, totaling 164 career-starts in 168 career games in his time with the Bengals. Whitworth helped the Bengals to five 10-plus win seasons and six playoff appearances.

In college, Whitworth was a pillar of the LSU line from 2002-05, never missing a practice or a game with an injury. He finished his collegiate career with 52 starts, the second-most in NCAA history. The 6-7, 330-pounder earned All-SEC first team honors as a junior and a senior, including a consensus nod his final season in Baton Rouge.

Whitworth and his wife, Melissa, have four children. A leader in the community, he started the BigWhit 77 Foundation, and enjoys serving as a motivational speaker to youth groups.

The 6-0, 190lbs. receiver has totaled 203 receptions for 2,451 yards (12.1 yards/reception) and 12 touchdowns. Woods has posted three 100-plus receiving yard games in his first four professional seasons, including a career-best 162-yard, 10 reception outing against the Seahawks in 2016.

The Carson, Calif., native will return to the Los Angeles Memorial Coliseum, a venue he called home from 2010-12 while playing for the University of Southern California.

As a Trojan, Woods started all 38 games en route to establishing a USC record 252 receptions and finished sixth in program history with 2,930 receiving yards, with 10, 100-plus yard outings. Additionally, Woods matched a school record with two 200-plus receiving yard performances and scored 32 career touchdowns for USC.