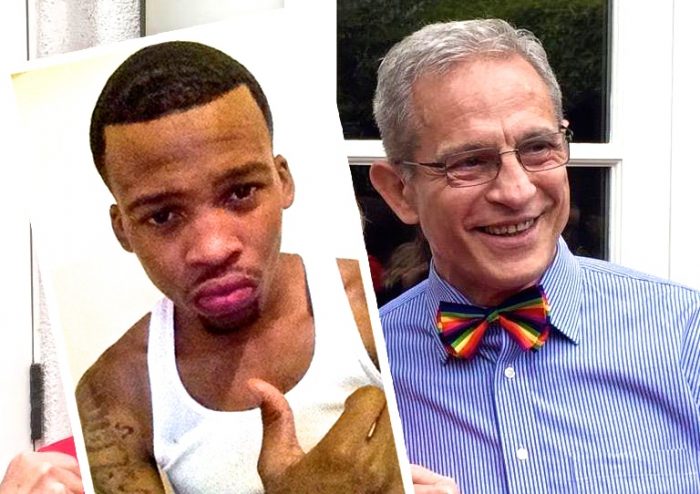 On July 27, 26-year-old Gemmel Moore was found dead in the West Hollywood apartment of 63-year-old prominent Democratic political donor Ed Buck.  Moore was Black, gay, and worked as an escort.

Shortly after Moore’s death, his mother, LaTisha Nixon was quoted in media reports saying that she didn’t believe it was as cut and dry as the coroner’s office was making it.  She had learned that her son had been doing escort work and that her son’s friend was also engaged in similar activity—and that they had a client in common.

Speaking to the WeHo Times, a West Hollywood focused online publication, Nixon said, “I called one of my son’s friends and was like, ‘who the hell is Edward Buck?’  And my son’s friend was like, ‘oh my God, that’s that white guy, that wealthy white politician guy … he was like, ‘oh my God…’  When he calmed down, he told me that Ed Buck was one of my son’s clients and that Ed Buck was one of his clients as well.  [Buck] would have my son to go out to … Santa Monica Boulevard looking for young gay Black guys so he could inject them with drugs, see their reaction and how [they] would react and take pictures of them.”

Moore’s own personal journal seemed to corroborate those statements.

Among Moore’s personal belongings collected by his family from the coroner’s was a journal in which he documents his feelings about the direction of his life and the role of Ed Buck in it.

After news reports of Moore’s death, additional victims of Ed Buck have privately come forward recounting similar stories about a man who has a Tuskegee Experiment like fetish and who likes to shoot drugs into young Black men that he picks up off the street or via dating hookup websites like Adam4Adam.com. The drugs, according to the victims, are often times injected into the young men without their permission and while they’re unconscious after having been given GHB (also known as the “date rape” drug).

Local news showed video surveillance of Moore’s body being removed from Buck’s house as another young man was just arriving. Almost implying that Buck planned to keep on “partying” even after the death of Moore in his house.

Buck has since hired a criminal defense attorney who said that his client was “good friends” with Moore and that he’s a kindhearted man.

Seymour Amster, who also represented convicted serial killer Leon Franklin, also known the “Grim Sleeper”, said that while his client was in the apartment when Moore died, he had absolutely nothing to do with his overdose.

“It is unfortunate that the sheriff’s department is reacting to unsubstantiated allegations,” Amster said. “This is a tragedy, not a crime. He had no involvement in Gemmel Moore’s death. Unfortunately, he opened his home to an individual who was troubled.”

“Whatever Moore did, Mr. Buck was not around when he did it. He was in the apartment in the time of his death. We’re not sure where Mr. Moore took whatever he took to cause the overdose.”

In online ads soliciting young Black gay men, Buck has referred to them as being a “6 foot n-word.”  On his Facebook page he joked with friends using the n-word.

At a  West Hollywood city council meeting on Monday, Captain Sergio Aloma from the L.A. County Sheriff’s Office said that they were now investigating Moore’s death as a possible homicide, but needed the cooperation of other alleged victims.

Those victims have been reluctant due to their own involvement in illegal activity.

“He has them wear these long white ‘under-johns’. He takes pictures of them,” she said. “He hits them up with meth. The more meth that they smoke and inject, the more money that he gives them.”

Congresswoman Karen Bass said, “I’m stunned by the news of Gemmel’s death and the tragic and sad circumstances surrounding it. Nine years ago, I received a $250.00 contribution from Edward Buck. I do not know him, but what I am hearing and reading about his conduct with Gemmel is deeply disturbing. If there are other victims, they should come forward immediately. It is my hope that law enforcement is prepared to investigate and prosecute to the fullest extent of the law.”

“I ask that both LASD and the LA County District Attorney’s office take the necessary steps to make it possible for anyone with information pertinent to this case to safely come forward. We want all facts surrounding this case to be known,” said Councilwoman Horvath.

Los Angeles City Councilman Mike Bonin said, “I strongly encourage law enforcement to investigate the circumstances of Gemmel’s death, and answer the questions being asked by Gemmel’s mother, LaTisha Nixon, and his friends.”

In California, the Drug Dealer Civil Liability Act  allows people to sue drug dealers and those who provide them with drugs to be sued civilly. It was passed in 1997 and it is based upon the 1992 Model Drug Dealer Liability Act a law that is in place in Hawaii and 17 other states.

It is believed, based on witness and victim accounts, that there are dozens of Black gay men in the Los Angeles area who may be victims of Ed Buck.

Civil rights attorney Nana Gyamfi has been working with several of the victims to make sure they are given immunity from the district attorney’s office prior to any statements being made to the sheriff’s.

“If the sheriff’s department and the district attorney are truly committed to standing up and speaking for these victims, providing them with immunity is a no brainer,” attorney Gyamfi said.  “If the district attorney or sheriff has a conflict of interest because of who Ed Buck is, then they should pass it to another agency to investigate. This investigation must be conducted thoroughly and without any prejudice to the complaining and witness and victims.”

Buck has given hundreds of thousands of dollars to Democratic causes and candidates over the years. His Facebook page boasts dozens photos of him with everyone from presidential candidate Hillary Clinton to Governor Jerry Brown, California Democratic Party chairman Eric Bauman and even Los Angeles Mayor Eric Garcetti.

Currently, Ed Buck has not been charged with a crime nor has he responded to Sentinel’s requests for comment.