Caption: Twenty eight year old Alfonso Kee Kee Peterson of Compton has been charged with human trafficking, pandering and the attempted pimping of an undercover officer posing as a 17-year-old girl. He is accused of using a social networking website to recruit girls and women to work for him as prostitutes. (AP file photo)

A 28-year-old Compton man has been charged with human trafficking, pandering and the attempted pimping of an undercover officer posing as a 17-year-old girl, the Orange County District Attorney’s Office announced recently. Alfonso Kee Kee Peterson is accused of using a social networking website to recruit girls and women to work for him as prostitutes, according to Roxi Fyad of the Orange County District Attorney’s Office. Peterson met with an undercover police officer posing as a 17-year-old girl on June 19 in an attempt to get her to engage in commercial sex for his benefit, Fyad said.

Peterson promised to take care of her and take her to areas known for prostitution and human trafficking in Orange and Los Angeles counties. Fyad said Peterson is accused of telling the officer to meet him at an El Pollo Loco restaurant in Long Beach. He was arrested at the location by the Orange County Human Trafficking Task Force with the assistance of officers from the Los Angeles Police Department.

If convicted, Peterson faces a maximum sentence of 12 years in state prison, Fyad said. A pretrial hearing for Peterson is scheduled for July 15 at the North Justice Center in Fullerton. 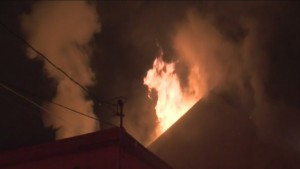