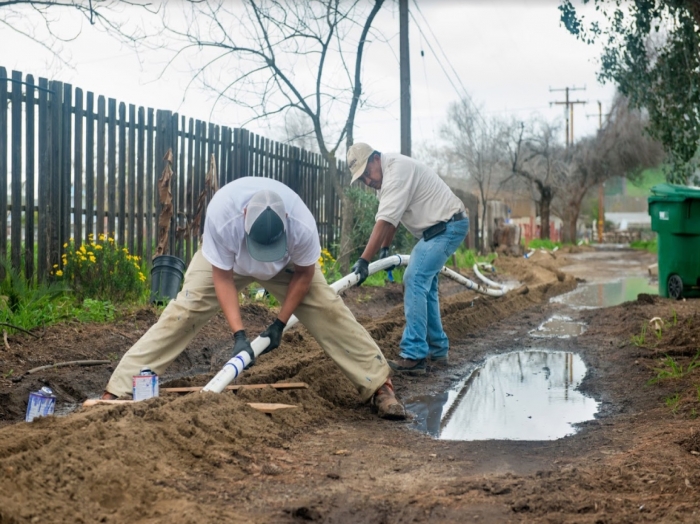 In 2012, California became the first state in the country to declare that “Every human being has the right to safe, clean, affordable and accessible water” when the state legislature inserted that statement into its state water code.

Now, a new UCLA study finds, the state may be making progress on turning that goal into a reality.

“From the start, the challenge was to meet the needs of some one million Californians who lacked access to clean, safe, reliable drinking water,” says Jon Christensen, the author of the study. “Their tap water was — and largely remains — contaminated by nitrates from agricultural pollution, perchlorate from industrial pollution and other toxics such as arsenic.

“Small, rural community water systems reliant on groundwater and lacking a connection to a water treatment plant are particularly at risk,” he adds.

As drought conditions ravaged the state, voters surpassed the required two-thirds majority threshold to approve a $7.1 billion water bond measure, which included special provisions to earmark funds for the most water-challenged communities.

The measure did not arrive without criticisms, such as that it was fiscally irresponsible and favored interests such as corporate farmers over communities that most needed help.

But in August of 2014, when the state legislature voted to include Prop. 1 on the Nov. 4 ballot, only two members of the state Assembly opposed it, and it was unanimously approved by the state Senate.

A new study by the UCLA Institute of the Environment and Sustainability on Prop. 1 concludes the state “is meeting or exceeding the explicit goals for funding improvements in disadvantaged communities.”

Forty-two percent of California families fit that description, and a third of the state’s population lives in communities where more than half of the households are in that lower economic bracket.

“When you prioritize equity, funding does go to the disadvantaged communities that most need it,” Christensen says. Many of these areas, he added, are in the Central Valley, particularly in the San Joaquin Valley.

By way of example, the study notes, 31% of the $2.5 billion allocated assigned to projects so far — $793 million – has gone to projects serving disadvantaged communities.

Where the mandate of prioritizing the most water-challenged communities was not included in the state’s spending choices, it is often unclear how much disadvantaged communities and households benefited, the study found. Of $395 million for flood management, for example, less than 1% was addressed to communities in need. Nor have they benefited from the allocation of $2.7 billion for water storage projects. But those projects do serve some 23 million Californians, including many disadvantaged households, and 750,000 acres of agriculture.

The report recommends better clarity in the future about whom any state project is intended to benefit. And it encourages more emphasis on “technical assistance” – training, guidance and hands-on help in preparing plans and grant applications.

Larger cities and communities can support staff specifically skilled in environmental planning, compiling grant proposals and the like, and thus can arrive sooner and better prepared when spending decisions are being made. By the time a less affluent community can make its needs and proposals heard, the money may already be spoken for, particularly if that funding lacks specific guidelines about who it is intended to help.

The state needs to be more cognizant of the fact that not all communities are the same in their ability to access state funding procedures, the report states.

By late 2018, the state’s Department of Water Resources had approved 515 technical assistance requests, including 415 for drinking water projects, but it had already spent most of its funding in that category. This shows the importance of ongoing funding so that those projects can be implemented in the future.

Polling shows strong support in California for future bond measures to support water supply and quality, along with wildfire protection and natural resources restoration. The UCLA study aims to inform future planning for such projects.

“Prop. 1 represents a watershed in funding for infrastructure and environmental projects in California,” Christensen said. “This commitment to funding projects in disadvantaged communities that have not historically gotten these investments needs to continue.

“Together with the Safe and Affordable Drinking Water Fund, approved by the state this summer, it represents a large step forward. But we will need ongoing funding to ensure that all Californians have access to clean, safe drinking water, along with the other environmental benefits that water provides.”

Residents of East Porterville (Tulare County), lived with severe drinking water problems for years until a connection to the city of Porterville was finally made in 2016 with $25 million in funding provided by the state’s Prop. 1, enacted in 2014. Photo by Florence Low, California Department of Water Resources. 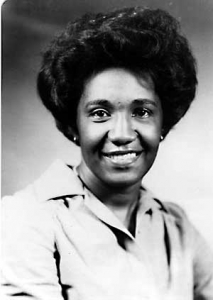