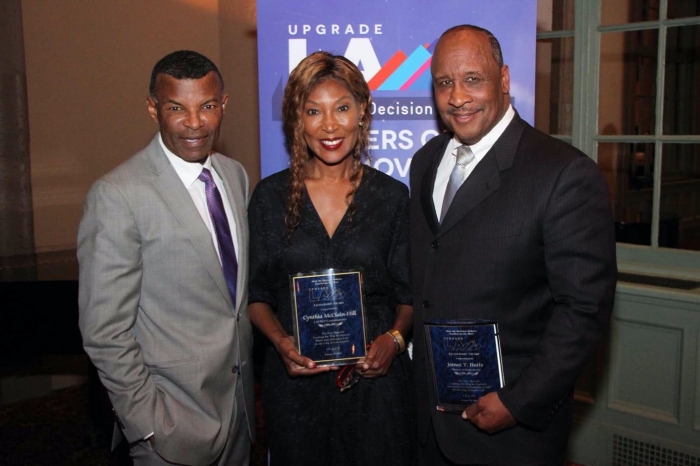 Meet the Decision Makers strives to connect small and minority business owners with real contracting opportunities in the public and private sectors. Upgrade LA was thrilled to announce that Skanska USA has spent over $275 Million dollars with minority and disadvantaged business owners over the past six years in the LA region.

With over 120 small business owners, faith leaders and community leaders in attendance, Meet the Decision Makers honored Commissioner McClain-Hill for her leadership and tenacity at DWP and Mayor Butts for his incredible economic accomplishments for the City of Inglewood. KJLH radio personality, Dominique DiPrima served as mistress of ceremony.

Commissioner McClain-Hill said she would strive to increase opportunities for small, women, and minority business owners at DWP. Mayor Butts emphasized that he was “grateful to be in a position to create job opportunities for other people like him in the great City of Inglewood.”