Among many good things which have come of the coronavirus, “Speaker of the House Nancy Pelosi is hugged and kissed by President Donald Trump at the 37th annual Friends of Ireland luncheon…Well, let’s count it all joy! Anyway, what’s going on now? What do I see? Almighty God took control of schedules, bypassed time and space and broadcast to the world! Watch this. He’s not finished. “My return is imminent.” Pay attention. He reminds us of biblical prophecy and clearly demonstrates to those who believe by showing forth another warning using “pestilences.” (Matt. 24:7) What are they? “Raging epidemic diseases (coronavirus–pandemic (worldwide); sweeping off multitudes of people at once. A pestilence is recorded as raging in Babylonia 40 a. d. before the destruction of Jerusalem.

(Barnes’ Notes) Martial Law: “military government, involving the suspension of ordinary law. During frightening events like the coronavirus, many people prefer to give up their rights and listen to the government. What can they do?. Martial law is the imposition of direct military control of normal civilian functions by a government, especially in response to a temporary emergency. It can be used by governments to enforce their rule over the public, Mar 12, 2020 · It is a law administered by the military rather than a civilian government. And may be declared (e.g.) in an emergency or response to a crisis. What would actually happen if martial law was declared in America? (ABC News) Well, the first thing that you need to know is that the U.S. Constitution would be “suspended.” In other words, you would suddenly have no rights at all. (Huuum) (imaginable, but not desirable) “A pandemic defined (Merriam-Webster’s on-line dictionary) “occurring over a wide geographic area and affecting an exceptionally high proportion of population.”

An outbreak of any disease such as typhoid or influenza (the “flu”). Martial law in the United States refers to several periods in United States history wherein a region or the United States as whole are placed under the control of a military body. On a federal level, only the president has the power to impose martial law. The Defense Production Act (recently enacted) or DPA gives the president the power to direct civilian businesses to help meet orders for products necessary for the national defense. The law is intended to help with the allocation of resources, products and facilities and essentially makes available several authorities to the president. The executive branch, under this law, can essentially dictate industry production and force companies to sign contracts telling them how to allocate materials. The president can also impose wage and price controls, settle labor disputes and control consumer and real estate credit, and other authorities given by the law. I want to define “virus” from the standpoint of “a sign.” It shows the world is in turbulence. Is see it as an apocalyptic term for : you know that word that no one likes to say publicly (SIN!) because it is running rampant worldwide. You see many refuse to listen…even until the end of this age, will not hear. The term “virus” is a “now, but yet to come judgment term for final eventuality.” (my definition) Our attention is drawn to a survival mode. It’s a sign to look forward to heavenly end. What must we do? I can offer only my irreversible recommendation for everyone who listens to have the peace that surpasses human understanding. That can only be found in Jesus Christ which carries great rewards: peace of mind, no fear, having all needs met and opportunities to explore and seek Him in His heavenly abode. Never give up! Keep asking, seeking and knocking. You’ll have indescribably great rewards. 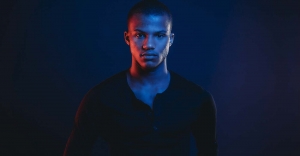 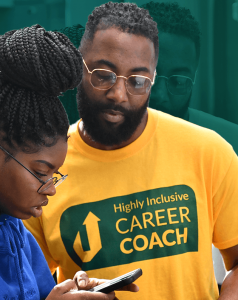 Each One Reach One