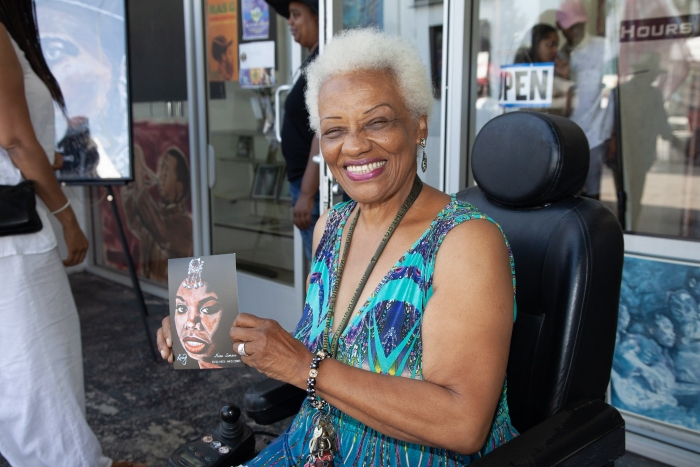 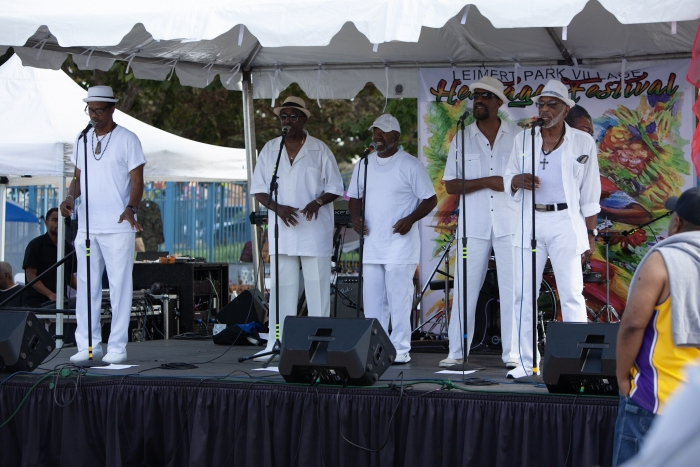 The festival is the realization of a vision from founder Sika Dwimfo to create an annual event that celebrates unity, family, diversity and the legacy of positive contributions that Leimert Park has made to the city of Los Angeles. Sponsored by International Eye, Los Angeles, the 2019 festival did not disappoint in fulfilling this shared founding vision.

Artists, artisans, exhibitors and vendors offered unique and exquisite one of a kind items from around the world, as well as locally sourced merchandise, food and services. A diverse audience was in attendance at the festival’s opening event, which launched Leimert Park’s Great Streets grant project, Radical Imaginings and California Art Council grant funded project, Leimert Park Festival and Concert Series. In attendance were representatives the Great Streets Project from Mayor Garcetti’s office and Sylvia Lacy representing Council Present Herb Wesson’s Office. Both Great Streets and Leimert Park Festival and Concert Series are part of the larger renaissance happening in Leimert Park. 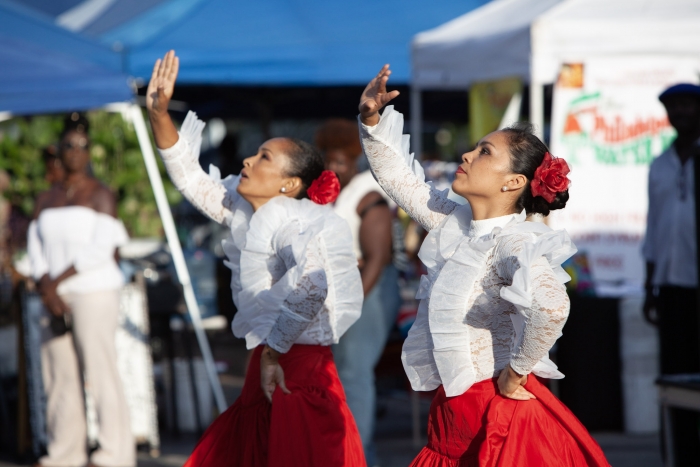 Part of the new vision for Leimert Park, the 2019 LPV Heritage Festival was truly an international affair. On Sunday, the Community Build Garden hosted an exclusive listening party for the legendary group Mandrill. Founded by four Wilson brothers from Panama, Mandrill pioneered an eclectic mix of latin, Caribbean and funk sounds in the 1970’s, a sound that later became labeled as ‘world music.’ Dr. Ric Wilson and other artists affiliated with Mandrill were in attendance, including D.J. Johnny ‘Juice’ Rosado, who flew in from New York to mix music during the event which was live-streamed.

For three days, two stages entertained and edutained the village. The main stage pulsated with the dynamic all-female group Adaawe, Chacombo Afro Peruvian Drum and Dance brought a hip-rocking Afro Latino sound, while Ladee Dred and Earthquake Reggae Orkestra’s authentic Reggae rhythms brought the audience to its feet. The crowd loved Street Corner Renaissance and hung on every note from the sultry sax and smokey vocals of Jazz Zone.

Closing day of the festival saw two legends grace the Main stage. Vocalist supreme, Barbara Morrison entranced the audience with her sensual Blues and Jazz renditions, while Hall of Famer Greg Wright closed out the festival, keeping the audience rocking in front of the stage until well after the official 8 p.m. closing. 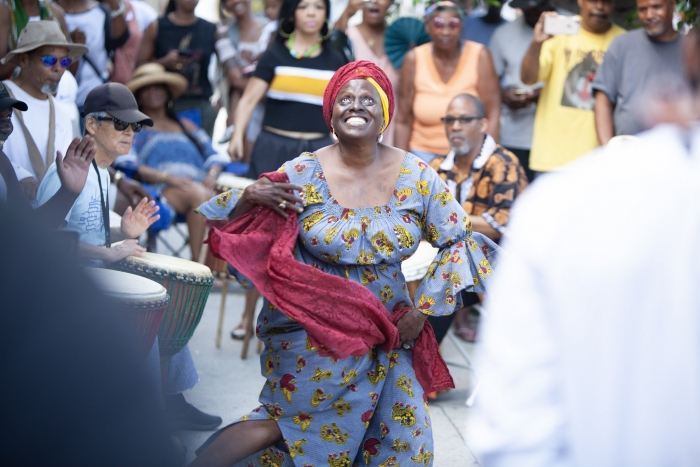 On stage two, Reverend Baba E. presented edutainment throughout Saturday and Sunday, with speakers addressing many of the issues facing disadvantaged communities all over L.A. Topics such as healthcare, gentrification, social justice, the environment and youth empowerment were presented to an appreciative audience. On Monday, stage two was dedicated to the next generation of Leimert Park leaders, artists and entertainers. Organized by the group #WeLoveLeimert and lead by Kaya Dantzler, youth performers included the dynamic voice of Kimberly Foushee, the experiential instrumentation of Jess, the dynamic sounds Maestro The Vocalinist, Sev Shaw and the Color Collective.

All said, artistic director, Marie Kellier as promised, put the Leimert Park Village Heritage Festival on track to be a major player on the global festival scene over the coming years. 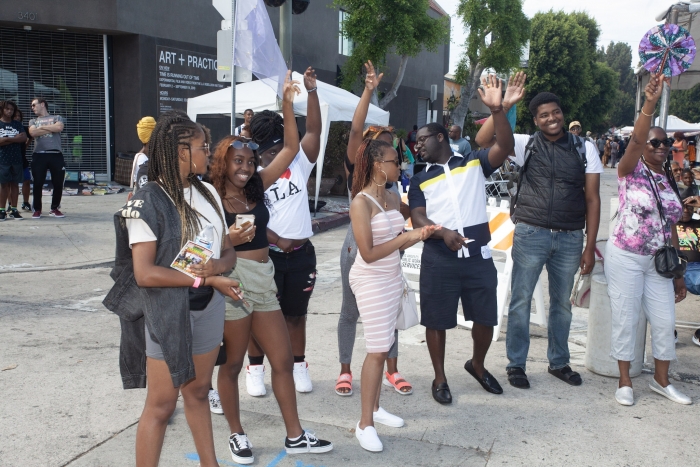 Leimert Park Village Heritage Festival, an authentic expression of the voices and visions of the Leimert Park community will be staged Saturday, Sunday and Monday over Labor Day weekend in 2020.