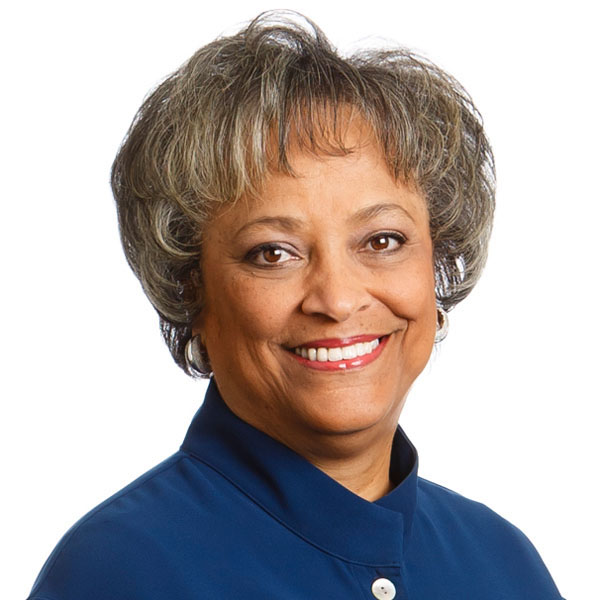 Kay Coles James, the newest president of the conservative Heritage Foundation and the first African American woman to lead the organization, said that she plans to set an example for engaging with people of different political stripes to have a positive impact in the Black community and America.

“I’ve seen the rhetoric heighten [since President Donald Trump took office] on all sides,” said James, 68. “And, when you’re a conservative, Black Republican, you know what the rhetoric is like on the ‘Left’ and, trust me, it’s not good.”

James added that we all have to bear responsibility to get beyond partisan differences and political debate that devolve into name-calling and character assassination.

“If I can turn that just a little bit, I would declare a success,” James said.

James who describes herself as a “happy warrior,” said big challenges come with the job, but as the first African American woman to lead the more than 40 year-old organization, James is proud to celebrate Black achievement.

“It’s a fine line of acknowledging and taking a minute to stop and celebrate, not only what this means for me, but also for our community,” said James. “When African Americans are being recognized as leaders, no matter where they are on the political spectrum, I’m glad to see it from the both the ‘Left’ and the ‘Right.’”

James recalled Obama’s first election when James said she and others set aside politics and policy to celebrate what that meant for America.

James said that she celebrated the accomplishments of Barack Obama and admired his Senior Advisor, Valerie Jarrett, and that she’s been encouraged to see that people are also celebrating what it means for her to be an African American woman leading the premiere, conservative public policy think tank.

James added, “It’s something we can celebrate, but at the same time we also have to say all of these individuals [Obama, Jarrett and James, herself], were there, because of our skills, abilities, knowledge and competence.”

James said that she believes that Americans are tired of the “toxic environment that exists in Washington right now, where we hate people who disagree with us.”

James continued: “I’m not saying that we will sit down at the table and all agree—we will not—but if we as Americans can’t demonstrate to the rest of the world what it looks like in a pluralistic society, to reach a consensus and move forward, then what can we say to the Sunnis and Shias?”

The Heritage Foundation president said that Americans have to demonstrate what it looks like for thoughtful people to solve problems.

According to her official biography on the Heritage Foundation’s website, James began her career in public service as a member of the National Commission on Children under President Ronald Reagan and later served as associate director of the White House Office of National Drug Control Policy and as assistant secretary for public affairs at the U.S. Department of Health and Human Services under President George H.W. Bush. In 2001, James returned to the federal government to serve as President George W. Bush’s director of the Office of Personnel Management.

James is a graduate of Hampton University, the recipient of numerous honorary degrees, the author of three books, and the founder and president of The Gloucester Institute, an organization that trains and nurtures leaders in the African American community.

“My motivation comes from my five grandchildren,” James said. “Someone once told me about QTR—Quality Time Remaining—and I think about the QTR I have and I want to do something meaningful.”

James continued: “For me, being the President of the Heritage Foundation is the best way to use my QTR and when I look into the eyes of my grandchildren and think about the world today, my pledge to them is that I will do whatever I can to turn things around.”

James said that the reports that the Heritage Foundation must remain on the same page with the White House are untrue; the organization holds everyone’s feet to the fire, no exceptions, she said.

James added that she wants to see more people in politics that are willing to engage with others that they might not agree with on every issue.

“We can fight it out, we can debate, but the end goal is the same,” said James. “You may think your route to get there is best and I may think of another route, but let’s not question each other’s character or ethnicity.”

James continued: “Let’s just get in there and solve some problems, because the problems are so bad, we have to put that other stuff aside and solve them.”

Dr. Benjamin F. Chavis, Jr., the president and CEO of the National Newspaper Publishers Association (NNPA), congratulated James for her historic achievement and said that he looks forward to nurturing a mutually, beneficial relationship with the Heritage Foundation under her leadership.

“The NNPA is hopeful that Black Republican leaders like [James] will now open the door to ensure that the Black Press in America will be supported by the substantial advertising dollars that conservative entities will spend in 2018,” said Chavis. “The awakened, national Black vote should not be taken for granted by liberals or conservatives.”