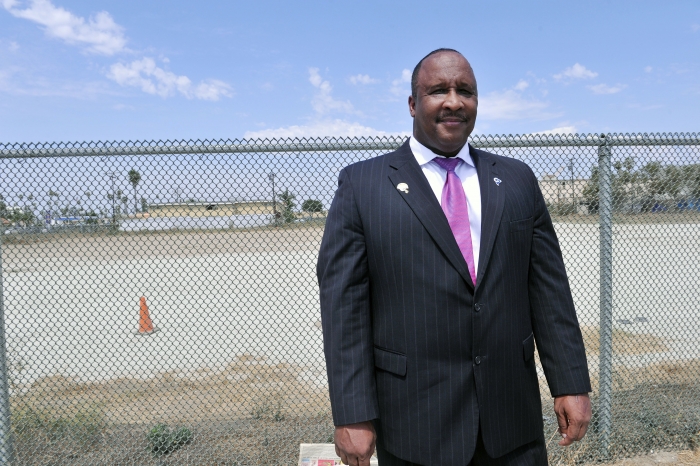 Mayor James Butts mentioned how the project is bound to generate revenue for the state, create jobs, and build up the school system Inglewood

On Tuesday the Inglewood City Council voted unanimously to approve the sale of publicly-owned property to the developers of the Los Angeles Clippers’ new arena.

Murphy’s Bowl LLC is the company that will develop the Inglewood Basketball and Entertainment Center (IBEC). Murphy’s Bowl can purchase the property for the total price of $66.25 million. The price will be shared among several local entities, including Los Angeles World Airports (LAWA), the Inglewood Unified School District, and the City of Inglewood.

Having the new stadium will have a positive impact on the economy in Inglewood, according to Mayor James Butts. “It’s going to occupy close to 30 acres of land that has lain fallow, some parcels, for an excess of 30 years, generated no tax revenue for the city, the county, or the state,” he said. “[The arena] will generate revenues for the state they can build to our school system.”

Along with generating the economy, the IBEC project will create jobs. The goal is to give 35 percent of arena operation jobs and 30 percent of the construction jobs to job seekers in the Inglewood area. This effort is like their local hiring procedure for Sofi stadium.

“During the duration of the construction period, altogether, over 2888 Inglewood residents have been employed,” Butts said about the Sofi stadium project. “But more importantly, have been taught trades and skills that will now allow them to transition to other projects; some will go to the Clippers arena.”
Projects like Sofi Stadium and the Inglewood Basketball and Entertainment Center do more than give jobs and boost revenue, but become infused with the fabric of Inglewood, making them a source of pride. Like the Sofi project, IBEC could give the gift of financial independence to those who need it most.

“Over 100 convicted felons, men and women, that never thought they’d have a job of any substance have made somewhere between $60 and $90 an hour of prevailing wages with the electrical trades and the ironworkers,” Butts said about the Sofi project. “Now they now too have the skills to be in charge of their own lives.”

IBEC is expected to break ground during the summer in 2021 and will open in time for the 2024-25 season.

“Today is a new chapter for the Inglewood Basketball and Entertainment Center as we move from the land use entitlement process and look toward construction,” said Clippers President of Business Operations Gillian Zucker. “Every part of IBEC is being designed with purpose, with an unapologetic intensity that will define the experience together for players, musical talent, and fans alike.” 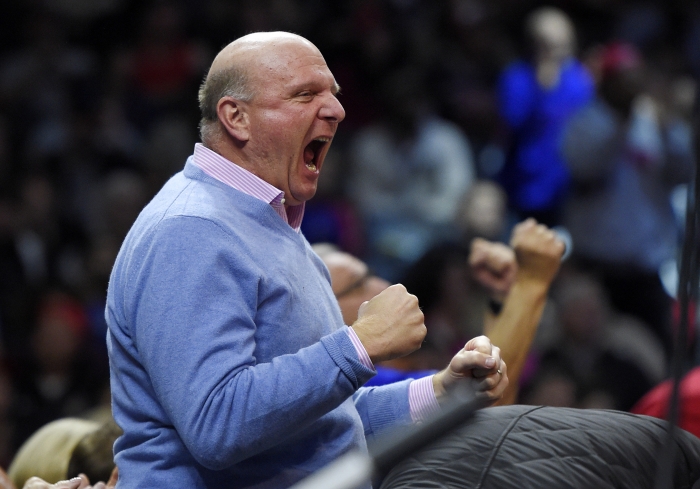 Los Angeles Clippers owner Steve Ballmer celebrates after the team scored during the second half of an NBA basketball game against the Chicago Bulls, Sunday, Jan. 31, 2016, in Los Angeles. The Clippers won 120-93. (AP Photo/Mark J. Terrill)

The Entertainment Center aims to focus on community, home-court advantage, and fan comfort; it will flaunt an indoor-outdoor atmosphere. Along with an arena, there will be a team practice facility and corporate offices on the premises.

“This arena will prove, beyond a shadow of a doubt, that there is no replacement for live basketball and entertainment,” Zucker said. The Clippers announced their partnership with CAA Sports in August. The partnership will bring the naming rights to the arena.

The revenue generated from the arena will help fund libraries, fire stations and police stations. IBEC is projected to produce an estimated $260 million annually; in its first 15 years, it will make around $100 million in tax revenue.

The arena will be constructed across the street from Sofi Stadium. Clippers owner, Steve Ballmer bought The Forum from Madison Square Garden for $400 million earlier this year, allowing them to build the arena. Ballmer had been in a lengthy fight with Madison Square Garden to build the arena. MSG sued the Clippers for their plans in fear of competing for concerts and events.