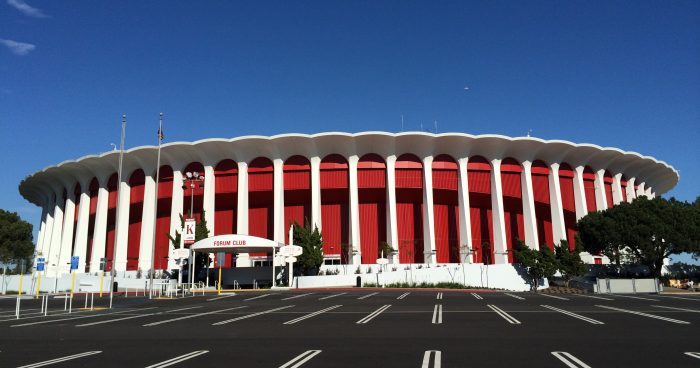 The Inglewood Forum was once home to the Show-time Lakers of the ’80’s but current owners feel slighted by the City of Inglewood’s plans to build a new basketball stadium for the LA Clippers. (courtesy of Wikipedia)

The Inglewood Forum has been the home to the city of Inglewood’s most prominent and historical events, acting as a multi-purpose venue by bringing members of the community together through concerts, church services, sporting events and much more.

However, the Forum owners have filed a claim for damages against the city for “quietly” entering a deal to build a new arena down the street.

Last month, the Inglewood City Council announced the approval of a negotiating agreement with the Los Angeles Clippers that could lead to the construction of an arena for both the Clippers and the NFL’s Chargers and Rams. The deal would result in the ‘City of Champions’ moving forward without the “Fabulous Forum.”

“We, along with the hundreds of hardworking men and women who work to bring top-flight entertainment events to the Forum, are stunned that the city is moving forward with a plan that is in direct conflict with its existing and clear-cut written commitments to our venue,” Forum officials said in a statement.

During a filing last Wednesday, the Madison Square Garden Company (MSG) claimed Inglewood Mayor James Butts used a “bait-and-switch strategy” to persuade Forum executives into opening the way for the new stadium to be built on Century Blvd. across from the current NFL stadium that is now under construction and located down the street.

The Inglewood City Council approved the agreement with Clipper’s owner Steve Ballmer for an 18,000-to-20,000 seat arena on June 15. The deal was secured with a $1.5 million payment to the city.

“The mayor made it extremely clear that he needed that piece of land back for a kind of ‘Silicon Beach,’” said Marvin Putnam, a partner with the law firm Latham & Watkins, which filed the damage claim that serves as a precursor to a lawsuit. “They’re attempting to flat-out trick people.”

In a recent statement, Mayor Butts spoke on the Forum filing a claim for damages.

“The city of Inglewood cherishes its relationship with the Madison Square Garden Company and Live Nation,” he said. “Working together, we have seen the Forum become one of the top concert venues in the country. We disagree on the city’s right to self-determination and the scope of that right.  The Inglewood City Council’s first responsibility is to its residents and their quality of life while ensuring continued progress, opportunities for employment, and improved public safety.

In the end, I believe that we will be able to come together and find an amicable resolution. In the meantime, life goes on unabated for both the Forum and the city of Inglewood.”

On Friday, July 21, the city called a meeting and announced plans to redo its approval of the deal. However, Putnam has stated the law firm will continue moving forward with a lawsuit if the city does not cancel the agreement. 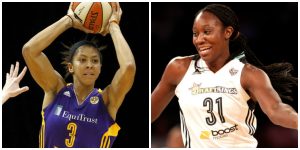