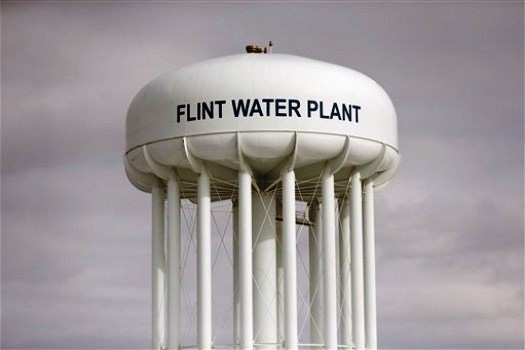 The country’s top environmental regulator has warned of “systemic” problems that threaten the long-term ability to provide safe drinking water in Flint after the city’s lead contamination crisis subsides.

In a letter last Thursday, she also told Michigan Gov. Rick Snyder and Flint Mayor Karen Weaver that the water treatment plant is understaffed and lacks enough experienced employees. She questioned whether Flint administrators would be able to provide quality administrative support and noted the need for a “solid and realistic” financial plan in Flint, where residents pay some of the highest water bills in the U.S.

“The principal issues that must be addressed for long-term system reliability are systemic issues that go well beyond what is necessary to deal with the immediate crisis,” McCarthy wrote.

She said Federal, state and city officials have made strides to address the public health emergency by reducing lead levels and improving other key water-quality parameters. But she cited “significant challenges” in the long term that “will require the joint, sustained effort of both the city and the state.”

The city of nearly 100,000 people has been dealing with lead contamination since switching from Detroit’s water system, which draws from Lake Huron, to the Flint River in April 2014.

The short-term move was made to save money, but state regulators failed to require corrosion chemicals, which let toxic lead from old pipes leach into the supply. Flint has since returned to Detroit’s water system.

“The ultimate decision for a new water source and management of that source rests with the city,” Heaton said. “To support the city until it reaches that point, the state has provided the funding for the city to remain on Detroit’s water system through the end of 2016, as well as corrosion control specialists and lab testing personnel to ensure the safety of the water supply.”

Weaver said McCarthy’s letter backs up much of what she has been saying. Her administration is recruiting more water workers but needs funding – “money that must come from the state,” the mayor said, in the aftermath of state emergency managers’ past cost cutting.

“Our city needs a complete infrastructure update to address these issues now and in the long term,” Weaver said.

In January, the EPA issued an emergency order demanding that Michigan take a series of steps to make the water safe. Once Snyder signs budget legislation, Michigan will have allocated at least $240 million for the Flint water crisis. Calls for Congress to pass an aid package have stalled.