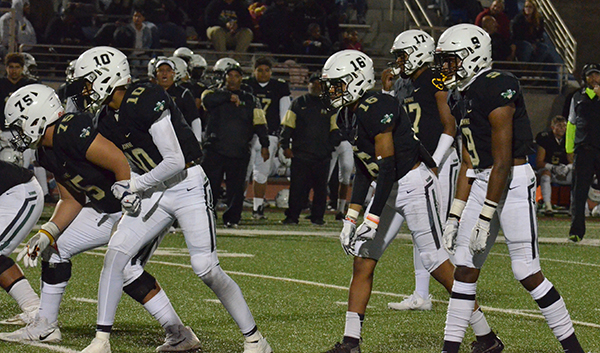 The Narbonne Gauchos has a 10-3 overall record and a 5-0 record in the Marine League (Amanda Scurlock/L.A. Sentinel)

The Gauchos momentum started early, with quarterback Jalen Chatman sending the ball to junior wide receiver Steve Jenkins, creating a 28-yard touchdown play. The Crenshaw defense would hold Narbonne to one score in the first quarter, but their offense suffered from penalties and incomplete passes.

“We’ve been practicing that play all practice, all week and I knew it was going to be open,” Jenkins said about their first touchdown. “My quarterback Jalen (Chatman), he threw me the ball perfect and I just ran.”

Senior running back Jermar Jefferson opened the second quarter with a 31-yard rushing touchdown for the Gauchos and picked up another score with a 14-yard carry in their next possession. Despite quarterback Isaiah Johnson connecting with senior wide receiver James Day for a five-yard pass, the Cougars had problems with gaining first downs. 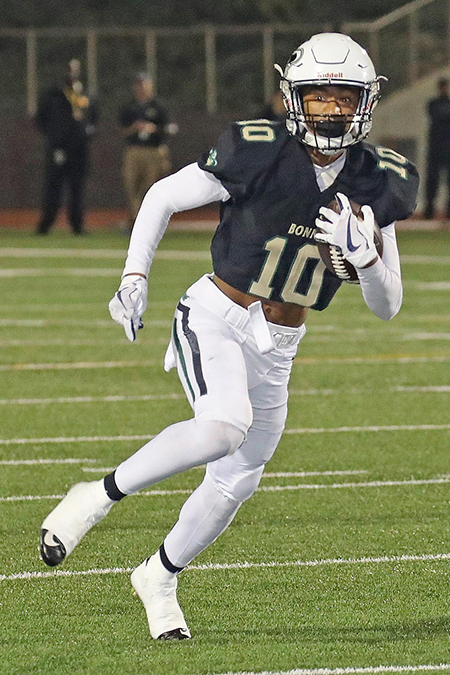 Jenkins ran away from the Gaucho 39, to create a 61-yard rushing touchdown. The Gauchos went in to halftime with a 35-7 lead.

“We just executed our game plan,” Chatman said. “I found [an] open guy and he got in the end zone.”

Johnson threw an interception, but the Cougars defense made up for the error. Senior defensive back Joseph Williams recovered a Narbonne fumble on a third and goal play. The offensive line returned to the field. After a few plays, Johnson and Patrick Jr. created a 33-yard passing play. Johnson then scrambled to the Narbonne 16, but penalties pushed the Cougars to the Gaucho’s 41-yard line.

Crenshaw could not maintain their offensive momentum and gave the ball back to Narbonne. The Gauchos started at their own 26 yard-line and were deep in Crenshaw territory after three plays. Chatman sent the ball to senior wide receiver Juwan Tucker for a 12-yard scoring play. 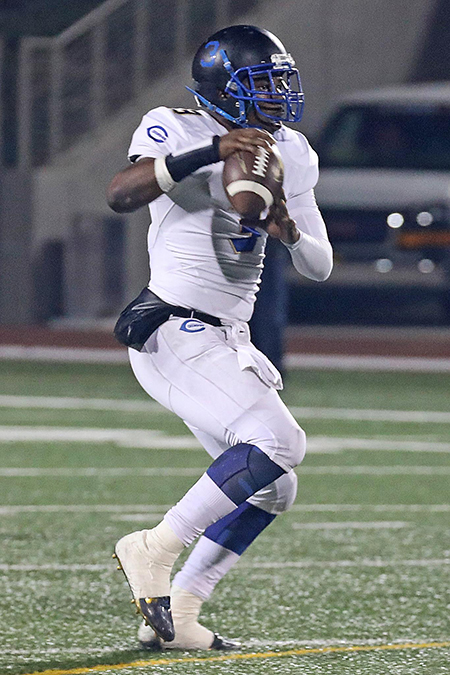 Neither teams were able to score in the fourth quarter and their fates were sealed. Both teams will continue competing on the regional level with Crenshaw battling El Camino on December 8, at 7:30 P.M..  in Oceanside for a shot at the Division 4-AA state title. Narbonne faces Paraclete on Saturday, December 9 to rally for the Division 1-A championship.