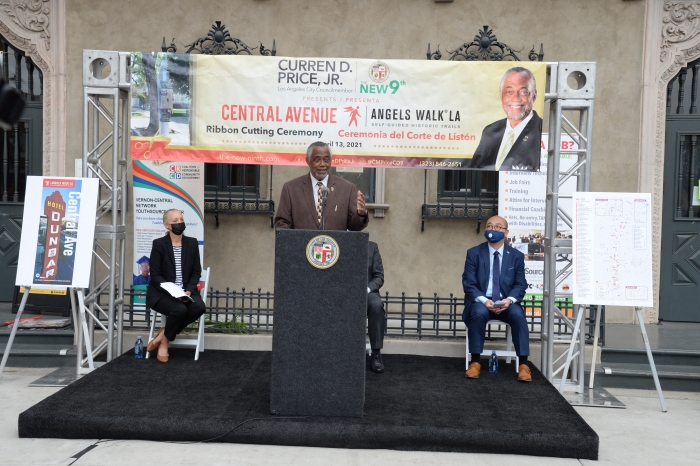 On April 13, City Councilmember Curren Price joined community leaders and partner organizations to cut the ribbon on Angels Walk Central Avenue, highlighting the people and places that helped to distinguish this South L.A. community as the cultural, social and commercial center of Black life in Los Angeles in the first half of the 20th Century.

Angels Walk Central Avenue serves as a creative learning tool to educate Angelenos about this vital artery that runs through the heart of South Los Angeles. The 1.6 mile, self-guided walking tour shines a light on influential people and historic landmarks in District 9 including three Paul R. Williams-designed buildings: Second Baptist Church, the 28th Street YMCA and Angelus Funeral Home. Other sites highlighted in the walk include the Dunbar Hotel, Lincoln Theater, Dolphins of Hollywood, 27th Street Bakery and more.

“Angels Walk Central Avenue tells the story of a major thoroughfare regarded as a thriving hub of African American art, culture and enterprise,” added Price. “For many decades, Central Avenue was the heart and soul of the Black community in Los Angeles. The corridor was home to a wide variety of Black-owned small businesses including shops, restaurants, financial institutions, insurance services and entertainment venues.

“It was a neighborhood that largely developed out of the trials that came from housing restrictions and other injustices, but nevertheless thrived culturally and economically.”

Central Avenue was also once widely known to be the epicenter of the west coast jazz music scene and is celebrated annually in District 9 with a community jazz festival organized by Councilmember Price.

During the ribbon cutting ceremony, Price was joined by representatives of Angels Walk LA, StreetsLA, LA Metro and the Coalition for Responsible Community Development (CRCD). 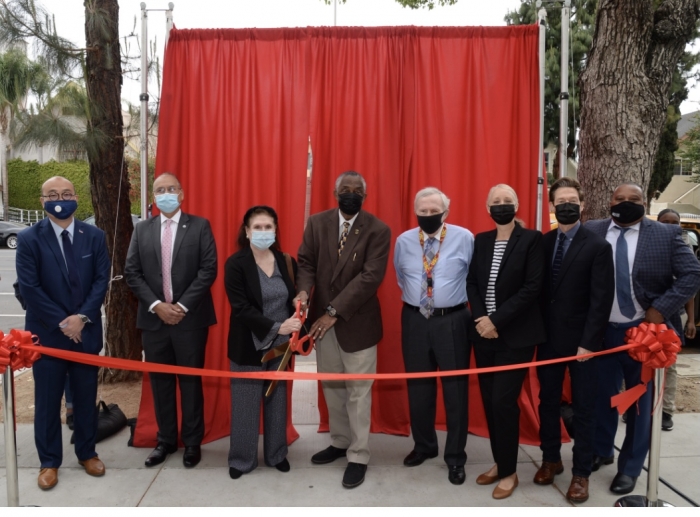 “Over the last two decades, we have partnered with Metro and StreetsLA to complete 13 self-guided historical walks in various neighborhoods throughout LA—and Angels Walk Central Avenue is our latest!,” said Tracey Lane, co-director of Angels Walk LA. “There are so many important, yet largely unknown, stories to tell about this neighborhood, and with the support of Councilmember Price, they are now accessible to everyone. Our hope is that this walk serves to honor and remember those who built this community, and inspire those who currently call Central Avenue home.”

The Los Angeles County Metropolitan Transportation Authority (Metro) provided most of the project’s funding through its 2011 Call for Projects grant program, which is committed to funding projects that improve mobility of Angelenos and promote active engagement with the surrounding community. Projects selected for funding highlight transportation linkages and spotlight walking as an important active transportation mode. 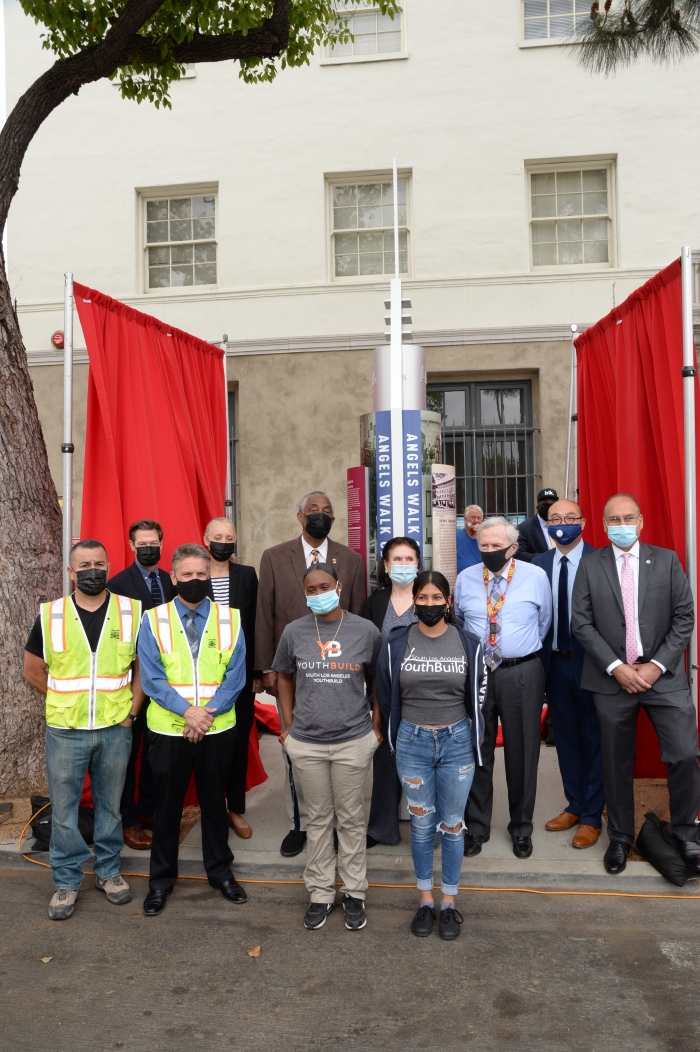 Added StreetsLA Executive Director and General Manager Adel Hagekhalil, “StreetsLA is proud to have partnered with the office of Councilmember Price along with City and community partners on this important project along Central Avenue as part of StreetsLA’s mission of enhancing the quality of life for all. The installation of the stanchions will enhance this historical area for residents and visitors to enjoy.”

Guidebooks are also available for neighbors at Councilmember Price’s District Office at 4301 S. Central Ave. or by calling (323) 846-2651.