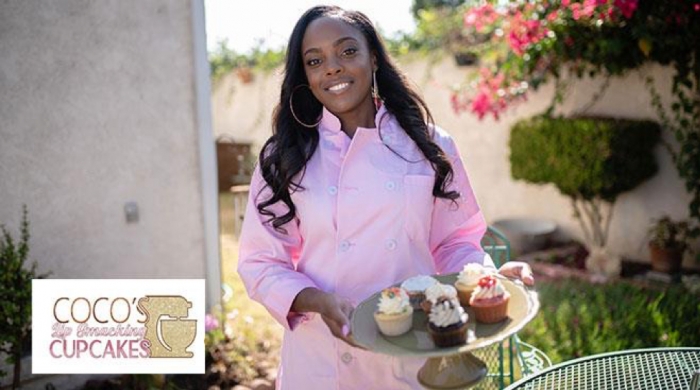 The #LevelUp campaign is a joint production of Radio Free 102.3FM KJLH in Los Angeles, Chicago’s WVON 1690AM and Philadelphia’s WURD 96.1FM to celebrate the enterprising nature of Black Women entrepreneurs. The campaign provided savvy entrepreneurs an opportunity to pitch their service or product to a group of industry professionals to win the top prize, a marketing campaign valued at over $10,000.

“This country was built, in no small part, by the sweat and innovation of black women,” said Karen Slade, KJLH Radio General Manager. “Today’s entrepreneurs are carrying on a long standing tradition and we want to honor that.

Greater Los Angeles African American Chamber of Commerce (GLAAACC) President Angela Gibson-Shaw, Center by Lendistry President, Constance Anderson and Billups Group President, Robbin Billups, served as #LevelUp judges. Each judge was selected based on their business acumen in specific areas, as well as, their decades of experience working with start-ups to build capacity and capability.

In Los Angeles, KJLH Radio received over forty entrepreneur applications and three were selected as finalists. Each finalist presented their best pitch to the judges and were scored in a variety of areas including business plans and future scalability. The winner was Nicole Green, owner of Coco’s Lip Smacking Cakes. Nicole, a self-taught baker who went from selling cupcakes on the corner of her family’s home to owning her own bakery, received the highest score and was declared the winner of 2021 KJLH #LevelUp campaign.

“My passion for baking has gone to lengths I had only imagined,” said Green. “Turning my creativity into a reality is the best feeling.”

As a part of the #LevelUp $10,000 marketing campaign, Green will talk about her business with winners from WURD in Philadelphia and WVON in Chicago for an interview on all three stations.

“It’s been a privilege to be a part of this interactive, multimedia contest spotlighting Black women-owned business. I congratulate Nicole and all of the finalists and winners in Philadelphia and Chicago,” said Slade. “As a black woman in business, it’s up to us to acknowledge and lift each other up.”