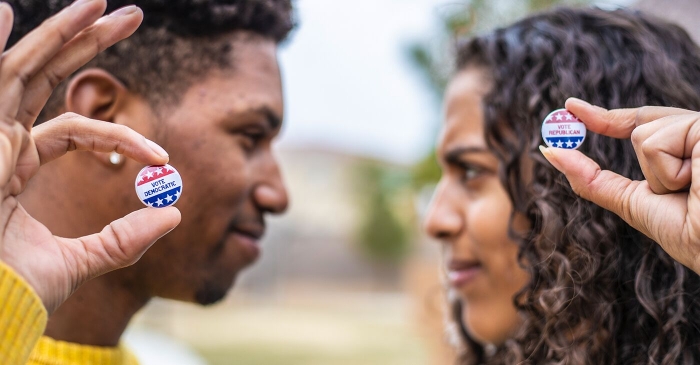 During the State of the Union, Trump featured several African Americans from the gallery with long words of praise and detailed introductions. The Republican party has always struggled with Black voters. But Trump’s political team believes that even a small percentage of that vote could mean victory.

Trump is increasingly highlighting his pitch to African Americans as Democrats struggle to decide amongst a crowded field. Political observers understand that Trump is unlikely to win more than ten percent of the Black vote. But it is also understood that any percentage higher than average could be the margin of victory in a close race.

Despite Trump’s efforts, polls indicate a huge problem with Black voters. A Washington Post-Ipsos poll last month of 1,088 Black adults found 83 percent of respondents said they believe Trump is a racist. The same percentage said they believe he has made racism a larger problem in America.

“Wake up, folks. The #IowaCaucus was a debacle, followed by a strong #SOTU speech laying out Trump’s strategy to win – which includes going for Black voters. This was a warning shot from the Trump campaign to liberals, and we need to take this very seriously in order to win,” wrote CNN commentator Van Jones on February 4, after Trump delivered the State of the Union.

“Hey Black America, you see this crap? Trump has himself on a card with Fredrick Douglass. He didn’t know who that was last year right? Democrats get your shit together. FAST. Trump ain’t playin’! If he gets 12% or more of black voters it’s over,” wrote attorney Sophia Nelson over a photo she posted on twitter of Donald Trump and Frederick Douglass proclaiming plans to “Make Black America Great Again.”

Because a few of the leading Democrats who may win the nomination to take on Trump are having difficulty courting Black voters, Trump’s efforts are not going unnoticed. Vermont Sen. Bernie Sanders and South Bend Mayor Pete Buttigeig are having issues with Black voters as well.