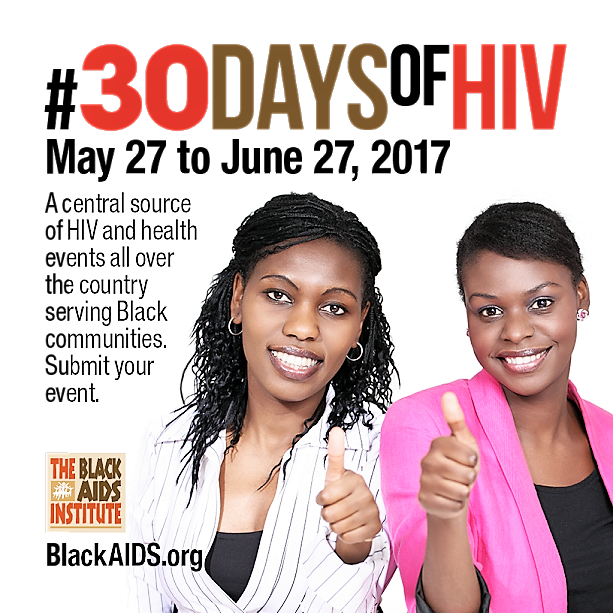 The Black AIDS Institute, the nation’s only think tank focused on the impact of HIV upon Black communities, has announced a national, digital-community campaign, “30 Days of HIV.” Launching on May 27, 2017, and ending on National HIV Testing Day (NHTD) on June 27, the campaign consists of three core elements: an online community calendar to promote HIV and health-related events serving Black communities, an Instagram storytelling series titled “In The Life” featuring images of the life experiences of Black, gay, bisexual, transgender, queer (GBTQ) and same-gender-loving (SGL) men, and daily actions to mobilize Black communities and those who serve them.

“Even though it is not in the news to the extent it was a few years ago, HIV/AIDS is an ongoing, and among some sectors, tragically growing crisis in Black communities,” says Phill Wilson, the Institute’s President and CEO. “Black gay and bisexual men in the United States have a 50 percent life time HIV-infection rate. Black women still represent 61 percent of the new HIV infections among women. Our house is still on fire and we don’t seem to notice. 30 Days of HIV is designed to shine a spotlight not just on the problem, but more importantly on who we are and what we can do, if we focus on this problem.”

The “30 Days of HIV” campaign will create awareness, fight stigma and create solutions to curb HIV among Black Americans, who bear the heaviest burden of the epidemic. According to the Centers for Disease Control (CDC), in 2015, Black Americans accounted for 45 percent of HIV diagnoses, though they comprise just 12 percent of the population. Young, Black gay men are at greatest risk and stand a 50 percent risk of acquiring HIV during their lifetime. 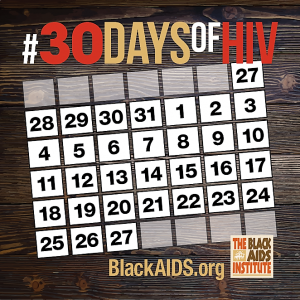 The online community calendar will feature HIV and health-related activities in Black communities during the 30 days leading into NHTD. Organizations that have planned health fairs, HIV-testing or other outreach activities during this timeframe are invited to submit the events to [email protected] for inclusion on the calendar.

Also beginning on May 27, as we turn the corner into June, when we mark Men’s Health and Gay Pride months, the Institute will highlight the contributions of Black GBTQ and same-gender-loving (SGL) men through the “In The Life” campaign. Each day, the Institute will publish on its Instagram feed photos and videos featuring the life experiences of Black GBTQ/SGL men, particularly visual narratives challenging stereotypes, portraying healthy lifestyle choices, and filling in the gaps in the visual imagery of the men’s lived experiences.

“It is an opportunity for everyone to see all the facets of what it is to be a Black and male in America,” says Gerald Garth, the Institute’s Manager of Prevention and Care. “While HIV care, prevention, and education are a major part of the Black gay experience, there is so much more. Many of us are artists, thinkers, fathers, husbands and have transitioned and evolved in many ways well beyond the scope of HIV.”

Black GBTQ/SGL men ages 21 or older who live in the United States are invited to submit two photos or videos less than 60 seconds long, along with a 100-word description of the images, whether a story, poem, narrative or rhyme, similar to Instagram photographer Ruddy Roye or Humans of New York. Images should reflect the everyday life and contributions of Black GBTQ/SGL men to society—from work life, to parenting, to healthy lifestyle choices, to taking HIV-fighting medications, to experiencing #BlackBoyJoy. “Many of us will tell stories of how HIV has impacted our lives, but I’m so excited that we will see the full spectrum of what it is to be a Black man in America,” says Garth. 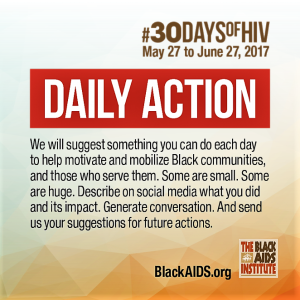 Photos, videos, descriptions and the contributor’s Instagram handle should be submitted to [email protected] Participants don’t have to be living with HIV, and those living with HIV/AIDS can decide whether they mention their HIV status. The Black AIDS Institute reserves the right to edit to make sure all language is appropriate for our audiences.

Finally, during the “30 Days of HIV,” the Institute will publish daily actions via social media to mobilize Black communities to take care of their health and fight HIV/AIDS. “From #SoulfulSunday, to #WellnessWednesday, to #ThrowbackThursday, when we will highlight those who have passed away, each weekday will provide a designated call to action that explores what it means to be a whole person and an advocate,” Garth says. “We’ll also encourage people to show what a relationship looks like—all types. The actions are a chance for us to stretch and redefine what it means to be an advocate.”

Our motto is: “Our People, Our Problem, Our Solution.” 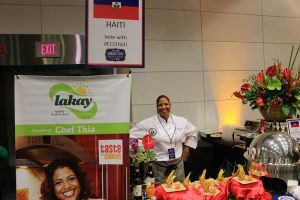 Success On “The Way”… Ask Dr. Jeanette: What Difference Does It Make?... 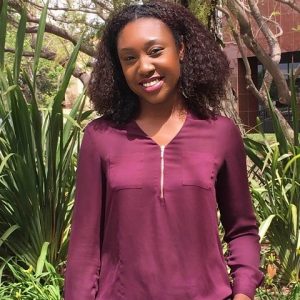 #BlackWellness, Healthy Living is A Choice
Learning Lessons from the Trump Presidency