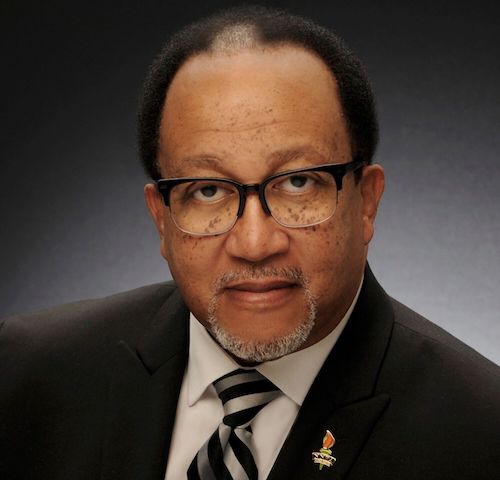 Dr. Benjamin F. Chavis, Jr., the president and CEO of the NNPA, says that the NNPA opposes the Trump tariffs on newsprint and demands an end to the disastrous trade policies that are hurting our businesses and communities. (NNPA)

Amid the rush to comprehend the ramifications of a full-scale international trade war initiated by the errant and backward tariff policies of the Trump Administration, there are results of the tariffs that need to be challenged by Black America. The financial sustainability of the Black Press of America is now facing a catastrophic and a possible deadly impact, because of these new tariffs.

The current dispute over the rising costs of the paper product termed “newsprint,” because of tariffs on Canadian newsprint threatens the future of member publishers of the National Newspaper Publishers Association (NNPA) and could further isolate and disenfranchise African American businesses and communities in cities and towns across the United States.

Import duties the U.S. Commerce Department is now applying to Canadian-made newsprint is already increasing costs enough to prompt layoffs and scaled-back news coverage by some of the nation’s major dailies and weekly publications. If these tariffs remain in place, scores of newspapers with smaller circulations, notably those that serve African American communities, could be forced to cease publishing a print edition or close altogether.

During the past 191 years, the Black Press has survived, endured and overcome past firebombing and improvised explosive attacks, as well as other deadly manifestations of racial violence. The newsprint tariffs appear to have been put in place by the Trump Administration after being encouraged by the interests of a single paper mill in Washington State called NORPAC.

NORPAC argues that Canadian government policies give Canadian paper producers an unfair advantage in the U.S. market. NORPAC says the added duties, or tariffs, at the border are protecting it. NORPAC can fight for its self-interest but the U.S. government has an obligation to consider the impact the tariffs are having on the nation as a whole, and in particular the impact on African American owned newspapers and businesses.

We forthrightly oppose the Trump tariffs on newsprint and demand an end to the disastrous trade policies that are hurting our businesses and communities.

Given that newsprint and labor account for most of the cost of running a newspaper, it is easy to see how jacking up the price of newsprint by more than 30 percent could spell the difference between these publications eking out a modest profit or going out of business. Around 2,000 newspapers have closed or morphed into something else in the last 15 years.

The NNPA is proud that its 215 member-publications are moving forward even in the face of these new contrived dangers and obstacles in the marketplace. Our newspapers enliven and inform the debate within African American and other communities that we serve and help to empower with news, information, and the reaffirmation of the vitality of Black cultural genius and excellence in all fields of endeavor. 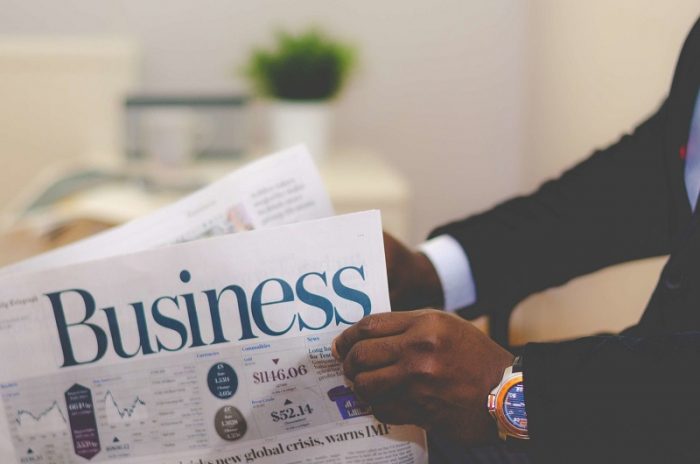 Our printed editions are especially important in communities where people are less likely to be able to afford or take full advantage of broadband Internet access. However useful today’s technological innovations are in sharing information, for many people, there is no substitute or affordable alternative to the local weekly newspaper of, by, and for the African-American community. Our newspapers are the lifeblood for our communities.

The tariffs threaten more than local newspapers. Newsprint is used for promotional materials by retailers and civic groups. It is used by book publishers and printers. Often these are small businesses serving local communities. If newsprint goes up in price, printers will get fewer contracts and have fewer customers. Ironically, the tariffs NORPAC wants in place will actually threaten paper producers and a range of related business. A coalition of these businesses, the STOPP Alliance, estimates some 650,000 jobs could be at risk—all to help one company that has no allies or supporters within the U.S. paper industry.

The U.S. International Trade Commission (ITC) is reviewing the facts in this case and is expected to announce its recommendations on what to do with the tariffs later the summer. In the meantime, members of Congress from both parties have introduced legislation to suspend the tariffs immediately.

The STOPP Alliance has also created an online petition to urge the ITC to end the tariffs. Consider adding your voice to this effort by clicking on this link. After all, the threat the duties on newsprint pose to daily and weekly print publications serving communities in urban and rural areas is especially acute.

If there was ever a time when the country needed a range of authentic and “trusted” outlets to share news and perspectives, it is today.

In today’s world, the newspapers that serve African American communities will continue to play a crucial role. Errant trade policies and duties championed by a single company must not be allowed to diminish the meaningful role of the Black Press of America.

Dr. Benjamin F. Chavis, Jr. is the President and CEO of the National Newspaper Publishers Association (NNPA) based in Washington, D.C. Dr. Chavis can be contacted at dr.bchavis@nnpa.org. Follow Dr. Chavis on Twitter @DrBenChavis. 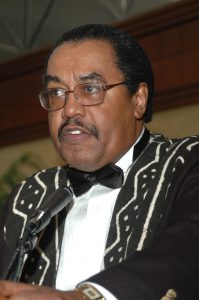