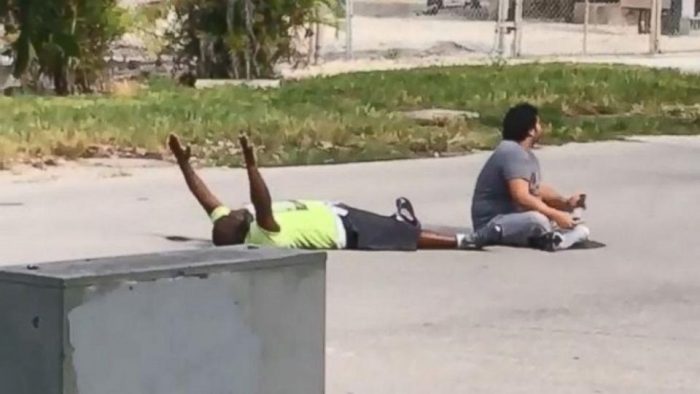 An unarmed Black behavioral therapist was shot by North Miami Police early Wednesday afternoon while lying on the ground with his hands up. The therapist, Charles Kinsey, was trying to help his autistic patient who had run away from a group home.

Kinsey, 47, was caught on camera being shot in the leg by police and is now recovering in the hospital. His 23-year-old patient, who was sitting on the ground cross-legged playing with a toy truck, as Kinsey went back and forth with the police begging them not to shoot.

Police had responded to a 9-1-1 call about an “armed man” (Probably the toy truck) threatening suicide. Kinsey told WVSN-TV that he asked the officer why he shot him and he replied, “I don’t know”. Causing insult to injury, after he was shot, police rolled him over and cuffed him.

The officer involved in the shooting has not yet been named and Chief Gary Eugene of the North Miami Police declined to release details.

Chief Gary Eugene of the North Miami Police declined to release details about the officer who shot Kinsey. 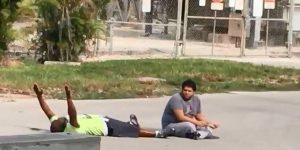 Black therapist says police shot him with his hands raised