The 49th Annual Watts Summer Festival is by no means small or an inconsequential event but a historical homecoming that represents culture, community, and political consciousness in Watts. The festival has been a stronghold in the community for 49 years and the 2015 committee pulled off the feat of fusing entertainment, food, social consciousness, and entrepreneurship, while providing fun for all ages. Mistress of Ceremonies, California Representative of the 43rd district, Maxine Waters, prepares to announce the next performer on the 49th annual Watts Summer Festival stage at Ted Watkins Park.

If you were fortunate to catch Charles Wright and the 103rd Street Rhythm Band performing, you might have confused Ted Watkins Park for the Greek Theatre. But it wouldn’t be the same elsewhere. This band and event is homegrown and a staple in a park and community that gives the Watts Summer festival so such magic. And there was lots of magic. Various organizations such as Cedars-Sinai Media Center’s, Coach for Kids and The Benjamin Banneker Association, took advantage of the festival by provide helpful information to families. Young dancers wait to perform their hip-hop number for fans and supporters.

Festival participants lined up to buy hotdogs, snow cones, and food trucks items, while watching the entertainment, supporting social commentary, dancing in their seats, and applauding this year’s performers. Artist, Kenneth L Carnes poses next to his painting, “Crack in the Foundation,” at the 49th annual Watts Summer Festival stage at Ted Watkins Park.

Mistress of Ceremonies, Maxine Waters, California Representative of the 43rd District, shared her thoughts. “Here we are commemorating the 49th anniversary of the Watts Summer Festival and living out the legend of Tommy Jaquette. We have seasoned and young people performing and the people are happy. We are dancing and loving each other. We are sending a message out from Watts; that we are good people, and we are wonderful people. We love our community and we are going to fight for it,” she said! The future generation of Watts, young people hang out and enjoy the festivities.

For more information of on the history of the Watts Summer Festival, visit www.wattstax.com The legendary Charles Wright (Front) and the 103rd Street Rhythm Band performs their classic, “Express Yourself,” to a standing room only audience at the 49th annual Watts Summer Festival stage at Ted Watkins Park.

All Photos by Mesiyah E. McGinnis 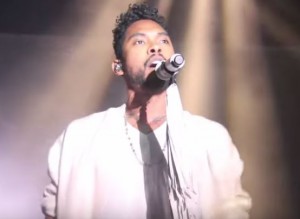 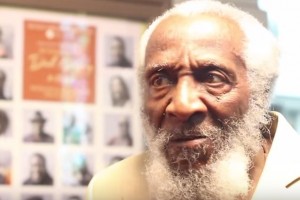