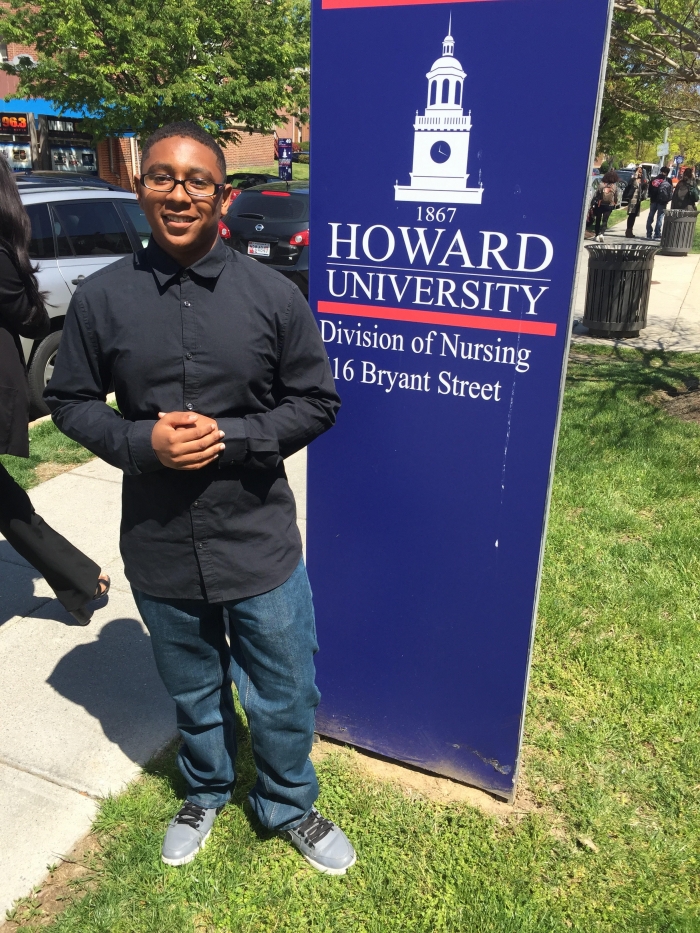 Travis was described as having a good head on his shoulders, characterized as a “good kid.” He was introduced to a bigger world of possibilities on a Washington trip he took with his Brother. courtesy of Thomas Warren, Jr.

Five brothers and sisters face a new reality of living without their youngest sibling, 21-year-old, Travis Bradell Warren, was shot and killed during an altercation overwhelmed by road rage in the City of San Bernardino, California. Older brother, Thomas Warren, Jr., reflected on the incident.   It led him to one simple question; in the course of any misunderstanding between two people, at what point does anyone deserve to die?

Travis was born June 19, 1999, approximately 20-year age gap between him and his older siblings. He was reared to have a high regard and honor for everyone; Travis was described as having a good head on his shoulders and characterized as a “good kid.” His siblings planted thoughts of a bigger world and that he could be a part of it. But his life was taken just when the seeds of encouragement just started to take bloom. 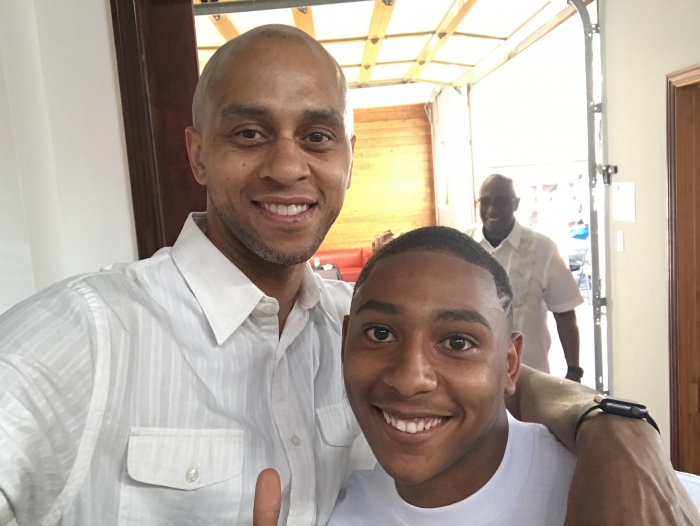 Travis left an internal mark on many hearts; that speaks to his ingenious nature to connect. Some people have the “it factors.”  Travis held a bright aura that paired with the spark of life through his eyes. He would find a way to leave a long-lasting impression, hold stimulating conversation, and enchant people with his big smile.

There was a distinct memory Thomas recounted; it was the time his coworkers met Travis in a social setting. There was an initial concern surrounding the possible discomfort found in the age gap; Thomas imagined his little brother would find a wall to blend into while being socially distant from the seasoned crowd he was going to be around.

As the evening played out, Thomas watched his younger brother work the room, holding conversations with people that had twice as much life experience. He witnessed his brother’s natural gifts of connection at work; his younger sibling held advanced observation and listening skills for his age. One of Thomas’ colleagues was so impressed by Travis, she raved about him, highlighting the “mind on this kid.”

Travis grew up in the Inland Empire and in various parts of Southern California. He attended A.B. Miller High School in Fontana and was just admitted to Chaffey College in Rancho Cucamonga. Travis explored many different pathways to success, ranging from practicing law to learning about architecture.

Anyone who knew him would confirm that Travis had the capabilities to do anything he set his mind to; it was just a matter of time. He had a girlfriend who played a critical role in motivating him to pursue higher career development as well; she was the strong young woman that stood next to a great and rising, young man.

His family consists of three sisters, Tanya Keffer, Alex Hernandez, Tamara Warren, and two brothers, Thomas Warren, Jr., and Isaiah Williams. Primarily raised by his father, Thomas Warren, Sr., Travis picked up his dad’s strong will while still holding a high-level of respect towards others. Travis would always refer to Thomas as “Big Bro,” to honor the relationship and bond they shared. He looked up to his older siblings, enjoying their connection throughout his life. 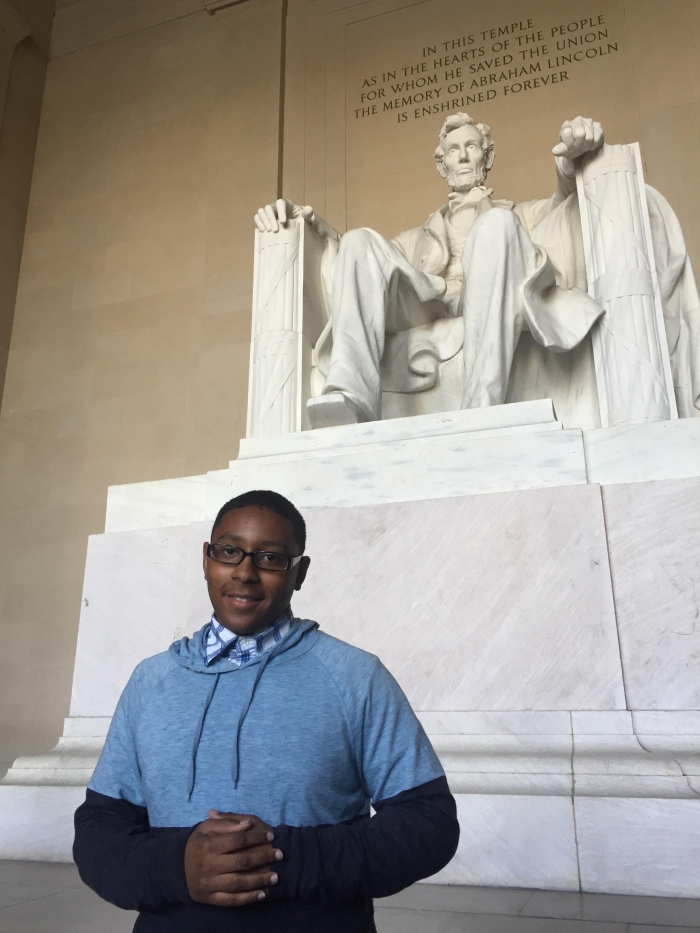 Travis explored many different pathways to success, from law to architecture, anyone who knew him would confirm, he had the capabilities to do anything he set his mind to, it was just a matter of time. courtesy of Thomas Warren, Jr.

Friday, Jan. 22, at 2:30 a.m., Thomas got the call; his sister shared the heart sinking news that Travis had been killed. Thomas said, “It was one of those calls—I answered because it was unusual …” He recalled her saying, “Are you up? You need to get up.”

The incident is still under investigation, currently there is confirmed evidence depicting an altercation between Travis and another driver. The situation escalated after Travis got out of the car, leaving his girlfriend in the passenger seat. The other driver pulled out a gun and fired at Travis, and the 21-year-old was seen running away and collapsing in a nearby parking lot. He was taken to the hospital, but while he was there, he passed away due to the severity of his wounds.

Thomas shared a deep sadness and a heaviness chained to knowing that the person who took his brother’s life is still out there, bringing the family additional layers of uneasiness. Thomas stated, “That’s the big thing that is still weighing over the family–it’s not knowing what the ending of it is going to be.” Thomas spoke of the perplexing mystery surrounding the incident, is spewing out different versions of what took place the night Travis was shot.

Thomas went on to explain the initial shock of the news and the significant question of how does it get to a level of fatality? The family’s hope is that the perpetrator is brought to justice and pays the price for what he did, as they experience this somber moment.

Someone irreplaceable was taken from Thomas and his family, in a flash of rage. While going through an inexplainable time, Thomas shared a piece of wisdom to carry whenever anyone is at odds, Thomas said, “Regardless of what you think of that person, the situation, or the supposed crime that they committed, did that person deserve to die for it?”

So many different questions need to be answered, but the main one is, was this misunderstanding worth taking someone’s life? Travis’s spark was snubbed out due to irrational behavior, but his story brings a sense of humility that everyone, on and off the road, should carry nothing within a few minutes of anger; it’s worth not taking away someone’s future.

Law enforcement is still looking for the perpetrator who took away the family’s youngest spark.  The family started a Go Fund Me page to cover Travis’ funeral expenses, and in less than 24 hours, the goal was surpassed.

Overwhelmed by the compassion shown by those who contributed, Thomas stated, “I don’t know what it was, I don’t know if it was people hearing the story—moving them to want to give; I don’t know if it was knowing that Travis was only 21-years-old. To me, what is natural, hearing someone die that young and that way, and seeing their life taken so young, I think that may have moved people.”

The goal was set at $12,000 dollars, but they reached $17,000 in total. On behalf of the family, Thomas stated, “I know the family is extremely grateful and thankful to all the people who felt the urge to want to donate Travis’ services, in a way that honors his life.”