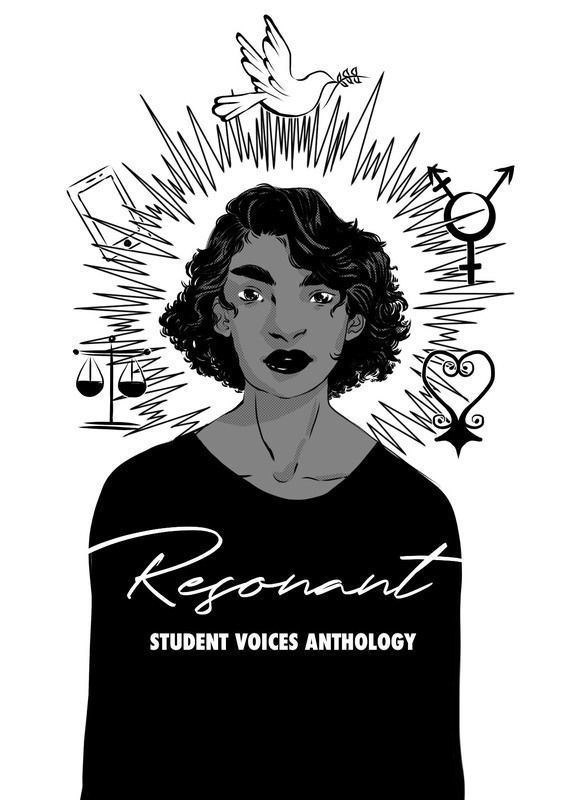 Education Ensemble launches its inaugural production written, performed, and produced by youth artists from South Los Angeles. These young people are able to do so thanks to a scholarship from the Hollywood Fringe Festival and several donors. “Resonant: Student Voices Anthology” is a series of 10-minute plays on issues youth are most concerned about. Nearly five-years in the making, it covers a variety of topics including, police brutality, self-harm, bullying, LGBTQ+ visibility, trauma, poverty, and voice. Each part of the collective is a winner of the Young Writers Project of Hollywood and as a whole conveys the fears, love, and passions of Generation Z.

When asked what theatre means to them, a student artist responded, “Theatre is extremely important to me because it has given me a place to be myself in an environment where I can’t… The environment that we are in…isn’t good for students who need a place to be themselves.”

When asked what participating in Fringe Festival meant to them, one student said: “It’s important that we participate in this festival because I want people to understand the importance of art in our community and I want people to understand that they can express themselves.” While another affirmed the weight of struggling in an underfunded and nearly forgotten program stating, “We need to be able to experience what…putting on a show is actually like…This show would give us that learning experience that we’re not used to having. We would be in an actual theatre with an actual light and sound booth and my goal is to learn as much as I can from this.”

“Resonant: Student Voices Anthology” is a direct response to coming of age in an underserved performing arts program. With the help of their teacher and support of company members at Theatre of NOTE, they have managed to pull together an anthology of works that explore issues most relevant to them. It’s an exploration of race, gender, and identity from their perspectives. Furthermore, it is a manifestation of their hopes and wishes for the world and it’s time we all listened.