Did you receive your Mother’s Day call or visit last week? Mother’s Day got started with people like Anna Jarvis. It’s sometimes taken for granted. I bet you had a wonderful day and appropriately celebrated as a fantastic person. Mothers have raised their healthy children are Wise, ‘Rich and Wealthy.’ We could talk about mothers forever, recounting the innumerable benefits of having a mother, good one or not so good one. Even non-biological mothers, one acting as mother, aunt, grandmother, father, friend and more are irreplaceable. The imagery of or its reality. Mothers are great! The attachment of children and other family members to mothers…

There’s nothing like “mother love.” Mother’s Day has been used to launch political and feminist causes. In 1968, Coretta Scott King, wife of Martin Luther King Jr., used Mother’s Day to host a march in support of underprivileged women and children. In the 1970s, women’s groups used the holiday as a time to highlight the need for equal rights. It’s observed differently worldwide. Without mothers, who would be our children’s first teachers? Anna Jarvis in 1908 created The American incarnation of Mother’s Day and it became an official U.S. holiday in 1914. Jarvis later denounced the holiday’s commercialization and spent the latter part of her life trying to remove it from the calendar. Celebrations of mothers trace back to ancient Greeks and Romans; festivals honoring goddesses, Rhea and Cybele. The modern precedent for Mother’s Day is the early Christian festival: “Mothering Sunday.” Once a major tradition in the United Kingdom and parts of Europe, this celebration fell on the fourth Sunday in Lent and was originally seen as a time when the faithful would return to their “mother church”—the main church in the vicinity of their home—for a special service. The origins of Mother’s Day as celebrated in the United States date back to the 19th century. In the years before the Civil War, Ann Reeves Jarvis of West Virginia helped start “Mothers’ Day Work Clubs,” later became a unifying force in a region of the country still divided over the Civil War. In 1868 organized “Mothers’ Friendship Day.” In 1870 Howe wrote the “Mother’s Day Proclamation,” a call to action to unite in promoting world peace. In 1873 Howe campaigned for a “Mother’s Peace Day.” The Mothering Sunday tradition shifted into a more secular holiday, children buying presents for their mothers, which eventually faded in popularity before merging with the American Mother’s Day in the 1930s & 1940s. The official Mother’s Day holiday was in 1900s as a result of the efforts of Anna Jarvis.

Following her mother’s 1905 death, Anna Jarvis conceived of Mother’s Day as a way of honoring the sacrifices mothers made for their children. In May 1908 she organized the first official Mother’s Day celebration at a Methodist church in Grafton, West Virginia. 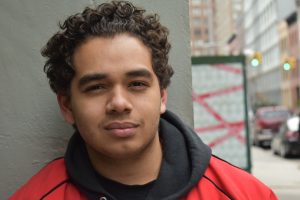 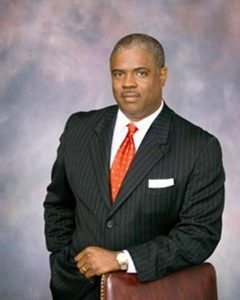 Letting the ‘Cat’ Out of the Bag on Sacramento PD

Another Letter and Libation for Limbiko: Nurturing, Living and Linking the ...